Common word held to be distinctive for Class 18 goods

Registration 1287550
Porter International, a local company, filed an opposition with the TIPO based on its famous earlier trademarks, including the marks PORTER (and design): 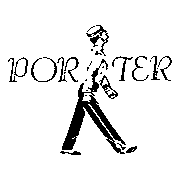 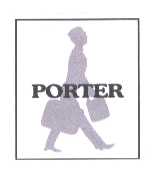 Registration 1101637
After examination, the TIPO held that the opposed trademark was likely to cause confusion among the relevant public and cancelled the registration under Article 23-1(13) of the Trademark Act.  The TIPO's reasoning was as follows:
The plaintiff filed an administrative appeal with the Ministry of Economic Affairs, but the latter upheld the TIPO's decision. The plaintiff then filed an administrative suit with the Intellectual Property Court.
On August 4 2011 the Intellectual Property Court dismissed the administrative suit for almost the same reasons as those set forth in the TIPO’s decision. However, the court also found that there were no other valid trademark registrations containing the word 'porter' in the Trademark Register, except those owned by the parties. The court concluded that the earlier trademarks were distinctive for the goods at issue. The court thus held that, since the opposed trademark was likely to cause confusion among the relevant consumers in Taiwan, it should be cancelled.
The plaintiff may appeal to the Supreme Administrative Court.