Colour trademarks: Tel Aviv District Court grants interim relief against combination of colours and graphics similar to that of Orange

In an interesting decision devoted to a colour trademark, on 4 July 2019 the Tel Aviv District Court enjoined a relative newcomer to the telecoms market, 018 Shop Ltd, from continuing to use advertising materials which used a combination of colours and graphics similar to those used by the Orange group. However, the court stressed that Orange’s trademarks in respect of a specific shade of the colour orange could not prevent competitors from using the colour orange (CC 57003-11-18 Orange Brand Services Ltd v 018 Shop Ltd (2019)).

The French telecoms giant, Orange SA, did business in Israel through its local licensee Partner Communications between 1999 and 2016, when it terminated Partner's licence while retaining a presence in the research and development arena, such as in conferences and start-up events. The Orange group has, since 1994, used a particular shade of orange in its global branding and advertising.

Orange Brand Services Ltd, the subsidiary managing the group's IP portfolio, holds Israeli trademark registrations 125724 and 125725 in respect of the colour orange in the shade known as Pantone 151, in respect of a variety of telecoms products and services, registered under Classes 9 and 38. 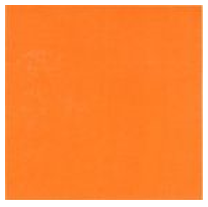 The company also holds multiple registered marks, which feature designs which combine the colours used by Orange in its marketing efforts, including orange, white and black. 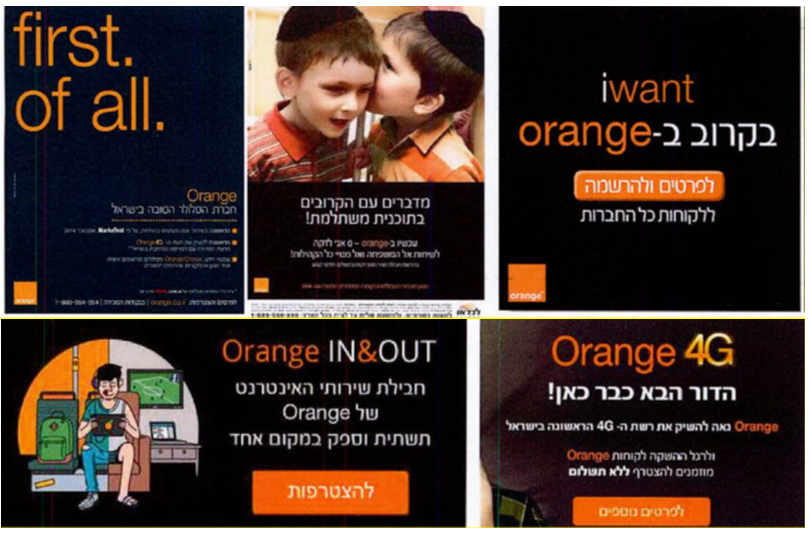 According to Orange, between 1999 and 2016 it invested hundreds of millions of shekels in advertising its products and services in Israel, received billions of shekels in the annual sales for its products and services and held almost 30% of the cellular telephony market in the country. Its brand was also highly ranked according to brand indexes in Israel during this period.

In the global market as well as in Israel, Orange used the colour orange and a specific design format of orange and white elements on a black or dark-grey background, which, according to Orange, distinguished its products from its competitors and became well known.

In 2014 Orange pioneered the launch of the 4G cellular network in Israel.

The respondent, 018 Shop Ltd launched its telecoms services in 2018 in an advertising campaign that, as Orange claimed, imitated Orange’s advertising in its choice of a confusingly similar shade of orange and confusingly similar colour combinations and graphics – in particular, a black background with orange lettering for the primary text and white for the secondary text, while also using similar font types and no capital letters.

Orange sued 018 for the infringement of its registered marks in respect of the colour orange, for the infringement of its well-known mark in respect of the design format and for passing off and unjust enrichment. Orange sought an interim injunction against 018’s advertising claiming that the respondent was prohibited from using the colour orange and Orange’s design format for advertising telecoms services, arguing that such use resulted in a likelihood of confusion and that the company was free-riding on Orange's considerable goodwill and thus damaging its proprietary rights.

Orange also stressed that the brand name chosen by the respondent was transparent and did not add distinctiveness or prevent the likelihood of confusion.

The respondent argued that Orange was not entitled to interim relief due to an absence of a cause of action, claiming that its use of a different shade of orange (Pantone 26722) did not infringe Orange's registered marks and remained open for use and did not create a likelihood of confusion for consumers.

Figure 5. Comparison of the shades of orange in question

The respondent explained that it chose the colour because many other colours – such as purple, blue, yellow and green – were already in use by other operators in the Israeli telecoms market. It also alleged that the graphics and colour combinations used in its advertising were generic and could not be appropriated by a single party.

The respondent further claimed that such marks should be subject to cancellation as they were registered in bad faith and attempt to monopolise a colour. The respondent also made an argument of non-use after Orange's exit from the Israeli market (proceedings before the Israel Patent Office are pending).

As to well-known marks and passing off, 018 attacked Orange’s reputation and the alleged damage to it due to the fact it had ceased doing business in Israel. While not explicitly arguing that goodwill accrued to Partner and not Orange, it asserted that business was done by Partner and not by Orange.

The respondent further objected to interim relief on various procedural grounds, such as laches and unclean hands in withholding information surrounding its exit from Israel. It also claimed that an interim injunction in this case was disproportionate and would be equivalent to final relief.

As its evidence, Orange adduced an affidavit of its officer, two consumer surveys – one dealing with 018’s advertisement and the other with its website – and an expert opinion given by a brand design specialist.

The respondent submitted affidavits given by its marketing officer and by its advertising consultant but did not adduce consumer surveys or expert opinions.

With regard to the orange colour trademark, the court held that Orange's registrations, limited to a specific shade of orange, do not preclude competitors from using other shades of orange and thus were not infringed. The court did not examine in this context whether the accused use was confusingly similar.

At the same time, the court held that – having considered Orange's large investments in marketing over a long period, huge sales and its significant segment of the market during its years of business activity in Israel, as well as its continued presence in the research arena and continued brand recognition on the part of Israeli consumers – the specific unique format of colour and graphic combination had gained a reputation and had become well-known and was thus protectable.

The court held that the consumer surveys that had been completed – which showed approximately 30% of respondents identified the defendant’s materials as being those of Orange and that 50% of respondents made a connection to Orange – provided evidence that there existed a likelihood of confusion.

The same elements of reputation and the likelihood of confusion also entitled Orange to protection under the tort of passing off.

The court held that Orange was entitled to an interim injunction as the applicant had a prima facie cause of action which was substantiated by evidence, and the balance of convenience was tilted in its favour as its damage in losing its goodwill would not be compensable, while any harm to the defendant, which had only recently launched its business, was compensable monetarily. The interim injunction was viewed as appropriate to protect the applicant's property rights as well as consumers from confusion, although it did not correspond with the final requested remedies.

On procedural objections, it was held that the defence of laches did not avail the respondent, as the delay was not accompanied by any misrepresentation as to the applicant’s acquiescence, there was a cease and desist letter that the respondent did not respond to for a long time, and its conduct amounted to a continuing tort. The court did not find that Orange misrepresented any facts regarding its exit from the Israeli market.

The court issued an interim injunction barring 018 from using the unique design format in its advertising.

Orange was required to provide guarantees to the amount of NIS 200,000 and was awarded legal costs of NIS 20,000.