In Intermark Srl v Office for Harmonisation in the Internal Market (OHIM) (Case T-384/13, March 18 2015), the General Court has confirmed an opposition decision refusing the registration of Intermark Srl's figurative sign based on earlier registrations for figurative and word marks owned by The Coca-Cola Company due to a likelihood of confusion between the marks. The outcome can be seen as a victory for Coca-Cola in its efforts to protect its white cursive script against a red background.

On November 9 2010 Intermark Srl filed an application for registration as a Community trademark of the figurative sign RIENERGY COLA, depicted below. Registration was sought in Class 32 (beverages) and Class 35 (advertising) of the Nice Classification.

On April 15 2011 Coca-Cola filed a notice of opposition against the registration of the trademark pursuant to Article 41 of the Community Trademark Regulation (207/2009), based on the earlier Community figurative mark shown below and the Community word mark COCA-COLA, both registered for Classes 32 and 35. The opposition was based on Article 8(1)(b) and Article 8(5) of the regulation. 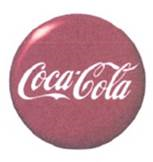 The Opposition Division upheld the opposition in its entirety on April 17 2012. On June 15 2012 Intermark filed a notice of appeal with OHIM, pursuant to Articles 58 to 64 of the regulation. The appeal was dismissed by the Second Board of Appeal of OHIM on May 6 2013 because, in essence, there was a likelihood of confusion within the meaning of Article 8(1)(b) given the reputation of the earlier marks for beverages. Intermark appealed.

Before the General Court, Intermark submitted that the Board of Appeal had erred in finding that there was a likelihood of confusion between the signs. According to Intermark, the degree of similarity was so low that it precluded a finding that there was a likelihood of confusion, even though the goods and services were identical. Visually, there were more differences than similarities between the signs. Phonetically, the signs were different and there was no reason for the public not to pronounce the word ‘rienergy’. Conceptually, the word ‘cola’ - considered by the vast majority of the relevant public to be generic - was descriptive of the goods in Class 32, while the word ‘rienergy’, although fanciful, referred to the word ‘energy’, which is linked to the concept of energy. Consequently, the signs, taken as a whole, were dissimilar.

OHIM contended that the Board of Appeal had not erred in concluding that there was a likelihood of confusion between the sings at issue.

First, the court held that, regarding the similarity of the goods, it was not disputed by the parties that the goods and services were identical. Second, regarding the similarity of the signs, the court noted that the comparison must be made by examining each of the marks in question as a whole, which does not mean that the overall impression conveyed to the relevant public by a composite trademark may not, in certain circumstances, be dominated by one of its components.

The word element ‘cola’, which occupied the greater part of the space in the mark applied for and is situated in the centre of that mark, was the dominant element. It was true that the word element ‘rienergy’ had distinctive character in respect of the goods and services at issue inasmuch as it was a "fantasy word". The element ‘rienergy’, however, was of a very small size, which made it difficult to read; therefore, that element played a subsidiary role in the mark applied for. The same was true for the figurative element situated above the word ‘rienergy’.

In view of the fact that the word ‘coca’ also designated an original ingredient of the beverages and contained the same number of letters as the word ‘cola’, those two words played a similar role in the earlier marks in respect of the goods in Class 32. Because the word ‘cola’ had no connection with the services in Class 35, it had distinctive character, at least as regards the earlier word mark. It was apparent from those factors that the word ‘cola’ could not be disregarded in a comparison of the signs. The element constituted the dominant element in the mark applied for and a non-negligible, or even distinctive, element in the earlier marks.

As regards the visual aspect, the Board of Appeal had correctly stated that there were a number of similarities between the marks, in particular the word ‘cola’, represented in white cursive script on a red background. The other elements of Intermark's sign, in view of their small size, did not permit the inference that the differences between the signs at issue prevailed over their similarities. The presence of the word ‘coca’ could not alter the fact that the dominant element in the mark applied for was also present in the earlier mark or that they had the same colours. The Board of Appeal had thus been correct to find the signs more similar than dissimilar visually.

As regards the conceptual aspect, the word ‘cola’, which was common to the signs, could be understood by the relevant public as referring to cola nuts. In that sense, the Board of Appeal had correctly pointed out that there was a conceptual convergence between the signs. The addition of the word ‘rienergy’, which has no particular meaning, was therefore not capable of weakening the conceptual similarity. Intermark's argument that the word ‘rienergy’ referred directly to the concept of energy must be rejected as it was a "fantasy word". Therefore, the Board of Appeal had not erred in finding that the signs were similar overall.

Regarding the likelihood of confusion, the court noted that there were a number of similarities, in particular visually, between the signs. As regards the likelihood of confusion between the mark applied for and the earlier word mark COCA-COLA, it pointed out that it was true that the similarities between the two signs were less significant visually, but there was a certain degree of phonetic and conceptual similarity. The court pointed out that it must be taken into account that the earlier mark enjoyed a reputation in respect of some of the goods in Class 32, especially when it is depicted "in its classic white cursive script on a red background". The assessment of the likelihood of confusion, also in the light of the reputation of the earlier mark, must take into account not only the fact that the dominant element in Intermark's sign reproduces one of the two word elements, but also that it is depicted in white cursive script on a red background and that the goods at issue are identical.

The court concluded that the Board of Appeal had correctly found that there was a likelihood of confusion between the signs for the relevant public as regards the goods in Class 32 and the services in Class 35. Intermark's plea was rejected as unfounded and the action was dismissed in its entirety.