In July 2013 The Coca-Cola Company sued Oleg Tsirikidze, an individual entrepreneur who produced and distributed kvass (a non-alcoholic rye drink) in bottles which allegedly reproduced protected elements of Coca-Cola’s trademarks for the shape of its Coca-Cola bottles (Nos 210724 and 353681), pictured below: 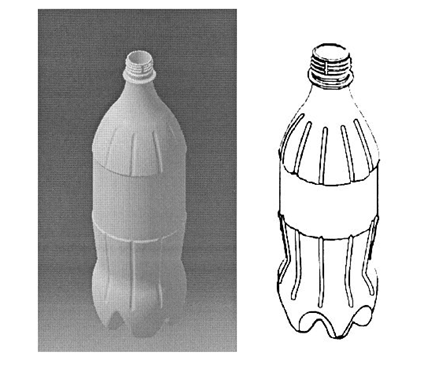 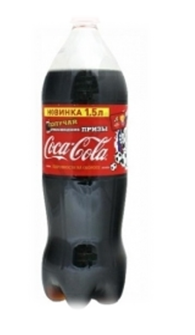 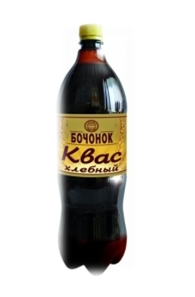 The suit was examined by the Omsk Commercial Court (Siberia).

To support its claims, the plaintiff provided an expert opinion making a comparative analysis of Coca-Cola's and the respondent's bottles. In turn, the respondent submitted a public poll prepared by UNO-Marketing company, which showed that there was no similarity between the bottles, as the visual differences between the bottles allowed consumers to distinguish easily between them. The respondent also stated that the elements that were common to both bottles were explained by technological procedures.

The Russian judicial procedure allows the parties to submit expert reports, but does not oblige the court to agree with any of the opinions expressed in the reports. When issuing its judgment, the court should be guided by its own convictions, based on an overall, unbiased examination of the case.

In the present case, both parties submitted several bottles to the court. The court compared the bottles of the plaintiff with those of the respondent and found that the latter were not similar to Coca-Cola's trademarks. The court stated that the specimens of both parties were easily distinguishable and, therefore, were not confusingly similar. Further, the drinks distributed in the bottles were different. The court agreed with the respondent that all bottles for this type of drinks were cylindrical in shape and that manufacturing technology dictated the presence of some common elements. At the same time, there were differences between the bottles - the shoulders of the plaintiff’s bottle were more rounded, while the respondent’s bottle had more ribs, which were of a triangular form. As a result, the court dismissed Coca-Cola’s claims.

Coca-Cola appealed the decision of the court of first instance to the Eighth Appellate Court in the same region. Coca-Cola argued that the first instance court had erred in concluding that there was no likelihood of confusion between the bottles. This conclusion contradicted the evidence on file (ie, an expert report submitted by the plaintiff itself). Further, the plaintiff argued that the court had discussed the similarity between the respondent's bottle and Coca-Cola's trademarks, instead of considering the likelihood of confusion among consumers.

The respondent argued that the existence of common elements in the bottles was explained by technological requirements. He also argued that the design of his bottle was created in 2006, while the three-dimensional image of the bottle was registered by the plaintiff as a trademark in 2007. The plaintiff responded that the court had not examined the relevant manufacturing technology and that there was no evidence to demonstrate the respondent's argument in this respect. The plaintiff also explained that it had based its arguments with regard to technology on the national standards regulating the manufacture of bottles, but that such arguments had not been evaluated by the court.

The Eighth Appellate Court stated that the plaintiff purported to compare the bottles, instead of comparing the respondent’s bottle with the plaintiff's trademarks, which showed that it had substituted legal notions. The court noted that the expert opinion submitted by the plaintiff mentioned that the design of the bottle had been created a long time ago and could be regarded as copyright; however, the plaintiff had not provided any evidence of copyright. Consequently, the court upheld the judgment of the first instance court.

The court upheld the judgment of the lower courts. In doing so, it confirmed the conclusion of the appellate court that the respondent's bottles were manufactured based on the drawings of a German company prepared in 2006, on the basis of a contract with the respondent dated July 1 2006. On the other hand, trademark No 353681 was registered in 2008, with a priority date of August 8 2006. The court also agreed with the aforementioned statements of the respondent.

The final judgment came into force in March 2014. Arguably, the decision of the court is well balanced and well grounded.