Print article
Germany
Legal updates: case law analysis and intelligence
In the long-running dispute between Chocoladefabriken Lindt & Sprüngli AG and its competitor Riegelein, on July 15 2010 the Bundesgerichtshof (the German Federal Court) overturned a decision of the Oberlandesgericht Frankfurt (the Higher Regional Court of Frankfurt) in which the latter had found that there was no likelihood of confusion between Lindt's three-dimensional (3D) bunny mark and Riegelein's chocolate bunny. 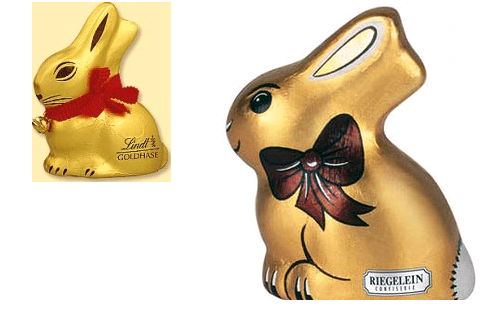 The dispute started in 2002. Both the first instance court and the Oberlandesgericht Frankfurt denied Lindt's request for an injunction, arguing that the word mark LINDT, which is visible on the 3D bunny mark, precluded any likelihood of confusion with Riegelein's chocolate bunny.

In an October 2006 decision, the Bundesgerichtshof reversed for the first time: the court held that the overall impression of Lindt's mark, rather than the word mark alone, had to be taken into account. The case was thus sent back to the Oberlandesgericht Frankfurt.
In the second oral proceedings, Lindt submitted a sample of a Riegelein bunny and requested that the sale of chocolate bunnies "such as the one submitted" be enjoined. The Oberlandesgericht Frankfurt, in its second decision, still found that there was no likelihood of confusion between the mark and Riegelein's bunny, noting that:
Lindt appealed again to the Bundesgerichtshof, but the sample submitted during the second oral hearing was lost. The Bundesgerichtshof was not amused, noting that it could not examine whether the lower court's decision was correct if the basis for the decision was not in the file. More importantly, it also held that the Oberlandesgericht had insufficiently explained why, in view of a survey showing that a large majority of the public associated a gold bunny in the shape of the mark with Lindt even without a red ribbon and without any facial features, the lack of ribbon and the "cheerful" expression of the Riegelein bunny could preclude a likelihood of confusion.
The case was thus sent back to Oberlandesgericht Frankfurt for a third round.

Lindt's 3D bunny mark has also been involved in proceedings before the Court of Justice of the European Union in a dispute between Lindt and an Austrian competitor (for further details please see "ECJ rules on bad-faith CTM applications in chocolate bunny case").