Regionality is a well-known characteristic of trademark protection and brings particular jurisdictional challenges for fashion and luxury brands. In China, these challenges include trademark squatting and parallel imports.

According to Article 3 of the Trademark Law, China operates under the registration principle, with a trademark application the legal basis for exclusive rights over it. Accordingly, even if a trademark user has already used a mark commercially, it cannot obtain exclusive rights over it unless it files an application for registration with the State Intellectual Property Office (SIPO). However, this system creates lucrative opportunities for trademark squatters.

Before entering the Chinese market, most foreign fashion and luxury brand owners will apply to register trademarks in order to obtain enforceable protection in China. Sometimes these applications will be rejected by SIPO due to an existing similar or identical trademark registration, which in many cases is held by a trademark squatter. However, under certain circumstances and with sufficient evidence, well-known foreign trademark owners can overcome this challenge. According to Article 13 of the Trademark Law, in the event of an application to register a trademark that is a reproduction, imitation or translation of another’s well-known trademark not registered in China for the same or similar goods, and is consequentially likely to create confusion, the application will be rejected and the trademark prohibited from use. However, in practice, the authorities’ recognition of well-known trademarks is limited and only a few trademarks reach these requirements.

According to Articles 9 and 32 of the Trademark Law, a trademark application will not prejudice any pre-existing rights belonging to others. Therefore, if the trademark to be squatted has sufficient distinctive features and can be protected as a copyright work, the prior rights holder is entitled to file an invalidation application within five years of the registration date of the squatted trademark. This must be accompanied with sufficient evidence to prove that the copyright work had been published before the trademark application date.

Article 32 prohibits the use of improper means to forestall the registration of a trademark that is already being used by another party to produce a certain influence. Therefore, the rights holder may file an invalidation application within five years after the squatted trademark’s registration date, along with sufficient evidence to prove the prior trademark use in China and that significant reputation had been obtained through its use.

According to Article 49, any entity or individual may apply to the SIPO to cancel a registered trademark that has not been in use for three consecutive years without justification.

Parallel imports refer to the import of a product by third parties, without the consent of the rights holder or authorised user where the product’s rights are protected in two or more countries. It is a common phenomenon in international trade practice with some countries (eg, the United States) allowing so-called ‘grey market’ imports.

The Trade-Related Aspects of Intellectual Property Rights Agreement and other international conventions have no explicit provisions regarding parallel imports. Due to the need to balance the interests of both rights holders and the general public, this issue has become a dilemma across many countries. If a country allows parallel imports, the interests of the rights holder may be harmed. However, banning parallel imports can lead to a monopoly, which will affect the freedom of international trade, thus affecting the public interest. As far as trademark rights are concerned, the laws of different countries have differing opinions on whether the application of the principle of exhaustion of rights should be limited to exhaustion within a specific region or worldwide.

In China, there is no clear legal provision for the parallel import of goods bearing trademarks. However, Chinese courts tend to determine that if the same trademark is registered in different countries and owned by the same entity, then the relevant parallel import does not constitute trademark infringement.

The basic function of a trademark is to distinguish the source of goods. Considering that parallel import goods are also produced and sold by the same rights holder, the circulation of the goods will not cause confusion or misrecognition by consumers or damage the trademark’s reputation. Therefore, the parallel import will not be deemed to infringe the trademark’s exclusive right.

The absence of legal prohibition allows for more freedom, as the current trademark law and other laws do not explicitly prohibit parallel imports. Therefore, third-party imported goods which are legally circulated on the extraterritorial market to China for sale do not violate Chinese trademark law and related provisions.

The Supreme People’s Court of China has issued a guiding decision with regard to parallel imports in a case between a foreign plaintiff and a domestic defendant ((2012) Hu Er Zhong Min Wu (Zhi) Chu Zi 86).

The defendant purchased genuine products bearing the Victoria’s Secret brand from the plaintiff’s parent, Limited Brands, and sold the goods to multiple retailers in a wholesale manner. It breached the agreement of “remarketing by traditional retail only (wholesale and online sales are forbidden)” between the defendant and Limited Brands. However, the goods sold by the defendant were genuine products, not counterfeit goods, purchased from Limited Brands and imported through formal channels. The defendant used the plaintiff’s registered trademark in the process of selling the goods on product tags, hangers, bags and brochures. These activities caused no confusion or misrecognition among the relevant public with regard to the products’ origin. Therefore, the defendant’s sale of the allegedly infringing goods to retailers did not constitute an infringement of the plaintiff’s exclusive trademark right. However, the Shanghai Intermediate People’s Court found that the defendant had no evidence to prove that it was the only designated general distributor of Victoria’s Secret branded goods. Thus, the defendant had subjective malice in misleading the public, which constituted false advertising and unfair competition. 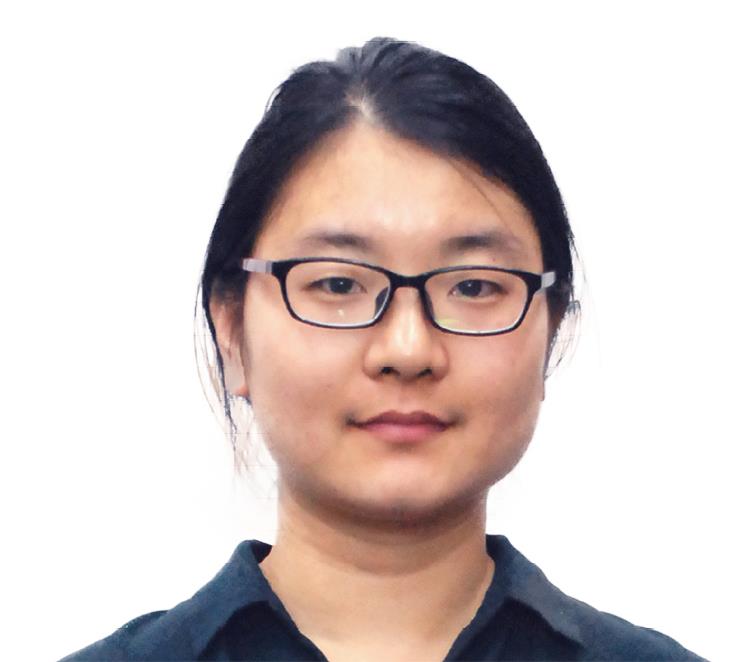 Wenqi Song received her juris master degree from Hebei Economic and Trade University in 2016. She obtained her bachelor’s degree in law from Hebei University Industrial and Commercial College in 2014 and passed the China bar exam in 2013. Ms Song joined Kangxin in 2016. She specialises in IP and unfair competition litigation, as well as contract drafting and reviewing. Ms Song has participated in several successful cases in civil and administrative litigation, and contract reviewing.