Unlike patents, registered trademarks benefit from 10 years of protection and unlimited renewals, making them a valuable tool when it comes to safeguarding pharmaceutical products

The rise in IP litigation involving pharmaceutical trademarks, generic drug names and commodity names suggests that rights holders would do well to develop a trademark strategy for their pharmaceutical products in line with other aspects of IP protection. This is all the more crucial given that registered trademarks benefit from 10 years of protection and unlimited renewals – unlike patents, they can essentially enjoy permanent protection.

Pharmaceutical manufacturers thus need to register a trademark for their products before they enter the market – consumers can then be encouraged to refer to products by the designated trademark right from the start. In the same way, foreign or international enterprises should ensure that they have a Chinese trademark in place before their products are launched on the Chinese market. Case law in this area provides a stark illustration of why such precautions are necessary.

Pfizer’s VIAGRA mark (1130739) was approved for registration in Class 5 for human drugs and medical preparations in China on November 28 1997 and then renewed for two further 10-year terms. Wellman applied to register the mark ‘伟哥’ (1911818) in Class 5 on June 2 1998, with registration granted on June 22 2002. Pfizer applied to register the mark ‘伟哥’, but its application was refused. In Pfizer Inc v Jiangsu Lianhuan Pharmaceutical Co, Ltd ((2009) Min Shen Zi No 312) the plaintiff and defendant submitted evidence which clearly demonstrated that, between 1998 and 2003, at least 30 newspapers described ‘伟哥’ as the Chinese translation of ‘Viagra’. ‘伟哥’ is also described as the Chinese translation of ‘Viagra’ in the China Food and Drug Administration’s Urgent Notice Concerning the Detainment of Counterfeit ‘伟哥’ Drugs (1999, No 72).

The administration replied to Wellman in Urgent Notice 2000/19 that ‘伟哥’ and its English name ‘Viagra’ are not the recognised pharmaceutical generic or commodity names of Pfizer’s Sildenafil. Pfizer’s attorney specifically stated that the commodity name of Viagra is ‘万艾可’, a trademark registration for which is owned by Pfizer in China. Further, Pfizer admitted at first instance that it never used the ‘伟哥’ mark.

Based on this evidence and these facts, the Beijing First Intermediate Court and the Supreme People’s Court held that the evidence presented could not prove that ‘伟哥’ was Pfizer’s unregistered mark for Viagra. As a result, Pfizer lost trademark rights in ‘伟哥’.

Conflicts between commodity names and trademarks

Considering that these names are regulated separately by the Drug Administration Law and the Trademark Law respectively, it is little wonder that conflicts between trademarks and commodity names often bring rights holders before the courts.

In Wang Liang v Wuhan Administration for Industry and Commerce, Shanxi Ya Bao Pharmaceutical Group Co, Ltd applied to register ‘丁桂’ (3248395) – a combination of the Chinese names for clove and cinnamon – in Class 5 for tablets, patches and ointments in 2002. The mark was approved for registration on November 21 2013.

Wuhan City San Chu Technology Development Co, Ltd used the marks ‘丁桂宝’ and ‘丁桂姜’ on its paediatric diarrhoea medicine, with the packaging carrying the letters ‘TM’ on the top right. The official reply sent by the Trademark Office to the relevant administration for industry and commerce (AIC) on January 7 2006 mentioned that ‘丁桂儿剂贴’ is the commodity name of a traditional Chinese drug whose ingredients include cloves (‘丁香’) and cinnamon (‘肉桂’). According to Chinese proprietary naming rules, compound traditional Chinese drugs can be named by condensing the names of the main ingredients. Thus, while the trademark owner could not prevent others from using ‘丁桂’ to describe drugs containing cloves and cinnamon, the use should be limited to explaining the drug’s ingredients. In this case, ‘丁桂宝’ and ‘丁桂姜’ were marked with ‘TM’ – the use thus constituted trademark infringement. The case was selected as one of the Supreme People’s Procuratorate’s top 10 typical IP cases of 2013.

In Jilin Province Northern Pharmaceutical Co, Ltd v Jilin Province Hu Mua Animal Health Products Co, Ltd (2015, Chang Min San Chu Zi No 82), the plaintiff applied to register the trademark ‘感康’ (1775614) on December 17 1998 for human drugs in Class 5, with approval granted on May 28 2002. The mark was designated as being well known by the AIC in 2007. ‘华牧感康’ was the commodity name of the defendant’s lincomycin hydrochloride injection, which was approved by Jilin Province’s animal husbandry authority as an animal drug on July 1997. ‘华牧感康’ appeared prominently on the packaging of the defendant’s poultry medicine. The court finally judged that ‘华牧感康’ and ‘感康’ constituted similar marks, human drugs and animal drugs are similar goods and the behaviour of the defendants constituted trademark infringement.

In this case, the defendant’s commodity name was registered before the application date of the plaintiff’s trademark. However, the use of the commodity name was still recognised as trademark infringement by the court. According to Article 59.3 of the Trademark Law, where an identical or similar trademark with a certain influence has been used for the same or similar goods by others before the application is filed, the exclusive rights holder may not prohibit the user of the aforesaid trademark from continued use of such within the original scope. However, it may request that the user affix additional logos in order to distinguish between the products.

The following conditions apply in order to cite this provision to defend against a plaintiff’s claims:

To succeed in the Chinese pharmaceutical market, an enterprise should establish its trademark registration strategy at the same time as it develops its new drugs so that the drugs are protected by registration before they launch. Applications should avoid using generic names to ensure that exclusive rights can be obtained. Finally, while it is possible to use a commodity name which is similar to a registered trademark, such use should be carefully limited. A commodity name should never be used as a trademark, to avoid a finding of infringement. 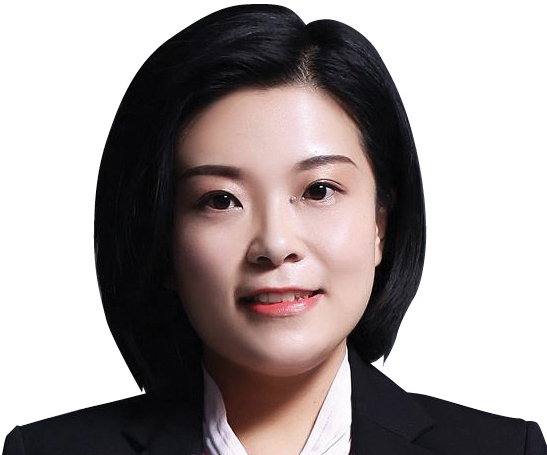 Alice Li obtained her BA in chemistry from Liaocheng University in 2010 and her MA in law from Renmin University in 2014. Her areas of specialisation include IP strategy, trademark disputes, domain name disputes, trademark licensing, customs actions, onsite investigation and unfair competition litigation. Ms Li worked on Swarovksi AG v Shenyang Swarov Wedding Photo Co, Ltd, which was recognised as one of the top 10 typical IP litigation cases in Liaoning Province in 2014.