China: The problem with defining ‘famous’

Well-known marks and famous marks are two distinct concepts in China – while a broader scope of protection is available for the former, famous certification is available only to marks registered by Chinese companies and citizens

There is no definition of a ‘famous mark’ in any of China’s governing laws and regulations. While in some jurisdictions, the concepts of ‘famous’ and ‘well-known’ marks are treated as synonymous, with the standard for securing famous mark status higher than that for well-known marks, the situation is quite different in China.

Definition and scope of protection

A ‘well-known’ mark is usually understood to be a mark which is known widely by the relevant public and which enjoys a relatively high reputation in China. A mark owned by any party from any country can be recognised as well known in China – regardless of whether it is registered or unregistered – provided that the relevant requirements are met.

According to Article 13 of the Trademark Law:

(1) Holders of trademarks known to the public may seek protection of well-known trademarks in accordance with the provisions hereof, when they believe that their rights have been infringed.

(2) Where a mark is a reproduction, imitation, or translation of a third party’s well-known trademark that has not been registered in China in respect of identical or similar goods, which is likely to lead to confusion, such mark shall not be registered and shall be prohibited from being used.

(3) Where a mark is a reproduction, imitation, or translation of a third party’s well-known trademark that has been registered in China in respect of different or other types of goods, which may mislead the public and damage the interests of the registrant of the well-known trademark, such mark shall not be registered and shall be prohibited from being used.

Article 13.1 states that even if a mark is found to be well known, this can be used as only one argument in the event of a dispute. Marks are recognised as well known on a case-by-case basis, so the effect of recognition is limited. Successful recognition of a well-known mark in one case thus does not necessarily mean that another case will yield the same result, although it can be cited as a reference in examination.

There are three main ways to acquire well-known status in China:

Protection of unregistered well-known marks is limited to marks which cover identical or similar goods or services, in accordance with Article 13(2) of the Trademark Law; whereas registered well-known marks can obtain cross-class protection. Such protection does not mean that a registered well-known trademark can be protected in any of 45 classes; other factors – such as any association between the goods and services, the distinctiveness of the mark, the degree of its reputation and the possible misunderstanding that will be caused among relevant consumers – will be taken into consideration in each specific case. Where there is a clear distinction between the goods and services covered by the disputed mark and the well-known mark, the well-known mark may be protected to prevent the dilution of its distinctiveness and reputation, provided that its reputation is high and the disputed mark was applied for in bad faith.

According to Article 14 of the Trademark Law, when determining whether a trademark is well known, the following factors should be considered:

In the trademark opposition Chanel v Huayi Maternal and Child Suppliers Company ([2013] Goxingzhongzi No 2019, issued by the Beijing High People’s Court), Chanel’s trademarks were considered to have achieved well-known status, even though the fashion giant’s submitted evidence did not meet each of the factors listed in Article 14. The opposed mark was finally rejected for registration.

In this case, the court held that when determining the status of a well-known mark, all factors listed in Article 14 will be comprehensively considered, but no single one is a prerequisite for the mark to qualify as well known. Where a trademark is widely known by relevant Chinese consumers, the court will recognise it as well known, provided that the rights holder can provide evidence that the mark is well known or the other party concerned has no objections. CHANEL has been widely known to the public in China and enjoys a high reputation as a result of long-term use and a great deal of publicity. Cited marks have also been protected as well known in previous cases. Therefore, Chanel’s burden of proof was reduced and its marks were recognised as well known.

The court further considered that the Chinese characters in the opposed trademark were identical to the second cited mark and it was thus an imitation. In addition, the designated goods of both marks were in daily use. Therefore, the marks’ coexistence in the market could mislead the relevant public, dilute the well-known effect of the cited marks and cause damage to Chanel.

The Trademark Office, the TRAB, the state AIC and the courts are responsible for recognising well-known trademarks. Famous marks in China are governed and identified by the local AIC of each province. Recognition that a mark is famous applies only to trademarks registered by local companies or individuals; foreign applicants cannot apply to certify their marks as ‘famous’ in China. For example, the Beijing AIC can only recognise and govern the certification of famous trademarks registered by individuals or companies in Beijing.

Generally, only trademarks that have been registered for at least three years can qualify for famous status before the local AIC. Applicants should provide evidence showing:

The certification of a famous trademark lasts for up to three years.

While it can be a useful option for the joint ventures or subsidiaries of foreign companies in China, it is crucial for Chinese trademark registrants to apply to have their marks certified as famous. The quality of the goods or services which the mark covers must be relatively high, so registering a mark as famous can be helpful in promoting a business, as well as the designated goods or services. Such certification can also play an important role in securing recognition of well-known status in the future.

With regard to a foreign rights holder’s unregistered trademark which has acquired a certain reputation but has not achieved well-known status, it can obtain a certain degree of protection under the relevant provisions of the Trademark Law in the event of any dispute. Considering the first-to-file principle in China, it is recommended that rights holders file trademark applications in China as soon as possible.

The Trademark Office is more receptive to protecting trademarks which have acquired a reputation, even if they do not qualify for well-known status. We have seen some opposition cases in which the marks were confusingly similar or identical and the goods and services were strongly connected, but not similar according to the Chinese classification system (eg, goods in Class 30 (coffee) and services in Class 43 (restaurants)), and the cited mark enjoyed a certain reputation. The Trademark Office ultimately rejected these applications under Article 10.1(7) of the Trademark Law, which states that “signs which are deceptive, and may easily mislead the public with regards to quality and other features of the goods shall not be registered as a trademark”.

Defensive applications in other related or even unrelated classes of goods or services are advised as a better way to protect trademark rights in China than filing oppositions or invalidations of other parties’ trademarks, which takes time and costs money, with uncertain results. 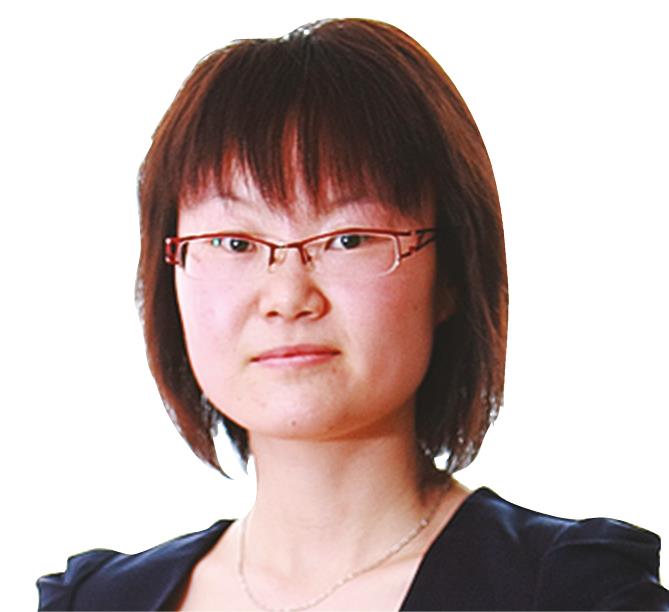