On 31 August, after a fourth reading by the Standing Committee of the National People’s Congress, China’s long-awaited E-commerce Law was adopted.

The law – which will apply to e-commerce platform operators, platform merchants and those doing business on their own websites or via other web services (including social media and messaging services) – will see operators face fines of up to Rmb500,000 ($73,260) to Rmb2 million ($292,731) if they “fail to fulfil their duties to protect consumers”. Similar penalties will also be applied if a platform fails to take action in instances where it knows, or should have known, that an operator is infringing IP rights – the new legislation further states that platforms must establish IP protection rules.

However, the new legislation also places a burden on rights holders. While platforms are required, on notification of an infringement, to take the necessary measures, they are also required to transmit the notice to the operator in question. If the operator submits a declaration of non-infringement to the platform, the rights holder then has 15 days to file an official complaint or lawsuit. If the rights holder fails to do so, the platform is free to terminate the measures taken against the infringing party. Such a move will likely result in rights holders having to launch increased legal actions in a bid to tackle online infringement.

The new law – which has been almost two years in the making – will come into force on 1 January 2019. For full analysis of the legislation, see "E-commerce law aims to end the tug of war over online liability, but risks remain". 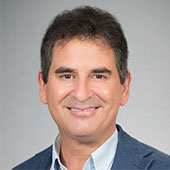 Article 45 of the new law codifies existing judicial practices by clarifying that platforms may be held jointly and severally liable if they fail to “take necessary measures” to stop sales after it has been determined that they “knew or should have known” that the items infringed IP rights. The term ‘necessary measures’ is defined modestly to cover the deletion of online ads as well as the termination of services by platforms. In this regard, Article 45 regrettably fails to define the term ‘necessary measures’ in a manner that would require platforms to engage in more proactive measures – such as searches and screening of offending advertisements. This contrasts with the positions of various courts in China, including the Higher People’s Court of Beijing, which have previously imposed a higher duty of care on platforms and other intermediaries in trademark and copyright infringement cases.