Kangxin Partners PCTrademark licensing in China continues to increase in scope and frequency, but certain considerations must be examined to ensure brand integrity

IP licensing and exploitation are on the rise in China. In the past it was predominantly foreign owners that attempted to license patents or trademarks to China. However, in recent years the trend has been leaning more towards the transfer of Chinese intellectual property to foreign licensees. As IP procurement and protection are paramount to China’s continued growth and development, significant emphasis has been placed on ensuring the integrity of all intellectual property entering and leaving the country.

While previously the focus may have been on enforcement and obtaining patents and trademarks, the trend has quickly moved to maintaining the legality and practicality of licensing agreements.

Although the trademark licensing options appear numerous at first, there are factors to consider before entering into a licensing agreement.

While most agreements are entered into with the best of intentions, unfortunately they sometimes go in a direction that no one intended. With regard to enforcing a licensing agreement, depending on which agreement is ultimately chosen, parties have different rights and obligations when it comes to litigation and combating potential infringement:

Often when infringement is discovered by a party to a licensing agreement, the first step is to make note of the infringement and acquire evidence of the illegal activity. Evidence preservation is essential to bring a successful case before the courts in China and little can be done without properly obtained evidence.

In cases in which evidence is likely to be moved or destroyed before proper preservation can take place, Chinese law allows the petitioner to request a court order to prevent the evidence from being tampered with. The court will grant this only in limited exigent circumstances, but the licensor must consider the above three rules when applying for evidence preservation.

Further, with regard to recording the licensing agreement at the trademark office, Chinese law mandates that the licensor record the agreement within three months of execution of the final agreement.

With regard to the agreement itself, there are a number of legal concerns that parties must consider before executing it. The agreement must comply with stringent contract law requirements.

While Chinese law lists a number of circumstances in which a contract and/or licensing agreement will be declared invalid, the courts tend to focus on whether the following conditions are present at the time of signature:

A number of requirements must be met to make the overall licence valid in accordance with Chinese law. The agreement must be in writing and signed by the contracting parties, and must also clearly define:

These three requirements are frequently not included in licensing agreements and issues arise from their omission.

Of particular concern are the provisions pertaining to the scope of use and supervision of the quality of goods produced using the licensed trademark. It is common for a licensor in China to exceed the scope of use and act independently for its own business purposes. Such instances may involve sub-licensing the goods to a third party without authorisation or producing goods that are not included in the licensing agreement.

Further, it is imperative for a licensor to supervise the overall quality of the goods produced. Instances have occurred in which an authorised licensee has produced inferior-quality goods for export that bear the licensor’s trademark which have entered foreign markets. As a result, the licensor’s brand was adversely affected and there were significant quality control issues for the licensor to deal with.

While Chinese contract law and the law governing license agreements are based on some of the same principles, both are nuanced in their application. Chinese contract law implements a broad brush stroke to encapsulate all commercial activity in China, while laws governing licence agreements tend to be more granular in application. It is essential to draft your agreement in accordance with the relevant contract laws and then extend the necessary overtures to meet the stringent licensing protocol.

Trademark licensing in China continues to increase in scope and frequency. As markets grow, so do the number of licensing agreements. While China may have abundant potential on a number of levels, certain considerations must be examined to ensure legal enforcement and brand integrity. Consulting counsel on any licensing agreement and taking into account local law and practice are important first steps.

While thinking creatively can yield impressive results in business, it is prudent for a brand owner to obey the rules when licensing its trademark in China. 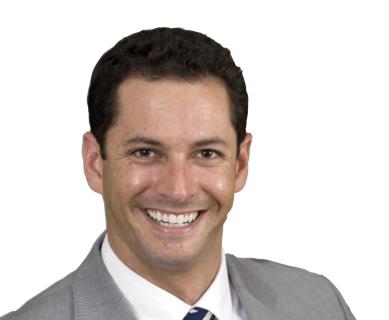 Aaron D Hurvitz joined Kangxin Partners PC in 2009 as of foreign counsel and is responsible for advising Kangxin’s foreign clients on IP law in China. Mr Hurvitz frequently lectures around the world, focusing on anti-counterfeiting and IP enforcement, and advises on doing business, licensing technology and commercialising intellectual property in China.