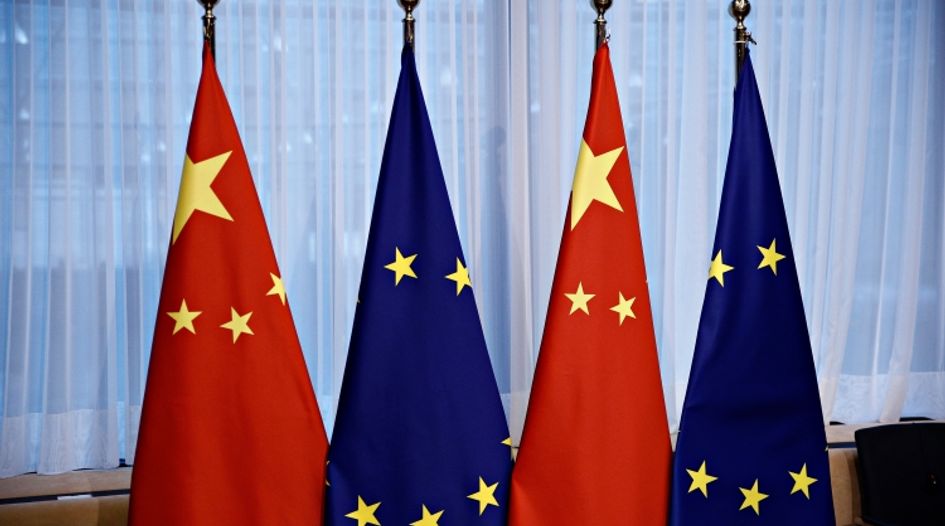 Every Tuesday and Friday, WTR presents a round-up of news, developments and insights from across the trademark sphere. In our latest edition, we look at luxury brands focused on Chinese e-commerce platforms, IP Australia opening a public consultation on fees, Red Points receives funding injection, and much more. Coverage this time from Trevor Little (TL), Adam Houldsworth (AH), Bridget Diakun (BD) and Tim Lince (TJL).

Luxury brands focus on Chinese e-commerce platforms – Luxury brands increasingly appear on Chinese e-commerce sites such as JD.com and Alibaba, rather than platforms such as Amazon, according to the Wall Street Journal. Both Alibaba and JD.com have offered separate platforms exclusively for luxury brands, with the likes of Burberry appearing on Alibaba’s Tmall site. There is another reason why high-fashion has started to appear on these online outlets, mainly because it is a better way to interact with Chinese consumers, who prefer to shop on apps and through third-party sites. (BD)

Beckham looks to score against old rival Inter Milan – This week, the sports media has jumped on the news that Major League Soccer (MLS) had filed a notice of opposition against an application for INTER at the USPTO. Spanning a range of classes, the application was originally made back in 2014 by FC Internazionale Milano (Inter Milan). The mark cited as the basis for the opposition is an application by MLS team Club Internacional De Futbol Miami (Inter Miami), the opposition filing stating that “because of the widespread use of the term INTER in soccer, the relevant consumers do not associate the term INTER with one soccer team... [and that] “no one soccer team can claim exclusive rights to the term INTER, therefore Milan has no exclusive rights to the term INTER”. The president and co-owner of Inter Miami is David Beckham, who previously played for Inter Milan’s bitter rivals AC Milan. In this battle over the INTER mark, the red and black half of Milan will likely be siding with the US brand over Italian compatriot. After all, as the old saying goes, ‘the enemy of my enemy is my friend’. (TL)

Red Points receives funding injection – Online IP infringement detection and removal services company Red Points closed $38 million in funding this week, bringing the company’s total capital raised to $64 million. The round was led by Summit Partners, with additional participation from existing investors Northzone, Mangrove, Eight Roads Ventures and Banco Sabadell. Announcing the news, Laura Urquizu, CEO and partner of Red Points, stated: “Brands have never been more vulnerable to the issues of online counterfeiting, piracy and distribution fraud. This growing threat makes it nearly impossible for a company to protect its online assets effectively without full visibility into its brand’s online presence. This investment round from Summit Partners will help to strengthen Red Points’ position as a global leader in addressing the ever-growing, rapidly evolving problem of online brand abuse. With this new funding, we plan to further expand our technology and global footprint with the goal of empowering brands worldwide to seamlessly protect their valuable assets online.” (TL)

Foot Locker launches program to build relationships with emerging brands – Foot Locker is set to introduce a new incubator program, called Greenhouse, to build stronger ties with footwear designers. There will be different projects as part of this program, one of which ‘will pair an experienced designer with an up-and-comer to launch their own brand’. Another program will put designers and athletes together to work on a line of women’s sportswear brands. Traditionally Foot Locker has made a profit from selling big name brands, however, the company is looking for a new strategy and has recently invested in a number of startups, and the Greenhouse program is another way to better connect with consumers and increase the chances of spotting new consumer trends. (BD)

EU court turns trademark appeal from medical robotics company –  The General Court of the EU has ruled that a US surgical robotics company, Medrobotics Corp’s application for “See More. Reach More. Trust More.” cannot be granted because it not distinctive. It rejected the company’s argument that the mark’s unusual sentence structure would prevent consumers from interpreting it descriptively, and stated that the public would connect the trademark to a source of products. (AH)

China Trademark Association heads to Alicante – According to a press release from the European Union Intellectual Property Office (EUIPO), a delegation from the China Trademark Association (CTA) visited its headquarters in Alicante earlier this week. Specifically, on 2 to 3 April, the CTA and the EUIPO discussed a wide range of topics across the two days, including the benefits of integrating Chinese trademark data into TMview, “which China is expected to join this year”. If that comes into fruition, it would be a huge boon for the EUIPO, which has spoken repeatedly about wanting to integrate the Chinese trademark database into TMview. (TJL)

IP Australia opens public consultation into fees – On its blog, IP Australia has formally opened a public consultation into its fees, which will remain open until 16 May. According to the office, “the 2019-20 fee review reflects the organisation’s commitment to ensuring our cost recovery arrangements continue to be in line with the Australian Government Charging Framework”. Interested parties can submit a comment on this page. (TJL)

An anti-bullying action plan – In a guest post on the DuetsBlog, Jason Voiovich reflects on a previous piece calling out the aggressive enforcement tactics of Entrepreneur magazine, with respect the ENTREPRENEUR mark. While that pieces aims to shame the mark owners and the law firm working for it, Voiovich argues that – as small businesses are often the victim of aggressive enforcement and alleged bullying – more needs to be done in terms of prevention. His pitch is for a “trademark risk score” algorithm to assess the risk related to particular trademarks and brand names. When formulating or using a brand name, the tool would give you “critical information you need to make an informed decision on next steps based on your risk tolerance”. Of course, such a system needs experts to guide it and Voiovich is seeking those from the tech, legal and marketing worlds to input into it. Crucially, he is seeking funds to build such a project – and has pledged  the first $1,000 to the fund. Will it happen? Who knows – Voiovich himself concludes: “Hate this idea? Awesome! Use it (copyright free) to come up with your own idea. Just don’t keep public shaming. That’s not helping anyone.” It’s an interesting piece and worth a read. (TL)

Direct domain name registration likely to be implemented in Australia – A Final Report on domain name registration in Australia has recommended that users and businesses with links to the country should be able to directly register second level (blank.au) domains. This is intended to open up the registration of domain names to all Australians, explain Robert Gregory and Georgia Adams of Maddocks, but the move is likely to require companies to register and maintain a larger number of domains to protect their brands from squatting. To prepare for this proposed change, organisations might audit their current registrations, appoint a key stakeholder to manage domain names and consider whether to establish an Australian presence, they comment. (AH)

Appleyard Lees makes internal promotions – Appleyard Lees has announced the internal promotions of Chris Mason, James Myatt, Howard Read, Sarah Dobson, Freya Hine and Rachel Mercer. Mason, Myatt and Howard have been elevated to senior associates, while Dobson, Hine and Mercer assume the role of associates. Joanne King, managing director, comments: “The promotions highlight the firm’s commitment to provide highly experienced IP support to our clients, while supporting the growth of our attorneys. With exceptional legal expertise and commitment to the firm, we are delighted with their promotions to associate and senior associate roles.” (TL)