Colour marks are a powerful tool for brand owners, but require careful handling

The human eye can distinguish between more than 6,000 different colours, modern printing technology can provide around 8,000 types of colour for daily use and a 24bit monitor can display 16,777,216 colours. In other words, we live in a colourful world. So what about your products?

A product with colourful packaging or decoration will obviously appeal to the natural human love of colour and a striking combination of colours can be a valuable asset. But how do you prevent your valuable colour combination from being used by a competitor? More specifically, what action can you take to protect combinations of colours when doing business in China, one of the biggest markets in the world?

A brief and straightforward answer would be to register the combination as a colour mark. A successful registration would allow the rights holder to enjoy exclusive rights of use over the colour mark in China and prevent third parties from using it without authorisation. Therefore, seeking trademark protection should be the first option for brand owners.

According to the Trademark Law, a combination of two or more colours which can distinguish the source of a product can be submitted for trademark registration (Article 8 of the Trademark Law). Apart from the regular documents required for a traditional trademark application, the following should be borne in mind when applying for a colour mark:

The main purpose of a trademark is to help customers to distinguish between various types of similar product. Therefore, distinctiveness is seriously tested during the examination of each application. Given that a combination of two or three different colours is usually too simple to pass the requisite distinctiveness test, it is not that easy to register a combination of colours in China.

In Fluke Corporation v TRAB (2013) Fluke applied to register a two-tone mark (8006090) before the China Trademark Office (CTMO), but was refused by both the CTMO and the Trademark Review and Adjudication Board (TRAB) due to a lack of distinctive features (Article 11.1(3) of the Trademark Law). In the administrative lawsuit, the Beijing First Intermediate Court held that: “According to Article 11.1(3) of the Trademark Law of the PRC, a mark without distinctive features shall not be registered as a trademark. Since the main purpose of a trademark is to differentiate the sources of products from each other, any mark which cannot achieve this purpose shall be considered as lacking distinctive features. In the current case, the designated colours and method of combination are the normal design utilised in the electronic industry, and therefore cannot be recognised as trademark.”

In a similar case, Information Card LLC v TRAB (2012), the appellant applied to register a blue mark (5858687) and was also refused by both the CTMO and TRAB for the same reason. In the second-instance administrative lawsuit, the Beijing High Court held that: “The combination of blue and white spots is too simple to be a capable mark which can distinguish the sources of goods/services.”

According to these cases, it would seem impossible that an application to register a simple combination of colours as a colour mark would ever succeed. However, if the applicant can prove that the mark in question has acquired distinctiveness and become easily distinguishable through use, it is likely that the CTMO will grant the registration (Article 11.2 of the Trademark Law).

The TRAB ruled that the Gillette Company’s trademark application for a colour mark – which had initially been refused – should be approved after reviewing the evidence of use. In contrast to the two cases discussed above, here the applicant had submitted ample evidence relating to the duration and method of use of this combination of colours on specific battery products, the advertising for the corresponding battery products and evidence of sales of products bearing the mark. These all persuaded the TRAB examiner that the mark had obtained distinguishability through long-term use.

The TRAB overruled the CTMO’s decision to refuse an application to register a black and yellow mark (4496717) and upheld Deere & Company’s claim that it had used the combination of colours on harvesters for a long period of time in China, that they enjoyed a high reputation among relevant consumers and, therefore, that the mark had acquired distinctiveness.

From the above precedents, it can be concluded that evidence of long-term use of a particular colour combination on designated products by specific methods is crucial for an applicant to successfully register a combination of colours as a trademark in China. Such evidence can include:

Unlike traditional trademarks, such as word trademarks and figurative trademarks, which can be recognised as trademarks without being placed on the designated goods, colour marks can be acknowledged as trademarks only when they appear on the products in question. This is known as the ‘method of use’. Without this, the colours will be considered only as several colours with no inherent meaning. Nevertheless, this does not mean that colour marks have only a limited scope of protection. On the contrary, in certain situations a colour mark will provide better protection than a traditional trademark.

In Deere & Company v Jiu Fang Tai He International Heavy Industries (Qingdao) Corporation (2014) the plaintiff was the rightful owner of the above-mentioned colour mark. The designated goods for which this registration applied included harvesters. The method of use was to use the colour green on the body of the harvester and yellow on the wheel hubs.

The defendants used a similar combination of colours on their harvesters and a similar method of use.

In the second-instance judgment, the Beijing High Court stated that: “during the application of the alleged trademark, Deere has clearly limited the method of use into ‘green main body and yellow wheel hubs’. Relevant consumers always associate this method of use with Deere’s agricultural machinery… Despite the Defendants labelling their own brand on the suspected infringing harvester, their use of an extremely similar colour combination by a same/similar method in the same/similar goods will cause confusion as to the goods’ origin among relevant consumers.”

This is a classic example of how to use trademark rights to protect the overall appearance of physical products. Crucially, such protection would not have been available had the trademark been a traditional figurative mark.

In Fluke Corporation v Shenzhen Fu Tai Ke Apparatus Technology Co, Ltd (2014) as discussed above, the plaintiff failed to register the respective combination of colours as a trademark. Nevertheless, Fluke owned a registration for the figurative mark in China (9723048), for electronic test equipment. In the current case, Fluke alleged that the overall appearance of the defendant’s product had infringed its registered figurative trademark right.

In comparison with Deere, we can imagine that if Fluke had obtained a registration for a colour mark, the court may have reached a different decision in this case. 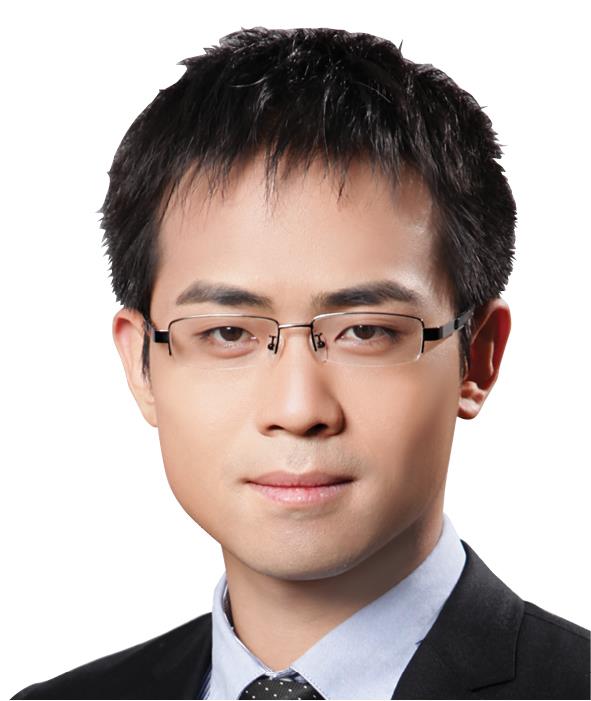