The holder of an unregistered mark has the right to use a trademark, no matter whether it is registered. However, if a mark is to be used on tobacco products, it must be registered.

China’s legislation governing the registration and protection of trademarks comprises:

China is a signatory to all major international treaties regarding registration and protection of trademarks, including:

Right to use unregistered marks

The holder of an unregistered mark has the right to use a trademark, no matter whether it is registered. However, if a mark is to be used on tobacco products, it must be registered.

Use of an unregistered mark in an extensive manner can give a descriptive mark acquired distinctiveness and thus make it eligible for registration.

The Trademark Law provides that an unregistered right, including unregistered trademarks, can be the basis of an opposition/invalidation to a trademark application/registration if:

As a general rule in China marks should be registered in order to prevent them from being used by other parties. Unregistered marks receive only limited protection unless they are well known. The owner of an unregistered but well-known mark can prevent others from registering or using a mark on goods or services that are identical or similar to those bearing the well-known mark if the mark at issue is a reproduction, imitation or translation of the well-known mark and likely to cause confusion.

‘Well-known trademarks’ are trademarks that are well known to the relevant public. The determination and protection of well-known marks depend on numerous variables. When determining whether a mark is well known, the following factors could be considered:

Any natural person, legal entity or other organisation can file and own a mark in the course of its production or business operations.

For non-Chinese applicants, a power of attorney signed by its authorised representative to appoint a Chinese trademark agent and the applicant’s certificate of good standing (or passport) are required for trademark applications. Usually, photocopies of these documents without notarisation and legalisation are sufficient for filing trademark applications in China.

Any mark consisting of words, devices, letters, numbers, three-dimensional marks, combined colours and sounds or a combination of these factors, which can distinguish the goods of a natural person, legal entity or other organisation from those of others, can qualify as a trademark.

The following signs shall not be used as a trademark:

Geographical names for administrative divisions at or above county level and foreign geographical names that are well known to the public shall not be used as trademarks, unless that have other meanings or serve as a component of a collective mark or certification mark.

None of the following marks qualify for trademark registration:

However, any such marks can be registered if it can be shown that they have acquired distinctive features as a result of use and thus become distinguishable.

Device marks that are in a shape that originates from the nature of the goods, or is necessary to achieve a technical effect or to enable the goods to keep substantive value, are not registrable as three-dimensional trademarks.

The timeframe for the Trademark Office to examine a trademark application is nine months from the receipt date of the application.

Applications that have passed examination will be published in the Trademark Gazette for three months for opposition.

After an opposition is filed, the Trademark Office shall make a decision on the opposition within 12 months of the expiration date of the publication period, although an extension of six months is available.

Non-use cancellation: If a registered mark is not used in China for three consecutive years without justification, it becomes susceptible to a non-use cancellation action. Upon receipt of such an application, the Trademark Office will notify the mark owner to submit, within two months, either:

If the registrant fails to submit sufficient evidence or acceptable reasons, the Trademark Office will cancel the registration.

‘Use’ of a mark refers to affixing trademarks to commodities, commodity packages or containers, commercial documents, advertisements, exhibitions and other commercial activities to distinguish the origin of the commodities by the trademark owner or authorised licensees.

Cancellation of generic marks: Distinctiveness is essential for registration. A mark is considered to lack distinctiveness if it becomes the generic name or figuration of the goods for which the mark is to be registered.

If a registered trademark has become the generic name of the goods, any party may file a cancellation application against it with the Trademark Office. Consequently, rights holders should ensure that they use the mark in a proper way to prevent it from becoming generic.

Invalidation: The Trademark Office shall declare a registered trademark invalid if it finds that it is a prohibited mark or lacks distinctiveness, or if the registration was acquired by fraud or other unfair means. Any other party may request the TRAB to invalidate such a registered trademark.

Renewal: After registration, a trademark should be renewed every 10 years. If the registrant fails to proceed with the renewal procedure upon expiry of the grace period, the trademark shall be cancelled.

Infringement of a registered trademark is subject to administrative action, customs measures and civil litigation, which are the three main channels for enforcing trademark rights in China. In serious cases, trademark infringements may be subject to criminal penalties and the persons directly responsible may be prosecuted for criminal liabilities and be subject to imprisonment. An unregistered well-known trademark is also protectable by administrative action and civil litigation. However, much more evidence must be produced to prove the mark’s reputation than for a regular registered trademark.

Local Administrations of Industry and Commerce (AICs) are the government authorities in charge of administrative actions and may carry out on-site investigations, take raid actions, seize infringing products and impose fines on infringers within their jurisdictions. Local customs offices can take customs actions ex officio or based on a request to prevent infringing products’ entry into or exit out of China.

The Chinese court system comprises courts at four levels: the Supreme Court on the top, higher courts in each province and municipality, intermediate courts at city level and district courts at district or county level, as well as IP courts established in Beijing, Shanghai and Guangzhou in late 2014. Many intermediate courts and a few district courts have established IP tribunals. Accordingly, a trademark infringement case initiated by a trademark owner should be brought before an IP court or IP tribunal of the court that has proper jurisdiction.

Generally speaking, AIC actions and customs measures are less costly and faster. Many administrative actions before AICs can be completed in three months from the filing of a complaint to the issuance of a written decision. On the other hand, AICs and customs offices do not have the authorisation to award damages. In civil litigation, trademark owners can claim damages and have more control over the proceeding. For example, the trademark owner can request a preliminary injunction, evidence preservation and property preservation and settle the case if needed. Chinese civil litigation is a two-instance system: most cases at first instance can be completed within one year, while cases at second instance take a few months.

As in many other civil law countries, damages in China are used to provide compensation for losses suffered by the trademark registrant; therefore, the amount of damage shall be equal to the losses of the mark owner, which includes reasonable expenses incurred in stopping the infringement. In practice, the amount of damages is calculated using:

If it is difficult to establish the amount of damages based on the above methods, the court may award, at its discretion, statutory damages of up to Rmb3 million depending on the circumstances. For bad-faith infringement, compensation may be between one and three times the damages determined in the aforesaid manners.

If a registered trademark mainly describes or directly indicates the features of the goods for which it is used, the trademark owner has no right to prohibit others from using it fairly.

If, prior to the application date of the registered trademark, another person has been using an identical or similar trademark on the same or similar goods and has acquired a certain influence, the trademark owner has no right to prohibit this person from continuing to use the mark in the same manner.

If the trademark owner fails to provide either evidence of actual use in the last three years or evidence that others have suffered loss in a litigation case, the defendant may be exempt from paying damages.

If a seller of infringing goods can prove that the goods were obtained legitimately in good faith and discloses the source, it can be exempt from paying damages.

Under the Trademark Law, when a trademark registrant licenses another party to use its registered mark, in addition to jointly executing an application form for recordation of licence, the licensor and the licensee must also issue a power of attorney respectively and provide their respective certificate of good standing. A trademark licence can only be used against a third party of good faith if it is officially recorded.

There are many areas of overlap between trademark rights and other rights, such as prior copyrights and trade name rights. In particular, prior rights can serve as prior basis to lodge oppositions if the opponent has no prior trademark rights in China.

For instance, a logo can be protected under both the trademark law as a trademark and the copyright law as an artistic work. In one case, an applicant that owned a prior trademark registration over a logo with respect to goods in Class 07 became aware of an offending trademark application filed by a third party for the same logo but designating goods in Class 25. The applicant finally prevailed in an opposition against this offending application on the grounds that it infringed upon its prior copyright over the logo.

In China, many online infringements rely on traditional rights established offline. Therefore, although domain names are registered on a first come, first served basis, prior registered or used marks and company names still form an important basis for most actions against cybersquatting. 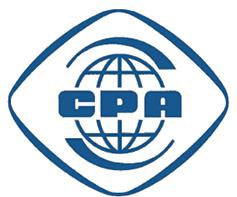 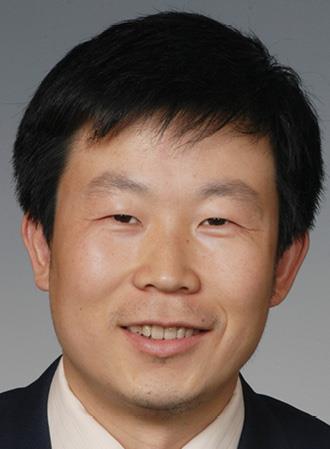 Johnson Jiang Li is a patent attorney, trademark attorney and attorney at law at China Patent Agent (HK) Ltd. He received his BS in electromechanical engineering and LLB in IP law in China and also received further training at a US law firm on US patent litigation and licensing. His practice covers all aspects of contentious and non-contentious trademark issues (including, for the latter, litigation, licensing and contracts). In addition to his daily work as a lawyer, Mr Li is also active in legal research. He is a regular speaker at IP events. 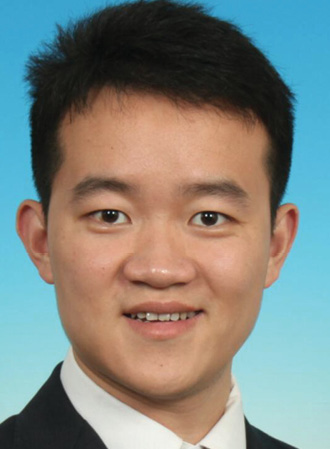 Justin Tao Jiang received his BA in General Law from East China Normal University in 2007 and passed the National Bar Examination in the same year. Mr Jiang pursued his legal studies in Renmin University of China and acquired his LLM. degree in 2009 and received further training on US trademark law and practice in the United States in 2014. He is experienced in trademark searches, applications for registration, renewals, license recordals, assignments, oppositions, cancellations and reviews on refusal, as well as trademark administrative litigation and trademark infringement cases.