The recent case of Burberry Limited v Polo Santa Roberta Holding Hong Kong Limited (HCMP 965/2014) is a salutary reminder of the genuine and actual use required of a registered mark to keep it safe from revocation for non-use. In these proceedings before the Court of First Instance, the trademark owner was unable to show any genuine use of a trademark after its registration, so the court revoked the trademark on the third anniversary of its date of registration.

Burberry has its famous check pattern registered as a trademark in Hong Kong in various classes, including Class 18 for leather goods (the 'Burberry check'). The defendant, Polo Santa, also owned a Hong Kong trademark consisting of a check pattern (the 'Polo check mark'). 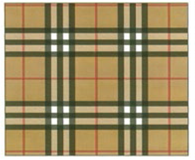 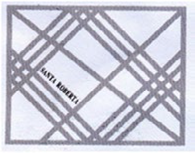 Polo Santa acquired the Polo check mark in January 2012, by assignment from its affiliate Polo Santa Roberta Limited. Prior to the assignment, Burberry had instigated proceedings against Polo Santa Roberta Limited in the High Court (HCA 1617/2010), for selling products that infringed the Burberry check. Burberry obtained summary judgment in that action on January 17 2012. The assignment had occurred on January 2 2012, just a couple of weeks before the summary judgment.

On April 16 2014 Burberry applied by originating summons to the Court of First Instance for an order revoking the Polo check mark due to three years of non-use or, alternatively, for a declaration of invalidity of the trademark registration.

Under the Hong Kong Trademarks Ordinance (Cap 559), if it is established that there has been no genuine use of a registered trademark in relation to the goods or services for which it was registered for a continuous period of at least three years, then the registrar of trademarks or the court can make an order to revoke that mark (Section 52(2)(a) of the ordinance). The three-year period may begin any time from the date on which the trademark in question was granted registration (Section 52(8) of the ordinance).

In non-use revocation proceedings, the owner of the mark in question bears the burden of proving that the mark has been genuinely used by the owner itself or with its consent in the Hong Kong market during the relevant period. In this case, Polo Santa was unable to satisfy the court that it had made any genuine use of the Polo check mark after its registration. The court held that the evidence of use produced by Polo Santa was insufficient to discharge its burden of proof. The court therefore concluded that the registration of the Polo check mark was to be revoked.

In defending the proceedings, Polo Santa relied on two main pieces of evidence:

The court made the following rulings:

The judge also noted Polo Santa’s failure to provide certain types of supporting evidence and took the view that the absence of these documents was “highly significant”. Polo Santa had never submitted any:

The judge concluded that, given the scale and regularity of the sale of products that Polo Santa alleged, it was remarkable that the catalogue was the only evidence that Polo Santa was able to produce.

This case sheds light on the kind of evidence of use that the court will be expecting in non-use revocation cases, and clarifies the standard of use required of a registered trademark. The judgment helpfully lists out certain types of documents that would assist a trademark owner in resisting non-use revocation proceedings - namely, documents evidencing the manufacture and sale of the goods, internal records, catalogues containing the defendant’s contact information, and statements from employees declaring that products had been offered for sale under the mark. Brand owners are therefore reminded to produce and preserve these documents and records, in order to safeguard their marks from revocation for non-use.