Challenge, reform and opportunity for Mexican business – a legal perspective 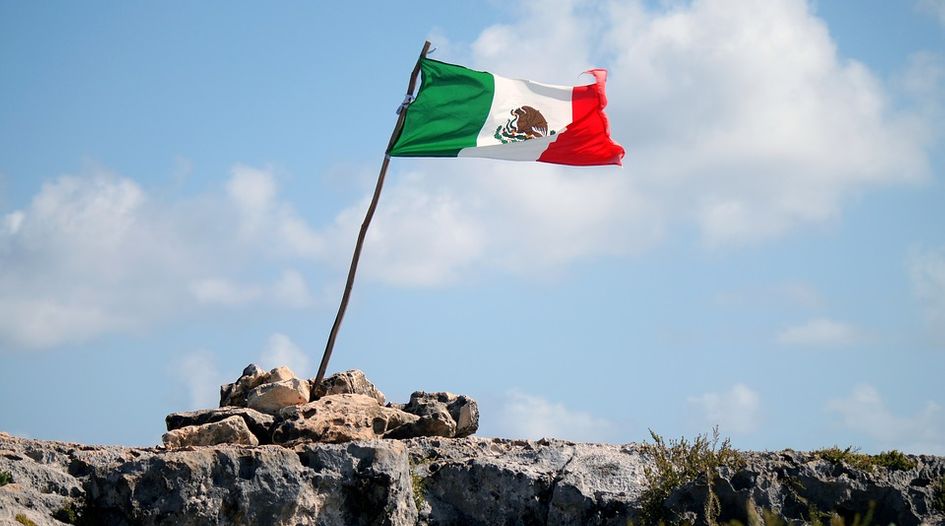 Mexico’s unique business position makes it an attractive investment location. While this brings challenges, it also signals opportunity with the reform of the Industrial Property Law.

Fuelled by consistent yet sometimes disappointing economic growth in the past two decades (averaging approximately 2% annual growth in gross domestic product), Mexico has positioned itself among the 12 largest economies in the world. With a growing population of more than 130 million, Mexico is the second largest consumer market in Latin America.

Mexico also has privileged access to the US market, integration in US manufacturing supply chains, an extensive network of free-trade agreements and a large internal market, making it an attractive investment location among emerging markets. Many companies have sought a piece of the action and in recent years have entered the Mexican market. Many more are planning to enter in the near future, despite the uncertainty surrounding new policies announced by recently elected President Andres Manuel Lopez Obrador, as well as other key issues such as high instances of crime-related violence in several regions. Of particular interest in this regard is the recent overhaul of the Industrial Property Law and what impact this is likely to have on rights holders entering the market.

Notwithstanding this encouraging broad perspective, there are several key aspects of legal and judicial practice that remain unaddressed, specifically:

This situation could be further aggravated as a result of budget cuts imposed by the new federal government in several strategic areas, including:

These areas have already seen between 12% and 30% of their available funds for 2019. This may further affect the availability of judicial services and the overall quality of judicial resolutions in different legal fields, which will be of particular concern to rights holders.

The implementation of Mexico’s latest judicial reform concerning criminal justice (enacted in 2008) brought about a much-needed overhaul of the long-criticised trial system by devising an adversarial, open trial procedure, which aimed to:

The reform includes diverse provisions creating alternative processes to deal with certain crimes, as well as the standardisation of police protocols in response to crimes. It aims to professionalise and standardise the combatting of crime and violence by attempting to tackle the roots of Mexico’s violence problem with an effective rule of law sustained by the newly educated professionals working in the criminal justice system. Crucially, the new system would prevent these actors from colluding with criminals. A reduction in corruption would therefore inspire greater trust from the broader population, resulting in an increased willingness to cooperate with the police. In an ideal world this virtuous cycle would create a justice system much more capable of resisting and successfully fighting organised crime.

The judicial reform established an eight-year window for implementation that expired in June 2016. It is therefore important to analyse whether the lofty goals set by the reform more than a decade ago have been met. It is also prudent to ask whether they were ever achievable, considering the new political landscape, which has already had an impact on the availability of budgetary funds, as well as other unforeseen obstacles suffered by companies and individuals seeking justice in Mexico.

There have been gradual improvements to multiple measures of judicial effectiveness, which may be attributed to the reform. According to Mexico’s national victim survey, the likelihood of victims coming forward has increased from 9.6% to 13.6%, signalling hope that things are starting to change.

While there are some encouraging results, a number of shortcomings show that there is still much to do, as crime and violence remain at alarming levels in several regions.

Another longstanding popular frustration is government corruption, which was the main reason that leftist-nationalist Lopez Obrador – with his motto “combat corruption” in all its forms – won the 2018 elections by a landslide.

One of the most common demands from private citizens and most business organisations is an attack on the country’s rampant corruption. Increasing examples of such corruption continue to feed the prevalent disenchantment among the public and business communities and there is still much to do in respect of mechanisms and legal instruments to combat it. However, the president has been notably ambiguous about the broadly accepted proposal to create a national anti-corruption system.

The effects of new government policies on the judiciary legal communities remain unclear, which is stoking uncertainty in business. In November 2018 the Morena party majority leader in the Mexican Senate, Ricardo Monreal, proposed a bill seeking to eliminate or cap banking fees for personal-sector customers and to reduce business charges; such fees and commissions account for more than 30% of the sector's revenues in Mexico. After several days of economic turmoil, then President-Elect Lopez Obrador intervened to state that “the modification of banking-related legislation was not among his priorities”, but he also declared that he “would respect the Mexican legislative's independence and that lawmakers had freedom to progress legislation”.

The discrepancy of views between the newly elected president and a top political ally and supporter highlights the divisions and lack of coordination between the new president and his party – a situation that is likely to maintain regulatory uncertainty not only in the specific sector, but also in the general outline of public policies affecting Mexico’s legal and business communities.

Further, and despite this general uncertainty, companies looking either to enter or to expand their operations in the Mexican market may encounter challenges relating not only to the political and social realities of Mexico, but also several key opportunities as a result of the US-Canada-Mexico Agreement (USMCA) and other international instruments that Mexico is part of, specifically concerning IP rights.

Recent reforms to the Industrial Property Law (published in May 2018 and which entered into force on 10 August 2018) – which include the possibility of registering non-traditional trademarks (eg, scent, sound and holographic marks) and protection for trade dress – give mark owners broader protection through which to further distinguish their products and services thanks to advances in technology.

Applicants will be able to use class headings, but it is to be understood that the application covering the description will protect only those goods or services included within the phrasing of the description. In other words, it should not be considered that by using a class heading, the trademark in question will protect every single good or service covered by the class.

Further, the definition of ‘bad faith’ is included and specified in the Industrial Property Law. It is intended to be understood when an application is filed contrary to good uses and commercial practices and pursues the aim of an undue benefit that damages its legitimate owner, which can now be used as a cause for cancellation.

The causes of infringement have been extended and now include the non-authorised use of:

Expectations are high in respect of the implementation of the USMCA because of its IP chapter, which contains several provisions that are of interest to patent owners (specifically those in the pharmaceutical sector). The provisions concern the extension of the validity of certain patents, and include a whole chapter dealing with data protection and improvements to available means and remedies to enforce IP rights in general (eg, a new set of mechanisms to enforce IP rights at the borders and in the digital domain). Such changes are expected to be incorporated once the treaty is duly ratified by the participating countries and the corresponding amendments are passed into secondary (domestic) law.

The situation remains unclear, especially considering that the new government is yet to demonstrate whether it is willing to support and properly fund the judiciary and to identify where business opportunities may come from.