Cease and desist letters should be sent with care

"In a case of actual controversy within its jurisdiction any court of the United States, upon the filing of an appropriate pleading, may declare the rights and other legal relations of any interested party seeking such declaration, whether or not further relief is or could be sought." 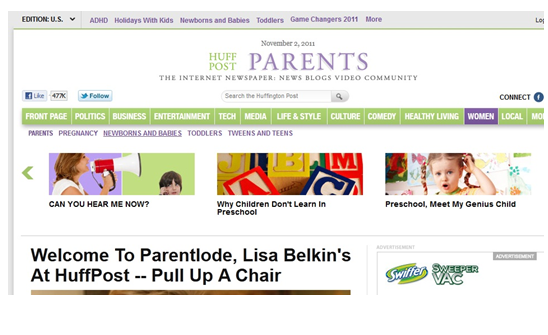 It goes on to allege the gathering of actual confusion evidence and demands “that you immediately change the name of the blog to something original, that you withdraw your [prior filed trademark] application to register the infringing PARENTLODE, and that you make no further use of any name confusingly similar to the New York Times' intellectual property”. The letter demands a reply confirming compliance with these demands within three business days or “we will pursue all available legal remedies”. This threat includes filing a federal law suit for trademark infringement.

Clearly, this letter places the Huffington Post on notice of the existing controversy between itself and the New York Times over whether or not the two phonetically and visually different marks ending with the word 'lode' for the same type of blog are confusingly similar under the Lanham Act, 15 USC 1052 et seq. As such, the Huffington Post appears to be in a good position to petition for a declaratory judgment of non-infringement of MOTHERLODE if it so chooses. At the same time, the New York Times may file a suit alleging trademark infringement of its common law rights in its mark at any time. As of the close of business on November 2 2011 no federal law suit for infringement or for a declaratory judgment of non-infringement had been filed by either party.


With the costs and uncertain outcome associated with federal trademark infringement litigation this fact is not surprising. Huffington continues to use PARENTLODE so it might be that the parties are actively negotiating some form of confidential settlement such as use of a disclaimer on the Huffington Post’s blog that it is not associated with the New York Times to cool the frayed and strained feelings. We will have to wait and see if this proves to be correct and successful or if ultimately litigation is commenced.