Under common law, ownership is conferred through first use of a trademark – including use by a licensee. Recent case law can help to determine which party has the right to enforce the licensed mark where an infringement suit arises.

There are numerous benefits to having a federal trademark registration. The registration constitutes prima facie evidence of:

However, trademarks are unlike other forms of intellectual property in that a party acquires rights in a trademark only through commercial use. The party that first appropriates the mark through use, and for which the mark serves as a designation of source, acquires superior rights to it. As a result, the presumption of ownership conferred by a federal registration is rebuttable.

Under common law, ownership is conferred on the party that first uses a mark in a genuine commercial transaction. In other words, one must win the race to the marketplace in order to establish ownership of a mark.

To establish use, the mark must be attached to the product or used in the sale or rendering of the services sold to the public, and its use must be continuous and bona fide. The amount of activity sufficient to constitute use is a factual question determined on a case-by-case basis. The guiding principle is that the activity must be sufficiently public to identify or distinguish the goods or services as those of the trademark owner among the relevant public. The mere intent to use a mark is insufficient to establish common law rights.

Trademark owners can establish the use necessary to become rights holders through third parties. For example, a licensee’s proper use of a mark benefits the owner; therefore, trademark owners may rely on use by controlled licensees to prove continuing use of a mark. Section 5 of the Lanham Act explicitly recognises the acquisition of trademark rights by a licensor through first use of the mark by a controlled licensee. Section 1055 of 15 USC provides that: “If first use of a mark by a person is controlled by the registrant or applicant for registration of the mark with respect to the nature and quality of the goods or services, such first use shall inure the benefit of the registrant or applicant, as the case may be.” Thus, while continuous and bona fide use of a mark is required to establish trademark rights, such use can be by another party for the benefit of the trademark owner.

While trademark owners can establish rights through third-party licensing, they can also lose rights by abandonment through so-called ‘naked’ licensing. This occurs when the licensor fails to exercise adequate quality control over the licensee. Factors in determining whether adequate quality control has been exercised include whether the trademark owner:

While it is not compulsory for a trademark licence to be in writing, it is highly recommended. Further, it should specify the standards to be maintained by the licensee and state that the licensor has the right either to inspect or to supervise quality in order to ensure that these standards are maintained. Whether the licence provides for inspection or supervision, the licensor should follow through and perform as the licence states. Finally, if the licensor intends to rely on the licensee to ensure quality, which is permissible if there is a close working relationship between the parties, then the licence should include the basis of the relationship and the reasons that the licensee can be trusted based on its history or the mechanisms in place. This helps to avoid the mark being abandoned through naked licensing.

When a mark is licensed, issues can arise as to which party has the right to enforce it. Many US courts have concluded that exclusive licensees of federal trademarks can have standing to sue for infringement. That being said, the courts have also held that standing to sue can exist only where the licence agreement grants the licensee both an exclusive licence and a property interest in the mark or rights that amount to those of an assignee. 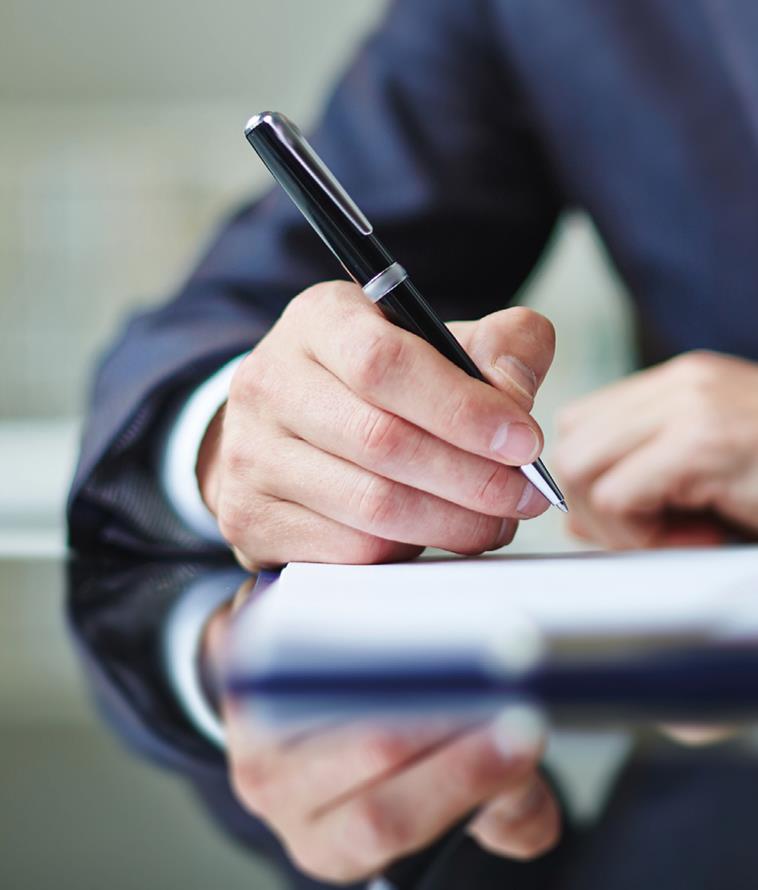 Licence agreements can give licensees standing to sue for infringement, provided that they grant an exclusive licence and a property interest in the mark

In Innovation Ventures, LLC v Pittsburg Wholesale Grocers, Inc (2013 US Dist LEXIS 34937, 2013 WL 1007666, at *6 (ND Cal, March 13 2013)) the court noted that the licensor, International IP, retained “the right to inspect Innovation Ventures’ use of the marks in order to maintain quality control”, but gave the fact little weight because (as discussed above) this type of supervision is a part of almost every licence (id at *5).

The court explained that “International IP also retained a slice of control over litigation… because the agreement states that Innovation Ventures ‘may not settle [a] lawsuit/proceeding if the settlement includes admissions of patent invalidity or other matters that adversely affect the viability of any of the Intellectual Property unless previously agreed to by the Parties’” (id). However, the court described this as a narrow limitation, which did “not, as a practical matter, alter Innovation Ventures’ status as the party that controls the exploitation of the intellectual property” (id at *6).

Finally, the court found that the structure of the transaction between International IP and Innovation Ventures was also significant because “the validity of assignments and reciprocal license grantbacks is well-established” (id). Overall, “[t]he rights retained by International IP were few” (id). Given these facts, the court refused to conclude that Innovation Ventures lacked standing to sue.

In LASCO Fittings, Inc v Lesso America, Inc (2014 US Dist LEXIS 195518, 2014 WL 12601016 (CD Cal, February 21 2014)) the court contrasted the disputed licensing agreement with the one in Innovation Ventures and concluded that it was “more limited in scope” (id at *4). First, the court explained that the licence was “only for certain types of products and not for the trademark in its entirety” (id). Second, it contained “clauses explicitly stating that the licensor retains title and ownership of the mark and all rights not expressly granted in the exclusive license” (id). Third, the licensor retained “control over the nature and quality of the products sold by LASCO using the mark, a requirement that is not consistent with an assignment” (id). Lastly, the court held that although the licence gave LASCO “the right to sue to enforce the mark for certain products covered under the License, LASCO must notify the licensor and may not enforce the trademark in relation to other products” (id). The court noted that unlike in Innovation Ventures, “the License [was] not an assignment and license-back agreement” (id). Therefore, the structure of the agreement did not suggest that the parties “intended the exclusive License to be equivalent to an assignment” (id). Based on these facts, the court dismissed LASCO’s infringement claims for lack of standing (id at *5).

The court in Halcyon concluded that the facts of its case were somewhere between those of LASCO and Innovation Ventures. Weighing in favour of standing to sue was the fact that the licence grant was effectively for the mark in its entirety and not for certain services only. In addition, the licence agreement contained no clause “explicitly stating that the licensor retains title and ownership of the mark and all rights not expressly granted in the exclusive license” (id).

However, weighing against standing was the fact that the licensor retained greater control over the litigation than the licensor in Innovation Ventures did. Both agreements required licensor approval of settlements that would affect the trademarks, but the Halcyon licence also required the licensor’s approval to “prosecute actions against infringers and defend against infringement actions”. Further, while the licensee could decide to bring litigation, it could not decide that litigation would not be brought. Should it decline to bring suit, then the licensor may do so (id). These latter two provisions constituted more than “a slice of control over litigation” (2013 US Dist LEXIS 34937, 2013 WL 1007666, at *6). Finally, unlike in Innovation Ventures, the parties had not entered into an assignment and license-back agreement, which the LASCO court found to weigh against standing.

Based on the text of the licence agreement, the court concluded that it did not grant to the exclusive licensee a property interest in the trademark or rights that amount to those of an assignee. As a result, the licensee lacked standing to bring an infringement suit to enforce rights in the licensed mark. 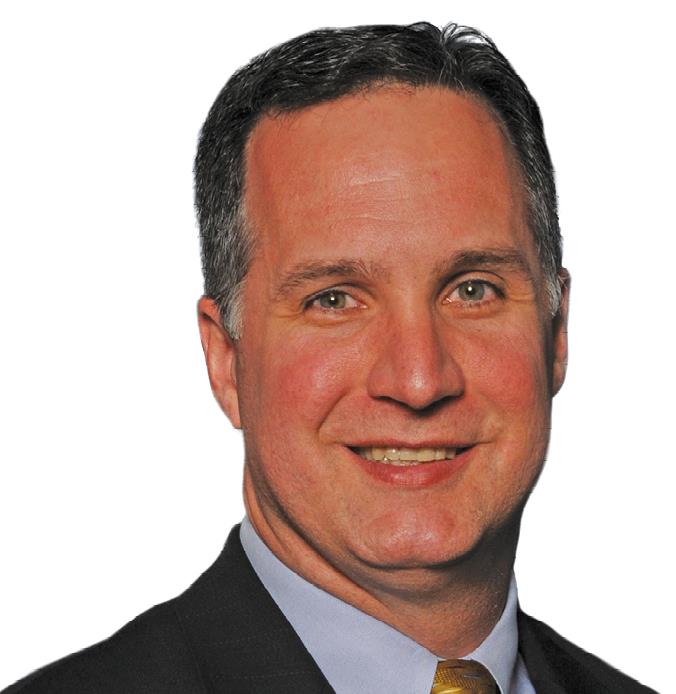 Michael T Smith has practised in the IP field since 2001, focusing his practice on trademark prosecution, patent and trademark litigation and other inter partes matters. Mr Smith’s litigation experience includes representing clients from a variety of industries, including media, technology, hospitality and manufacturing. He has lectured on the topic of trademark law to industry groups and the media, and has been an adjunct lecturer of patent law and policy at West Virginia University’s College of Law.