Print article
United Kingdom
Legal updates: case law analysis and intelligence
In Application 12/08 by Michele Chieffo for a declaration of invalidity of UK Registered Design 4002685 in the name of Emily Johnson-Jones (Case O-270-10, July 29 2010), the Designs Registry has declared that a carrier bag holder design registration was invalid due to the existence of similar prior art.

In April 2007 Emily Johnson-Jones applied to register the following design for a carrier bag holder: 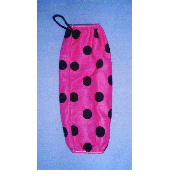 It was described as follows: “Fabric bag holder with elasticated ends. Holds six plastic carrier bags. Cylindrical in shape.” Although the application contained a pattern of black dots on a pink background, the pattern and colour did not form part of the design, which was registered on June 20 2007.

In June 2008 Michele Chieffo applied for a declaration of invalidity of the registered design under Section 1(B) of the Registered Designs Act 1949, which requires a design to be new and possess individual character. The claim was based on the following earlier design (Registration 4000013), which was jointly owned by Michele and Justin Chieffo: 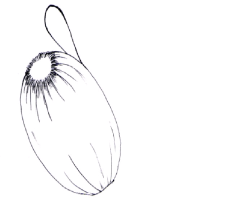 Design Registration 2034539 was also mentioned in the pleadings, although incorrectly as a basis for “infringement”, rather than “invalidity”: 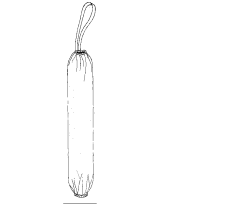 Nonetheless, the hearing officer accepted it as prior art. A plea was also made under Section 11ZA(2), claiming that the owner was not the true proprietor.

In accordance with Section 1(B)(7), which states that prior art can be relied upon to invalidate a registered design only if it has been disclosed to the public before the application date of the registered design in question, the hearing officer established that the relevant date was April 25 2007. In establishing who the informed user was, the hearing officer referred to Judge Fysh QC’s decision in Woodhouse UK Plc v Architecture Lighting Systems ([2006] RPC 1), where he stated that:

"... the informed user is, first, a person to whom the design is directed.... 'Informed', to my mind, adds a notion of familiarity with the relevant matter rather more than one might expect of the average consumer; it imports a notion of 'what’s about in the market?' and 'what’s been about in the recent past?'.”

As a result, the hearing officer used the ‘what’s about?'/'what’s about in the recent past?' test to determine who an informed user was. He found that an informed user would have more knowledge of the products than the average consumer, but would not be a designer or manufacturer.

The only evidence submitted was on behalf of Michele Chieffo. Documents were filed by Justin Chieffo which were more submission than fact, as they included his opinion on the similarities between the designs. They also included evidence provided by Ann Marie Probert, who assumed that a carrier bag holder sold in a supermarket was that of Michele Chieffo.

The hearing officer initially compared the design registration in question with Registration 2034539. This registration had already expired, but this was not relevant to the case. The design was registered on March 29 1994 and, therefore, was acceptable as prior art. The hearing officer found that both designs had an overall impression of a non-rigid cylindrical shape, narrowing at the top and at the bottom. Both designs had a looped drawstring handle at the top. When Johnson-Jones’ design was shut, it looked even more similar to the prior art as the loop would become longer. The hearing officer acknowledged that, given the products involved, there was a limited degree of design freedom. This could result in a small difference being sufficient to deem a later design novel. Although the design constraints existed, the hearing officer was of the opinion that carrier bag holders of different shapes could have been produced. As a result, the hearing officer found that the design did not produce a clearly different overall impression to the prior art and the request for a declaration of invalidity succeeded.

The evidence provided by Probert carried little weight. It was a submission of her opinion and it lacked evidence of the design that she had encountered.

In addition, the hearing officer wholly dismissed Michele Chieffo's claim that she was the true owner of the design registration owned by Johnson-Jones purely because it produced the same overall impression of her registered design. There was no proof of a bad-faith application and the hearing officer concluded that Michele Chieffo must have been misguided on this issue.

The hearing officer proceeded to compare the registration in question with Design 4000013, which was registered in December 2006 and, therefore, was also acceptable as prior art. This design was found to be non-rigid, and the top and bottom of the bag were tapered inwards, although the overall shape was more rounded (almost melon-shaped, rather than cylindrical). Although this design had a looped handle, it was further down than the other designs and did not form part of a drawstring mechanism used to close the bag. Therefore, the hearing officer found that the differences between the bags were sufficient to form a clearly different overall impression.
A prior art search may have prevented the proprietor from losing her design registration. As a search is not conducted by the UK Intellectual Property Office during the registration process, applicants for design registration may be unaware of the state of the register. In addition, the filing of incorrect pleadings may have been avoided if Michele Chieffo had been professionally represented.