Carlsberg successful on appeal in ‘8’ case

Print article
India
Legal updates: case law analysis and intelligence
In Carlsberg India Private Limited v Radico Khaitan Limited (FAO(OS) 549/2011, December 20 2011), the Delhi High Court has allowed Carlsberg India Private Limited's appeal and vacated the partial injunction granted by the single judge against it. The single judge had rejected Radico Khaitan Limited’s claim of exclusivity over the numeral 8, but had granted an injunction restraining Carlsberg from using the numeral 8 in a style and colour which were alleged to be similar to the manner in which Radico used that numeral.

Radico is the registered proprietor of the word mark 8 PM for mineral water in Class 32 and whisky in Class 33: 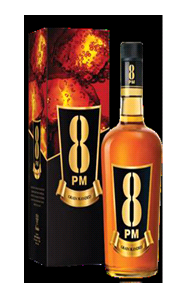 Carlsberg launched a new beer in February 2011 under the trademark PALONE 8: 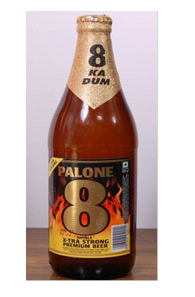 Carlsberg also filed an application for the registration of PALONE 8, which is pending. Carlsberg used the slogan '8 KA DUM', which was alleged to be along the same lines as Radico’s slogan 'AATH KA THAATH'.

Radico sought a permanent injunction restraining Carlsberg from using the numeral 8 as part of its trademark, and also claimed damages.

The single judge granted a partial interim injunction against Carlsberg and directed it to use the mark PALONE and the numeral 8 on the same line in a different style and colour to avoid any "chances of misrepresentation". Further, Carlsberg was given time to alter its packaging, advertising material and slogans. The single judge noted that there was a nexus between the numeral 8 and the alcohol industry and, therefore, Radico could not claim exclusivity over it (for further details please see "Use of numerals on alcohol bottles likely to constitute honest business practice"). Carlsberg appealed.

Radico submitted that, because it owned the registered trademark 8 PM, it had a proprietary interest in the numeral 8, as it constituted a distinguishing and identifying feature of its mark in relation to the font size and colour. Further, Radico stated that, by using the slogan '8 KA DUM', Carlsberg intended to deceive consumers into thinking that Carlsberg's beer originated from Radico.

Carlsberg first contended that it had applied for registration of the trademark PALONE 8 and was using it for a totally different product. Additionally, there was a significant price difference between beer and whisky products and, because consumers of alcohol are informed consumers, Carlsberg's use of the mark would not deceive or mislead them in any way. Carlsberg also contended that the numeral 8 is publici juris and common in the trade, as it is used to denote the quality and character of an alcoholic drink. Further, Radico did not own a separate registration for the numeral 8. Carlsberg submitted that, in keeping with industry trends, Carlsberg used the numeral 8 to inform consumers that its beer had a high alcohol content. Further, the slogan '8 KA DUM' also meant to convey the potency of its beer.

At issue before the Division Bench of the Delhi High Court was:

The Division Bench set aside the injunction granted by the single judge and upheld the appeal, holding as follows:

In particular, the court made the following observations to reach this conclusion:

Interestingly, Section 17 of the Trade and Merchandise Marks Act 1958 provides that the proprietor of a mark which contains an element that is not registered separately, is common to the trade or is not distinctive, is required to specifically disclaim any right to the exclusive use of such element. Such provisions do not exist in the Trademarks Act; however, the courts follow these principles when reviewing infringement or passing-off claims.