Amendments to Canada’s Trademarks Act look set to have interesting and unforeseeable implications with respect to licensing and, particularly, ownership of trademarks. Recent Federal Court decisions have also illustrated some of the issues that can arise with corporate relationship licensing where no written licence is in place.

Bill C-31 – the Economic Action Plan 2014 Act, Part 1 – makes major changes to Canada’s trademark law, most notably by removing use as a registration requirement. The bill was passed by Parliament in June 2014 but will not come into force until late 2016 or, more likely, early 2017.

Canada’s trademark law originally evolved from the perspective that trademarks provide an indication of source, with use having been a registration requirement right from the start. In Masterpiece Inc v Alavida Lifestyles Inc (2011 SCC 27) Justice Rothstein of the Supreme Court of Canada underlined that use is the cornerstone of Canadian trademark law:

Until Bill C-31 comes into force, a rights holder must use its mark in order to obtain registered trademark rights in Canada. ‘Use’ is defined in Section 4 of the act: “a trademark is used with goods if it is displayed on the goods themselves, or possibly on point-of-purchase materials, and the goods must be sold in Canada in the ordinary course of trade”, while a trademark is used with services if it is “used or displayed in the performance or advertising of those services”.

Once the bill enters into force, Canadian courts will need to reconcile the apparent disconnect between registered trademark rights, trademark use and source. Some question whether courts will find that use is a necessary prerequisite for ownership and enforcement of trademark rights, so as to ensure that the new regime is not unconstitutional (see Daniel Bereskin, “Canada’s Ill-Conceived New “Trademark” Law: A Venture into Constitutional Quicksand” (2014) 104 TMR 1112). However, if use is then per se required to enforce ownership, what might this mean for licensing? Bill C-31 might well bring uncertainty, at least in the short term, for trademark licensing and ownership.

Given the necessary association between trademark rights, trademark use and source, licensing was originally problematic under Canadian law and assigning a trademark without goodwill – an assignment in gross – required specific statutory language in the Trademarks Act. The act’s workaround for licensing was originally a registered user regime, which required a licensee to be registered in order that its use of a mark not erode its distinctiveness.

In 1993 the registered user regime was replaced with a quality – or character – control regime. Specifically, Section 50 of the Trademarks Act governs proper licensing and requires that the rights holder maintain and exercise direct or indirect control over the character and quality of the licensed goods or services. Section 50 preserves the distinctiveness of a licensed mark by attributing any use of it to only one source – the trademark owner – provided that the licensor and licensee comply with its control requirements.

Section 50 does not specify the form that the licence must take, while case law has held that the licence can be written, oral, tacit or implied. In the absence of a written agreement, the critical problem becomes proving the agreement’s terms and conditions – in particular, that the rights holder controls “the character or quality of the goods or services” licensed.

While it is always best practice to set out the licence terms and conditions in writing, written licence agreements may not always exist. Courts have repeatedly held that a corporate relationship alone is insufficient to establish the control required under Section 50, although recent decisions have shown some relaxation of this rule.

In Spirits International BV v BCF (2012 FCA 131) the Federal Court of Appeal set aside the lower court’s finding that the requirements of Section 50 had not been met. In the absence of a written agreement, the Federal Court found the evidence, beyond a “bare allegation” of a trademark licence, too vague to establish that the owner controlled the nature and character of the vodka produced and sold among a related group of companies. On appeal, the Federal Court of Appeal took a broader approach: evidence of control was seen as proven, as the rights holder set the standards of character and quality of the vodka to be labelled with the mark at issue, notwithstanding that the actual compliance testing was delegated to other corporate entities.

This broader view of evidence showing control was applied in Air Miles International Trading BV v Cathay Pacific Airways Ltd. There, the Federal Court held that use of the trademark ASIA MILES by a corporate subsidiary could accrue to the parent company in the absence of a written licence agreement. The licensee’s sole reason for existing was to operate the loyalty programme for which the mark was used; further evidence of control included an agreement detailing the reporting relationship between the parent and subsidiary, and marketing materials developed by the corporate parent for the subsidiary’s use. On this evidence, the court held that indirect or direct control existed.

Control by the licensor must be ongoing. In College of Dietitians of Alberta v 3393291 Canada Inc (2015 FC 449) the Federal Court declined to find that the use of a professional designation accrues to the professional body regulating that designation. Control over access to the practice of dietetics – including the college’s right to revoke a graduate’s use of the designation, establishing the course of student study, administering and grading final examinations, and requiring compliance with its code of conduct – was insufficient to satisfy the control required under Section 50: “This control, however, is not relevant to subsection 50(1) since it pertains only to controlling who gets to use the Marks rather than how they are used.”

The Federal Court has also held that the use of a trademark by co-licensees does not undermine any alleged distinctiveness, even in the absence of a written licence agreement, in Allianz Global Investors of America LP v Middlefield Capital Corporation (2014 FC 620). What is critical is the manner in which the mark is perceived by the relevant consumers of the goods and services offered in association with the trademark. Where the consumers are sophisticated, it suffices if the rights holder is identified in marketing materials.

While the case law indicates that courts are willing to consider all surrounding circumstances to determine whether a licence exists, it is always best to clearly set out a licence governing how the licensee may use the licensed mark. Practical tips include the following: 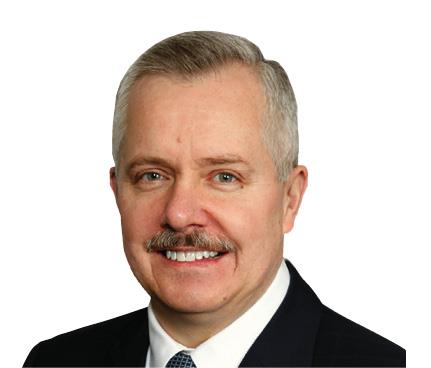 Scott MacKendrick is a partner with Bereskin & Parr LLP and a member of the litigation practice group. He has been involved in patent litigation across a broad range of technologies, including pharmaceutical, chemical and mechanical, and has been involved in trademark, copyright, industrial design and trade secret litigation, as well as in domain name dispute resolution. Mr MacKendrick has an active practice before the Canadian Trademarks Opposition Board and also advises clients on IP portfolio strategies, with a particular emphasis on trademark portfolio management. 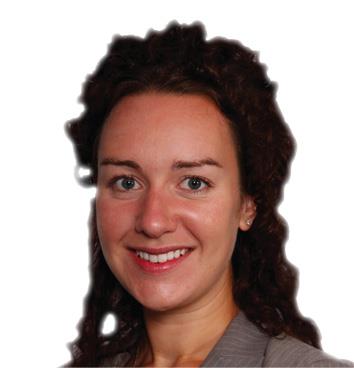 Noelle Engle-Hardy is an associate with Bereskin & Parr LLP. Her practice focuses on trademarks, licensing and litigation, in addition to new media/copyright, marketing and advertising law.