The new request for assistance programme, as well as various judicial procedures, can be effective tools in brand owners’ Canadian anti-counterfeiting arsenal

Recent developments in Canadian law have provided brand owners with some promising new anti-counterfeiting tools. In particular, Canada has implemented a new procedure designed to stop counterfeits at the border, before they can enter Canadian commerce. In addition, a quick survey of Canadian case law shows that rights holders have various judicial procedures available to stem the proliferation of counterfeit products.

In January 2015 Canada implemented a new border protection regime, which includes a request for assistance (RFA) programme. This provides measures to prevent the import of counterfeit goods; it is an application-initiated system to detain suspected counterfeit goods (or goods bearing a confusingly similar trademark) or pirated copyright works imported into Canada. Proclaimed into force to implement the Canada-Korea Free Trade Agreement, the programme also fulfils Canada’s obligations under other international treaties, including the Comprehensive Economic Trade Agreement between Canada and the European Union.

As set out in both the Trademarks Act and the Copyright Act, the RFA programme specifically provides the Canada Border Services Agency (CBSA) with the power to detain suspect counterfeit goods or pirated works for a short period and to exchange information about detained goods with the rights holder.

The statutes provide for a detention period of up to 10 days (five for perishable goods). During this time, the rights holder may commence litigation to continue the detention; however, CBSA practice is to provide the rights holder with an initial three-day grace period, at no cost, in which to indicate its interest in pursuing litigation against the importer. Should it indicate such interest, the CBSA will provide further information to the rights holder about the importer and will hold the goods for a further 10 days, as set out in the law. To continue the detention beyond this, the rights holder must commence litigation in the Federal Court or a provincial superior court and notify the CBSA of this; otherwise, the goods will be released.

There is currently no fee to file an RFA application, though rights holders are responsible for costs incurred with respect to storage. Crucially, only trademarks registered in Canada and copyrights are eligible for the programme. Unregistered trademarks and patents may not be recorded. Requests are valid for two years and may be renewed. Rights holders are also encouraged to provide the CBSA with training materials which highlight differences between counterfeit and genuine goods. Unlike similar programmes in other countries, rights holders may not meet with border officers for training purposes.

Currently, the CBSA estimates that it should take between four and six weeks for an RFA application to be approved. Anecdotal evidence suggests that this is usually much shorter – typically a few days.

Recordal is imperative: the CBSA generally does not detain even goods which bear well-known marks and are clearly counterfeit, unless there is a corresponding RFA from the rights holder. Since implementation, over 150 RFAs have been filed, representing more than 2,000 registered trademarks and several copyrights. The CBSA has made over 30 seizures thus far, comprising thousands of items.

Rights holders have met with some success when pursuing litigation – of 10 rights holders which elected to pursue a legal remedy, six settled, three have pending actions in the Federal Court and one obtained a positive judgment, on consent, for the destruction of the goods (Under Armour, Inc v Distribution Onedeckdeals Inc (Fed Crt No T-79-16)). This order was issued about six weeks after the action was commenced in the Federal Court.

There are some notable limits to the programme. Only counterfeit goods destined for Canada may be detained – parallel imports (so-called ‘grey goods’), goods that are in transit (ie, passing through Canada before reaching another destination) and goods that are imported or exported in personal baggage and appear to be for personal use are specifically exempt from the regime.

Other options available in Canadian courts

In addition to the new border measures, rights holders are using procedural options available in Canadian courts to effectively seek damages, injunctions and other remedies for counterfeit activities. Decisions issued by Canadian courts show that these options can be highly effective. Based on the nature of the infringement and the rights holder’s objectives, recourse may be sought through either a traditional action or an application before the Federal Court (proceedings are ordinarily, but not exclusively, brought in this court owing to the court’s pan-Canadian jurisdiction and potential remedies, as well as its experience in trademark matters). In the case of an action, rights holders have seen some recent success with summary judgment and summary trial motions, which can help otherwise to reduce trial-related costs.

Traditionally, remedies for trademark infringements – including for the production and sale of counterfeits – have been sought by filing a statement of claim to commence an action in court. Actions are a type of procedure which includes an exchange of statements of claim and defence, discovery (including oral examinations) and a trial (including live witness testimony).

Where there is little need for discovery, rights holders may instead commence an application to more expediently resolve conflicts. The recent Canadian trend is to see this as a viable option. Unlike actions, there is no discovery process for applications; the parties file only supporting affidavits and documentary exhibits before the hearing (although cross-examination on such evidence is permitted). There are also strict timelines – for example, the applicant must file its affidavits and exhibits within 30 days of the issue of its notice of application.

In BBM Canada v Research In Motion Limited (2011 FCA 151), the Federal Court of Appeal confirmed that trademark owners may bring claims for infringement, passing off or depreciation of goodwill by way of summary application rather than action. More recently, Trans-High Corporation succeeded in bringing applications against alleged infringers of its HIGH TIMES mark. In both Trans-High Corporation v Hightimes Smokeshop and Gifts Inc (2013 FC 1190) and Trans-High Corporation v Conscious Consumption Inc (2016 FC 949), the rights holder successfully brought applications and obtained court orders for delivery up and destruction of all infringing materials, as well as C$25,000 in damages. The total time devoted to each of the recent applications was less than two years – shorter than is typical for a regular action.

Should an action be filed, two related procedures – summary judgment and summary trial – may potentially hasten a conclusion in favour of the rights holder without a trial. Summary judgment usually occurs after discovery concludes and is available where it appears that there is no genuine issue for trial.

Alternatively, summary trial is appropriate where there is a genuine issue for trial, but there is sufficient evidence for adjudication. Factors that a court will consider in ordering a summary trial include the amount involved, the complexity of the matter, its urgency, any prejudice likely to arise by reason of delay and the cost of taking the case forward to a conventional trial in relation to the amount involved.

Both Louis Vuitton and Chanel are notable for the high amount of punitive damages awarded. Such damages are usually granted only in exceptional circumstances, where the defendant’s conduct has been reprehensible. In both cases, the damages award was based on the long, ongoing nature of the counterfeit sales and the respective defendants’ clear knowledge they were engaging in counterfeit activities.

Chanel is also notable for the damages ordered against one of the defendants personally. In that case, the owner of the business, Lam, was held personally liable as the “controlling mind” of the two corporate defendants. In particular, the Federal Court of Appeal confirmed that, despite nominal changes to the corporate documents showing that Lam’s daughter was president of a defendant company and of a purported sale of the defendant companies, Lam continued to control and profit from the businesses and the premises where the counterfeit goods were sold, had personal knowledge of the infringing activities and failed to take action against the continued illegal activities after being served with a statement of claim.

Rights holders should consider engaging the RFA programme to combat counterfeits in Canada. The decisions of Canadian courts also show that rights holders have open to them various judicial procedures to stem the proliferation of counterfeit products, such as applications and summary trials. Recent experience shows that both can be effective tools in a brand owner’s Canadian anti-counterfeiting arsenal.

Scott MacKendrick is a partner with Bereskin & Parr LLP and a member of the litigation practice group. He has been involved in patent litigation across a broad range of technologies, including pharmaceutical, chemical and mechanical technologies, and has been involved in trademark, copyright, industrial design and trade secret litigation, and domain name dispute resolution. Mr MacKendrick has an active practice before the Canadian Trademarks Opposition Board and also advises clients on IP portfolio strategies, with a particular emphasis on trademark portfolio management. 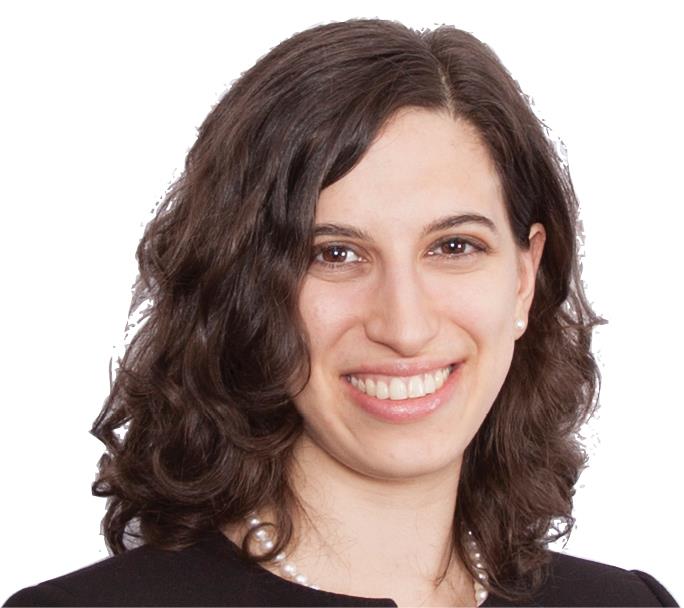 Tamara Céline Winegust is an associate at Bereskin & Parr LLP and a member of the trademark practice group. Her practice focuses on trademarks, copyright and digital media, licensing, marketing and advertising law, in addition to litigation. Ms Winegust was awarded the IP Institute of Canada Education Foundation Prize for receiving the highest mark on the 2015 Canadian Trademark Agent Exam.