Bereskin & ParrTrademarks play a vital role in helping retail businesses to differentiate themselves from others, but proper use of marks is key

As retail businesses continue to consider the financial viability of operating brick-and-mortar stores, the importance of online sales and the performance of services over the Internet has grown. Establishing a trademark online is thus a crucial step for business owners when it comes to growing and protecting their brand on the Internet. Demonstrating ‘use’ of that mark is equally if not more important, since this will help them to secure and maintain current and future trademark rights.

TSA Stores Inc v The Registrar of Trademarks (2011 FC 273) provided a liberal interpretation of what constitutes ‘use’ with regard to services provided over the Internet. In this case the Federal Court held that a mark was being used in connection with retail services even where there was no brick-and-mortar store in Canada, as a large number of Canadians had made purchases through a website displaying the mark and the site offered ancillary services which were of benefit to Canadians. The court highlighted services on the registrant’s website which allowed consumers to identify a specific shoe to meet their needs or to find a nearby store in the United States. It stated that these services were “akin to visiting a brick and mortar store and benefitting from a discussion with a knowledgeable salesperson” and were thus sufficient to show use of the mark in Canada.

TSA Stores was believed to give some breathing room to brand owners asserting rights to a trademark in Canada where sales to Canadians are meagre or where the brand owner has no local offices, distribution facilities or physical presence. Under this judgment it is understood that as long as some members of the consuming Canadian public receive a benefit, there can be use of a mark with ‘services’.

The Federal Court’s expansive view was upheld a few years later in Laboratories Contapharm v Origins Natural Resources Inc (2014 TMOB 168), where the registrar found that sales of products via a website amounted to retail store services in Canada, since the website showed prices in Canadian dollars and information about the products was accessible to Canadians. The fact that the registrant did not provide invoices showing the sale of its products in Canada was not fatal to the case. Instead, the board held that “all that was required from the Registrant was to show that it was willing and able to perform the retail store services” in association with the mark in Canada.

For services relating to travel rewards and loyalty programmes, a more expansive view has also been taken in recent years. Hearing Officer Bene held, in Cassels Brock & Blackwell LLP v New Zealand Ltd (2013 TMOB 123), that where a mark such as AIRPOINTS DOLLARS was displayed on a website which allowed customers in Canada to obtain information about and register for a frequent flyer programme, that mark should be maintained for frequent flyer services since the services were advertised and available to be performed in Canada.

Most recently, in Lavery de Billy, SENCRL v Quintessentially (UK) Limited (2015 TMOB 13), it was held that excerpts of archived web printouts displaying the mark QUINTESSENTIALLY were evidence of use of the mark in the performance of the services “club membership information relating to services provided via the Internet, database or other electronic means”. Members of the Canadian public had access to and visited the non-Canadian registrant’s website during the relevant period. The registrar therefore held that these activities constituted a benefit to the Canadian public and there was evidence of use of the mark.

By contrast, a handful of recent decisions specifically distinguished the holding of TSA Stores and found that the mere display of a mark on a website is insufficient without evidence that services are performed for Canadians while physically present in Canada or showing that services associated with the mark are actually carried out within Canadian borders. One particular example is MJM Marketing Inc v Provide Gifts Inc (2013 TMOB 46), where the hearing officer held that TSA appears to be the exception rather than the rule with respect to online retail store services. In that case, display of a mark on a website that was accessible to Canadians, along with purchase order information for Canadian customers, did not demonstrate use of online retail and mail order services because the fundamental aspect of retail services is the ability to purchase and take delivery or possession of purchases from the website. Despite showing evidence of purchase information by Canadians, the fact that goods were not actually shipped to addresses in Canada proved fatal to maintaining the registration. Bene stated that: “with the exception of TSA Stores, a retailer who operates a retail website that does not offer to ship goods to Canada cannot be said to be providing retail services in Canada.” The exception to showing actual delivery to Canadians is where, as in TSA Stores, ancillary retail services are provided to Canadians or certain activities are conducted to demonstrate a certain level of interactivity with customers in Canada. While listing prices in Canadian dollars or specifically targeting Canadian customers can help to demonstrate use, an email reminder service that is generally available without direct evidence of Canadians availing themselves of it cannot.

The decision in MJM Marketing appears to suggest that foreign online retailers which do not ship goods directly to Canada should consider other ways to interact with customers in the country – whether by listing prices in Canadian dollars or providing services similar to those offered by the registrant in TSA. However, in the absence of sales to Canada, it may well be necessary to show the offering of ancillary services on a website equivalent to what one might find in a brick-and-mortar store.

Subsequent decisions involving radio broadcasting services and airport ground transportation services booked through a website seem to have a similar restrictive view of use with services provided through the Internet. In Fetherstonhaugh & Co v Supershuttle International, Inc (2014 TMOB 155), Bene insisted that the actual presence of airport shuttles in Canada – or “wheels on the ground” – was required to find use of a mark with airport shuttle ground transportation services. This was despite the fact that:

As Bene reasoned, Canadians could not enjoy the registrant’s ground transport services without first leaving Canada. Therefore, maintaining a registration would give the registrant an overly broad scope of protection over services not actually performed in Canada. An appeal has been filed and rights holders may wish to follow it closely to see whether an actual presence in Canada is required to establish use of a mark with ground transportation services.

The Federal Court also considered the issue of use with broadcasting services in an application to expunge the mark RED FM in UNICAST SA v South Asian Broadcasting Corporation Inc (2014 FC 295). In that case, the applicant was a Swiss-based radio broadcaster, which operated a radio station in association with the trademark ROUGE FM. It had broadcast its French-language programming all over the world, including in Canada, which eventually became its third largest audience. In order for the application to succeed, the applicant had to show that it had used its mark before the respondent and that its mark was confusingly similar to the respondent’s mark RED FM. In particular, the applicant had to demonstrate that there was an actual nexus between the applicant and Canada in order to find that the applicant’s online activities constituted a ‘broadcasting undertaking’. However, no such nexus could be shown as the applicant had not stored transmitted radio content on Canadian servers, been present in Canada, solicited or advertised Canadians or actively targeted Canadian audiences. Other than offering live streaming of its programming, the applicant could not claim prior use of its mark with broadcasting services and so the application for expungement was dismissed. While UNICAST appears to take a restrictive approach to finding use with services online, the decision also provides some assurance to Canadian rights holders that their marks will not necessarily be vulnerable to attack by a foreign company whose only use of a similar trademark is on the Internet.

Also important is how a trademark is displayed on the Internet. In the recent decision in McMillan LLP v SportsLine.com, Inc (2014 TMOB 51) the registrar held that the following uses of a trademark online do not constitute use of the mark with any particular service:

TSA Stores is often cited for the holding that ‘services’ under the Trademarks Act should be given a liberal interpretation, and that evidence consisting primarily of internet use is not necessarily fatal to maintaining a trademark registration. However, as we have seen recently, the mere display of a mark on a website is usually insufficient to show use – a connection, nexus or even interactivity between the rights holder and Canadians is required.

To maintain and preserve trademark rights with respect to services provided mainly online, rights holders and foreign businesses should consider: 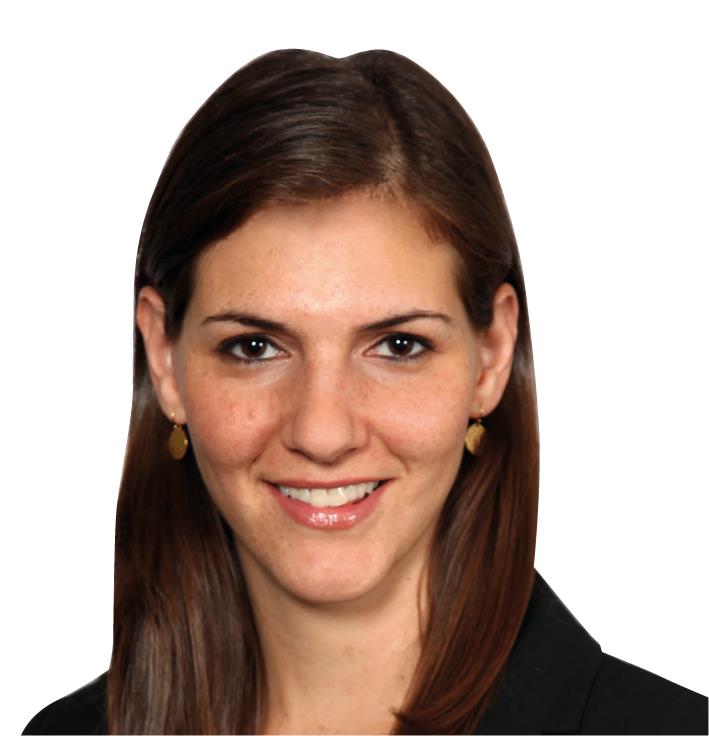 Sharyn Costin is a partner, lawyer and registered trademark agent with Bereskin & Parr LLP. Her practice focuses on all aspects of brand protection. She has expertise in domestic and international trademark portfolio management, brand clearance, trademark strategy, prosecution and enforcement, as well as new media and domain name matters. 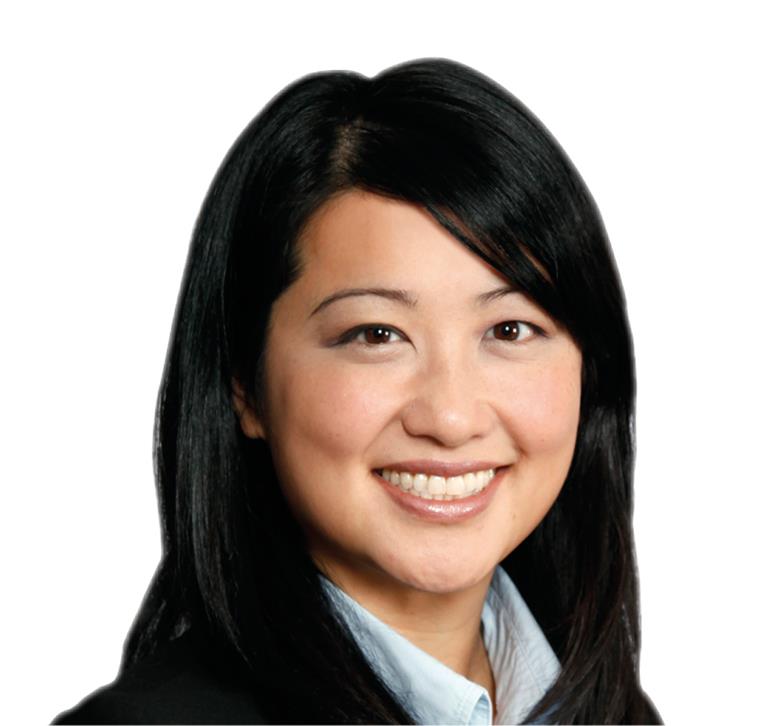 Wynnie Chan is an associate, lawyer and registered trademark agent at Bereskin & Parr LLP. Her practice focuses on trademark prosecution and related litigation and licensing, in addition to new media/copyright, marketing and advertising law, and domain name acquisition and disputes.