Although famous marks are not specifically protected by statutory provisions in Canada, protection is available, provided that owners can prove the mark’s fame

Unlike in the United States, there is no statutory recognition for well-known marks in Canada, although such marks have benefited from some special protection at common law. For example, Canadian courts have held the following marks to be confusing with famous marks, despite being for different classes of goods and services: HERE’s JOHNNY (portable trailers), JOHNNY WALKER (sporting equipment), BEEFEATERS (sauce mixes) and 007 (pizza shop). Thereafter, the Federal Court of Appeal took a more restrictive approach to famous marks, stating that differences in goods or services was a dominant consideration when assessing confusion between famous marks and other marks (see Pink Panther Beauty Corp v United Artists Corp and Toyota Jidosha Kabushiki Kaisha v Lexus Foods Inc). It was not until 2006 that the Supreme Court of Canada recognised the concept of famous marks in two landmark decisions, altering the protection landscape in Canada.

In Mattel, Inc v 3894207 Canada Inc (2006 SCC 22), Mattel – maker of the world-famous Barbie doll – opposed an application to register the mark BARBIE’S for a small restaurant chain. Mattel argued that its BARBIE mark had acquired such fame that, upon seeing the restaurant’s mark, the average consumer would be led to infer the existence of a connection to the owner of the famous brand. The Supreme Court instructed that assessing the likelihood of confusion involving famous marks is a question of fact depending on “all the surrounding circumstances”, not merely the nature of the goods, services and businesses.

The court noted that BARBIE is famous only for dolls and doll accessories, and has never extended beyond these products. Therefore, it found that there was no likelihood that the average consumer would associate the restaurant chain with the BARBIE brand.

Despite this outcome, Mattel remains significant for reaffirming the totality of the circumstances test and for reversing previous holdings in Pink Panther and Lexus, which suggested that confusion required “some resemblance of linkage to the wares in question”.

In Veuve Clicquot Ponsardin v Boutiques Cliquot (2006 SCC 23) the famous champagne maker claimed infringement by a chain of clothing stores offering a mid-range clothing line for career women. The champagne maker argued that the use of CLIQUOT by the clothing stores caused consumer confusion and depreciated the goodwill associated with its VEUVE CLICQUOT mark.

The court instructed that confusion is a matter of first impression, assessed from the perspective of the casual consumer in a hurry. It then relied on evidence to find that the mark was indeed famous and could, to some extent, transcend the goods with which it was normally associated. VEUVE CLICQUOT was found to carry an aura of luxury and could expand more broadly into the luxury goods market. However, the court found insufficient evidence to show that consumers were likely to associate the VEUVE CLICQUOT brand with mid-priced women’s clothing stores.

Treatment of famous marks since

Immediately following Mattel and Veuve Clicquot the Federal Court showed some reluctance to recognise marks that carry significant fame as capable of transcending their associated goods and services. However, this trend appears to be shifting towards greater acceptance that, in certain circumstances, a trademark’s fame is capable of carrying it across product lines.

Since 2009, a string of decisions by the Trademarks Opposition Board (TMOB) and Federal Court indicate a trend towards greater recognition and protection of famous marks in Canada.

In Allergan Inc v Toutounghi (2009, 74 CPR (4th) 243), the TMOB held that the BOTOX marks had acquired the reputation of a cosmetic treatment, despite being registered for use in association with pharmaceutical preparations. Therefore, owner Allergan succeeded in opposing registration of the BELLATOX mark for proposed use in association with cosmetic creams and patches.

In Société Anonyme des Eaux Minerales d’Evian, SA v Marcon (2010 TMOB 83), the TMOB held that the applicant’s proposed EVIAN mark for alcohol and ice cream was likely to cause confusion with the famous EVIAN brand. It explained that due to their fame, the EVIAN marks transcended the bottled water market into goods of different classes.

The fame of the AIR MILES mark permitted the TMOB to find in its owner’s favour in an opposition that would have otherwise been rejected in Air Miles International Trading BV v Rent Check Corp (2011 TMOB 253). Air Miles opposed an application to register the mark RENTMILES for use in association with clothing and novelty items. Despite finding that the Section 6(5) confusion factors favoured the applicant, the TMOB held that Air Miles had established an overwhelming reputation for its mark, and that this fame entitled its mark to broader protection.

In 2013 the Federal Court recognised the impact of famous marks on the average consumer. In Empressa Cubana del Tobaco v Tequila Cuervo, SA Dec V (2013 FC 1010) the court considered whether the mark LAZARO COHIBA for use in association with alcohol was confusing with the famous COHIBA mark in association with cigars and tobacco. It held that due to its fame, the COHIBA mark was recognised not only by cigar smokers, but also by the general public. As such, the average consumer in a hurry would focus on the word COHIBA when seeing the LAZARO COHIBA mark. The court explained that “for some iconic brands, personal ownership or use of the product is not essential to the awareness or knowledge of a trademark. For example, one does not need to own or drive a Jaguar to be aware of that brand of car”.

In H-D USA, LLC v Berrada (2014 FC 207), the court permitted Harley Davidson to continue using its famous SCREAMIN’ EAGLES mark on clothing at its own dealerships, despite it being registered for use in association with clothing and retail services by Berrada. The court held that Berrada’s goodwill did not “override HD’s fame and recognition by the general public, motorcyclists and HD motorcyclists”, and that: “the Court considers that the average motorcyclist who does not own a HARLEY-DAVIDSON motorcycle would nonetheless know of the existence of HARLEY-DAVIDSON and HD’s SCREAMIN’ EAGLE line of performance parts and clothing, but would not necessarily wish to associate himself with that brand. This is what brand recognition is all about.”

However, fame can be a double-edged sword. Where a mark reaches the level of fame associated with, for example, BARBIE, ADIDAS or ACER, courts are more likely to find that the public is smart enough to distinguish differences between famous and lesser-known marks. For example, in Adidas AG v Globe International Nominees Ptd Ltd (2015 FC 443), the court found no likelihood of confusion between the famous Adidas three-stripe design and an application for a similar two-stripe design for use on athletic shoes. It noted that when a trademark becomes so famous that it is easily identified by the public, “it may be that even as a matter of first impression, any differences between the well-known mark and another party’s trademark, as used on the same or similar goods and/or services, may serve to more easily distinguish the other party’s trademark and reduce any likelihood of confusion”. Similarly, in Acer Incorporated v OTG Experience (2016) the TMOB found no likelihood of confusion between the famous ACER computer brand and an airport fast-food restaurant, stating that: “we owe the average consumer a certain amount of credit… the ordinary consumer who attends the Applicant’s restaurant and is presented with the Applicant’s menu on a tablet would not, as a matter of first impression and imperfect recollection, likely mistakenly infer that the source of the restaurant services is the Opponent.”

A famous mark that has not been used or registered in Canada may still benefit from protection. Under the Trademarks Act, it is possible to oppose or to seek cancellation of a registration if it is confusingly similar to a mark that has been made known in Canada – that is, it can be shown that the mark has appeared in printed publications or radio broadcasts and that Canadians were aware of this advertising. This possibility was contemplated in Moulinsart SA v 9200-2880 Quebec Inc (74 CPR (4th) 349), where the TMOB asked whether the trade name Moulinsart SA – licensee of the famous TINTIN brand – had been previously made known in Canada to bar registration of LE PETIT MOULINSART for a restaurant. However, in this decision, the mark at issue was not TINTIN, but MOULINSART, the fictional home town of Tintin. Additionally, the evidence was insufficient to demonstrate that MOULINSART was known as a trademark in Canada.

Further, the owner of a famous foreign mark may rely on the same section to register a mark made known in Canada and subsequently bring a claim against any unauthorised user.

Although famous marks are not specifically protected by statutory provisions in Canada, protection is available. However, owners must be aware of the evidence required in order to prove fame and to assert their rights successfully in unconnected markets. While fame is an important factor for the courts when assessing a likelihood of confusion, surrounding circumstances are considered, including evidence of consumer confusion and the connection between the goods and services of the interested parties.

Special thanks to Laura MacDonald, articling student at Bereskin & Parr, for her contributions to this article 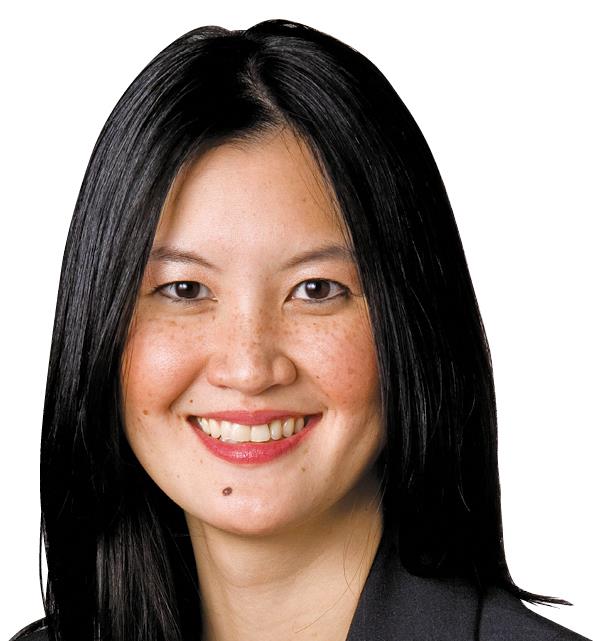 Brigitte Chan is a partner with Bereskin & Parr LLP. She counsels clients in trademark prosecution, licensing and enforcement, as well as copyright, domain name and related internet matters. Much of her practice involves trademark portfolio management of Canadian and international companies, on both a domestic and international level. Ms Chan provides trademark clearance opinions and strategic advice for use and registration of marks in Canada. She also advises on French language requirements in Quebec and has been involved in reported decisions rendered by the federal courts in both patent and trademark litigation, regularly appearing before the Trademarks Opposition Board. 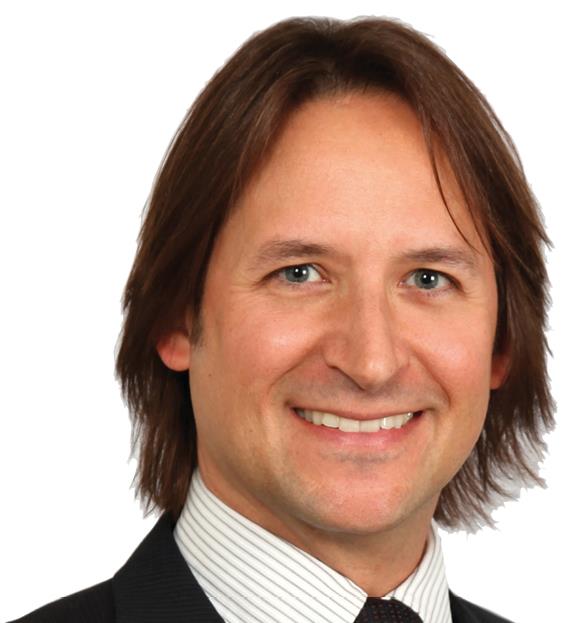