Several recent cases suggest that the most likely group to take action against misleading advertising may no longer be regulators or competitors, but disgruntled consumers acting as a class

Historically, punishment for misleading advertising and unsubstantiated product or service claims were meted out by regulators or competitors. Regulator action for misleading advertising and unsubstantiated product claims typically comes under the Competition Act and is subject to various measures, including steep penalties of up to C$15 million for repeat offenders. The act prohibits false and misleading representations and also requires that performance, efficacy and length of life claims be supported with adequate and proper testing before they are made.

However, the act does not define what constitutes an ‘adequate and proper’ test. Instead, any such determination is made on a case-by-case basis after considering factors such as the scope and nature of the claim and whether the relevant industry provides any guidance as to how a particular product should be tested.

The Competition Bureau has stated that most performance claims which raise an issue under the act fall into two broad categories: those that are inappropriate within the context of the actual tests that were conducted and those based on poorly designed test methodologies.

The bureau has recently pursued product claims against Rogers, a Canadian telecommunications provider, over claims made about the dropped call rate of its Chatr brand mobile wireless service. In this case, the Ontario Superior Court found that while the claims were not misleading, Rogers had nevertheless contravened the Competition Act because it failed to conduct adequate and proper testing before making its claims about dropped calls in some Canadian cities. Rogers was ordered to pay C$500,000 because it failed to exercise due diligence to prevent the reviewable conduct from occurring.

The bureau also recently took action against Reebok-CCM for its use of words, images and videos to promote hockey helmets and similar products which gave the impression that the helmets would protect against head injuries including concussions. The bureau found that Reebok-CCM’s testing was not adequate and proper for the claims that it made. The case settled with Reebok-CCM, agreeing to a C$475,000 donation of sports equipment to a charity, a C$30,000 payment to the bureau towards its investigation costs and the implementation of an enhanced corporate compliance programme.

The Reebok-CCM action followed an earlier action against Bauer for similar performance claims for its RE-AKT hockey helmet, which resulted in Bauer agreeing to donate C$500,000 of equipment and pay C$40,000 towards the bureau’s investigation.

Other claims which have crossed the bureau’s radar include:

Competitors have successfully challenged product claims in Canada. One such challenge involves Bell against Rogers for claims that the Rogers network is “the most reliable network in Canada”. Competitor challenges to product claims are perhaps most common under Advertising Standards Canada’s Trade Dispute Procedure, the results of which are typically not made public.

Over the past few years, consumers have increasingly turned to class action lawsuits as a means of challenging product claims and seeking economic or other redress for false or misleading claims. Class action lawsuits present greater risk to advertisers in terms of negative publicity and cost than the usual mechanisms which consumers have used to seek redress in cases of false and misleading advertising. For example, Advertising Standards Canada (ASC), the Canadian self-regulatory body which administers the Code of Advertising Standards, does not have authority to impose monetary penalties. Likewise, consumers complaining to the Competition Bureau have no formal mechanism to ensure that their complaint is investigated; and pursuant to the bureau’s Compliance Continuum, a first offence may result in nothing more than a warning letter.

Class actions over COLD-FX product claims made Canadian headlines earlier this year. In British Columbia, class certification is currently being sought so that anyone who bought COLD-FX for the short-term relief of cold and flu symptoms can apply for a refund. Valeant Pharmaceuticals and its subsidiary, Afexa Life Sciences, have denied the allegations and are contesting the application for class action certification. A similar class action has been commenced in Saskatchewan.

The British Columbia class action claims that untrue representations and omissions induced consumers to purchase COLD-FX, which was ineffective at providing immediate relief and therefore worthless if taken in accordance with the representations. The claim concerns advertising that COLD-FX provided “immediate relief of cold and flu” if taken over a three-day period at the first sign of cold or flu symptoms. COLD-FX is licensed for sale by Health Canada, with a number of approved claims regarding the product’s efficacy at reducing the frequency, severity and duration of cold and flu symptoms. Nevertheless, the plaintiff alleges that a study showed that the product provides no short-term relief. Rather, patients experienced a therapeutic effect only after taking the product daily for at least two months and six months in the case of seniors. The class action alleges that COLD-FX was “knowingly or recklessly” promoted as a short-term remedy despite evidence to the contrary, and that “at no time has COLD-FX been permitted by Health Canada to make (such) representations”. However, several COLD-FX licensed products containing ginseng are branded ‘COLD-FX First Signs’, with approved recommended use including “Take at first signs of cold to help reduce the frequency of colds and flus”.

The COLD-FX class action follows other recent class actions against Boiron Inc on behalf of consumers who purchased Oscillococcinum or Oscillo, a homeopathic product marketed to treat flu. In Quebec, the class action claimed that the product was no more effective than a placebo sugar pill, with ingredients that are not medically effective and diluted to the degree of not being present in the final product.

The Quebec Superior Court denied class certification against Boiron. First, the Quebec court found that the petitioner was not in a position to adequately represent members of the class. The court noted: “What seems, prima facie, to be the real trigger of the recourse is the lawyer-induced opportunity to obtain a settlement in Canada, because one was achieved in the US against Boiron USA, based, prima facie, on different circumstances, including the representations by Boiron USA on the presence of an ‘active ingredient’. The sequence of events… suggests to the Court that the Petitioner made no reasonable research on Oscillo Products and that she made no reasonable attempt to find other potential group members.”

Second, the court found that the petitioner did not demonstrate a prima facie case of false representation. It found that Boiron represented that the product relieves flu symptoms – not that it prevents, cures or fights the flu. Further, the evidence failed to demonstrate that the product is nothing more than a placebo. In fact, the expert opinion filed by the petitioner acknowledged the product’s ability to relieve flu-like symptoms “slightly better” than a placebo. Further, evidence filed with the Natural Health Products Directorate of Health Canada in the process of obtaining a licence for the product included a randomised placebo-controlled study. However, the petitioner seemed to suggest that the efficacy of the product should be assessed not solely on statistical evidence, “which seems to satisfy Health Canada”, but using a higher standard. The court commented: “While the merits of homeopathy and the nature of the evidence required by Health Canada to issue a licence for a homeopathy product may be challenging subjects, the Court has to be concerned with the Petitioner’s allegations and whether she has an ‘arguable case’ to present.”

The decision has been appealed and a motion to dismiss the appeal denied.

The COLD-FX and Oscillo cases raise the question of how to reconcile allegations of false and misleading representations with the fact that the products were licensed by Health Canada and that the terms of the licence permitted certain claims. Can a product licence serve as a shield to absolve the licence holder from liability for false and misleading representations in relation to licensed claims? It is possible that the following comments by the Supreme Court of Canada in another class action case might be applied to licensed products: “[Compliance with statutory obligations is not always determinative of the issue of civil fault… [C]are must be taken... not to conflate the notion of civil fault and the violation of a statutory norm, whether in a commercial setting or elsewhere… [J]ust because a failure to discharge a statutory obligation leads to a demonstration of fault in all but the most exceptional cases, it does not follow that a civil fault is absolved where there is no such failure.”

The British Columbia Supreme Court has previously refused to certify a proposed consumer class action concerning misleading advertising. In Clark v Energy Brands Inc (2014 BCSC 1891) the plaintiff alleged that Energy Brands Inc and Coca-Cola Ltd systemically misled consumers into believing that bottled beverages sold under the trademark VITAMINWATER and described as “nutrient enhanced water beverage” were healthy and contained the minimum amount of sugar. The court refused to certify a class stating that the plaintiff had not met the requirements of the British Columbia Class Proceedings Act. The court stated: “whether the labelling and marketing of the product has actually misled a consumer is an inherently individualistic and fact-based question.”

For a few years US lawyers have warned that misleading advertising risks consumers acting as a class. A search of the Canadian Bar Association’s database identifies several class actions related to misleading advertising with products ranging from Skechers shoes to Red Bull energy drinks. These cases may mark a significant change to the risk facing companies making product claims. 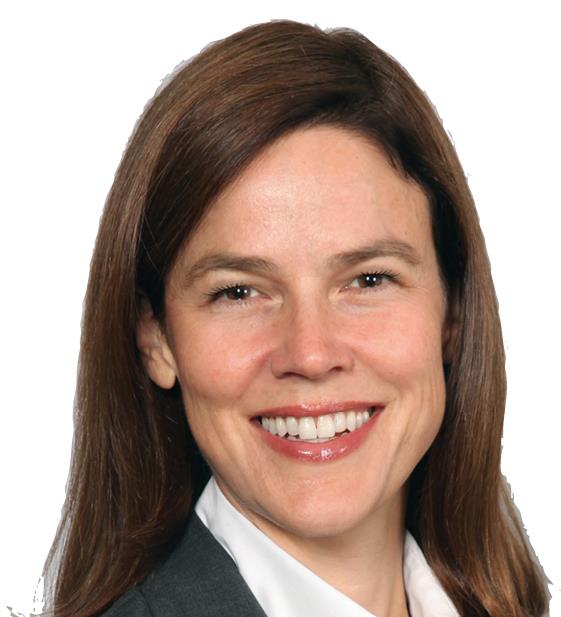 Jennifer McKenzie is the head of Bereskin & Parr’s regulatory, advertising and marketing practice group. Her practice focuses on regulatory matters and privacy law, with expertise in trademark prosecution and enforcement, as well as in reviewing advertising and labels for clients in a wide range of sectors, from pre-packaged consumer goods to regulated products. 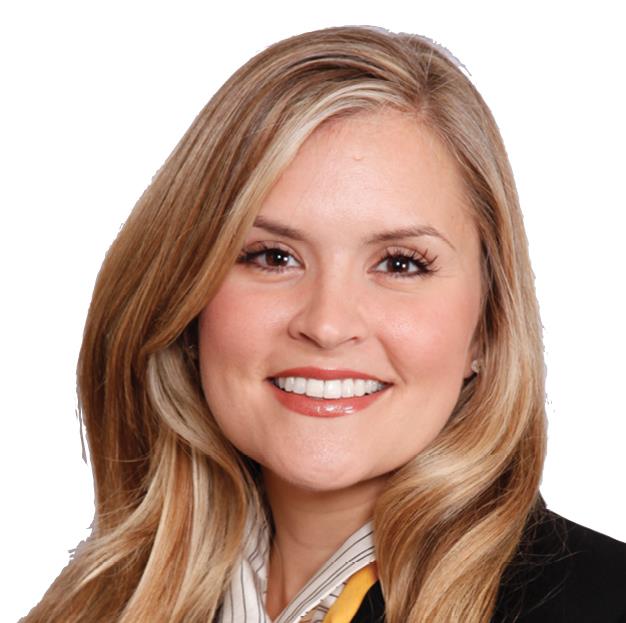 Catherine Lovrics’ practice focuses on trademarks, copyright, personality and publicity rights, as well as marketing and advertising law, consumer protection and privacy law. She advises on legal issues relating to the Internet and digital media, including social media and apps.