CAFC: you can't stop the VILLAGE PEOPLE marks for fraud or abandonment

In Willis v Can't Stop Productions Inc (2012-1109, November 13 2012), the US Court of Appeals for the Federal Circuit has affirmed the Trademark Trial and Appeal Board (TTAB)’s dismissal of various fraud and misrepresentation claims against registrations for the VILLAGE PEOPLE marks brought by Mrs Willis - wife of the musical group’s original lead singer - against Can’t Stop Productions Inc, owner of three related registrations. The Federal Circuit also affirmed the TTAB’s grant of summary judgment that Can’t Stop Productions had not abandoned its marks and that its marks are not generic.

In the 1970s Jacques Morali and his partner Henri Belolo (who collaborated to form Can’t Stop Productions) assembled a group of six men who dressed as distinctive characters from various American social groups - a construction worker, a police man, a Native American, a cowboy, a military man and a biker. The group was named the Village People, and had several hit songs including YMCA and Macho Man. Can’t Stop Productions owns multiple marks relating to the group, including two word marks for VILLAGE PEOPLE (for, among other things, entertainment services by a musical/vocal group and pre-recorded audio tracks) and a design mark depicting the six characters: 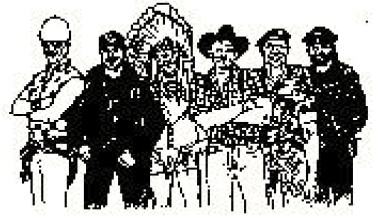 Mr Willis left the Village People in 1982, but the group (with various line-ups) continued to perform under the Village People name. Mrs Willis argued that her husband was the true source of the goods and services associated with the marks, but it was difficult for him to perform under the name. After unsuccessfully attempting to license the marks from Can’t Stop Productions, Mrs Willis filed three petitions (pro se) for cancellation of the marks making various allegations that the TTAB interpreted as fraud or misrepresentation claims.

Additionally, Mrs Willis argued that the VILLAGE PEOPLE marks are generic because they “merely identify groups of people living in a community or small town”. The court disagreed because Mrs Willis had failed to allege or provide any evidence that the term 'Village People' is a generic term for musical recordings or performances.

Mrs Willis also argued that Can’t Stop Productions had misrepresented the source of its goods and services because, she claimed, they originate from her husband rather than from Can’t Stop Productions (the successor groups). The court also affirmed the dismissal of that claim, noting that Mrs Willis’s “cursory allegation that her husband is the true source of the goods” fails to make out a claim of misrepresentation of source. Additionally, Mrs Willis argued that Can’t Stop Productions misrepresented the services because the Village People is a “concept group”, not a “musical and vocal group” as claimed in the registrations. The court found that the TTAB had correctly dismissed that claim - which it interpreted as an allegation of fraud - as legally insufficient to make out a claim for fraud.

Although one claim of fraud relating to a Can’t Stop Productions registration for audio recordings remains pending, it would seem that this claim is unlikely to succeed and Mrs Willis will still find it difficult. Of course, Mrs Willis will recall that famous chorus that “it's fun to stay at the YMCA”!