Cadbury's UK trademark application for a shade of the colour purple for chocolate is a step closer to registration following an unsuccessful appeal by Nestlé to the High Court in Société Des Produits Nestlé SA v Cadbury UK Ltd ([2012] EWHC 2637 (Ch), October 1 2012).

In 2004 Cadbury applied for registration of the following mark: 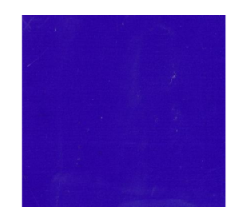 The mark was described as follows:

Nestlé opposed the application on absolute grounds, which included an argument that the mark was not a sign and was not capable of being represented graphically, contrary to Sections 1(1)(a) and 3(1)(a) of the Trademarks Act 1994. The principal hearing officer rejected Nestlé's arguments and Nestlé appealed to the High Court.

Before the High Court, Nestlé submitted that the application was contrary to the decision of the Court of Justice of the European Union (ECJ) in Dyson v Registrar of Trademarks (Case C-321/03) because the application covered a multitude of visual forms and, therefore, was not a 'sign' within the meaning of Article 2 of the EU Trademarks Directive (2008/95/EC) (which replaced the First Trademarks Directive (89/104/EEC).

In Dyson, the ECJ had decided that an application to register a transparent collecting bin for a vacuum cleaner should be rejected, since it was not for a particular type of collecting bin, but was for "all conceivable shapes of such a collecting bin" and was not sufficiently specific to constitute a 'sign'.

In the present case, the court considered that the ECJ's decision in Libertel Groep BV v Benelux-Merkenbureau (Case C-104/01) answered most of Nestlé's arguments against registration of the application. The ECJ had decided in Libertel that a pure colour mark which was not spatially defined was in principle capable of being registered, even though it could be used in an infinite number of ways. Libertel remained good law despite the ECJ's later decisions in Heidelberger Bauchemie (Case C-49/02) and Dyson. In Heidelberger, the ECJ had taken care to distinguish marks consisting of two or more colours from single colour marks and had declined the advocate general's invitation to review its decision in Libertel. Similarly, the court in the present case considered that, in Dyson, the ECJ clearly had Libertel in mind and did not suggest that its reasoning was intended to change the effect of its ruling in that case.

The use of the word 'predominant' did not introduce any more vagueness or uncertainty about the scope of the mark than there would be if the word was not included in the description of the mark. If this uncertainty was a valid concern, it would not be possible to register any colour in the abstract, contrary to the ECJ's judgment in Libertel.

Finally, the court agreed with the hearing officer's view that, although the colour purple might be used with other material on the packaging of the goods, that material did not form part of the sign applied for. Consequently, the application should not be regarded as a combination of colours and did not require spatial delimitation pursuant to Heidelberger.

In its opposition, Nestlé claimed that the application was devoid of distinctive character, contrary to Section 3(1)(b) of the Trademarks Act, while Cadbury relied upon evidence that the application had a distinctive character acquired through use. Having considered that evidence, the hearing officer had decided that the specification of goods should be amended to reflect the goods for which distinctiveness had been acquired. After amendment, the list of goods was restricted from:

On appeal, Nestlé argued that the goods should have been limited to milk chocolate, as there was no evidence that Cadbury had used the mark in relation to plain, dark or white chocolate. The court agreed that, in the absence of specific evidence dealing with other types of chocolate, and bearing in mind the public interest in not unduly restricting the availability of colours for other traders who market the same type of goods, the specification was too broad and should be amended.