In the fight against unfair marketing practices, businesses operating in Russia would be well advised to understand the correlation between unfair advertising and unfair competition and to take account of the relevant legal provisions so as to build up an effective enforcement strategy.

The Federal Law on Advertising (38-FZ, 13 March 2006) regulates advertising in Russia and is enforced by the Federal Antitrust Authority (FAS). FAS decisions on advertising cases may be appealed to commercial courts. The FAS normally issues clarification letters and guidelines dedicated to practical enforcement issues – although they are not legislative acts, such letters play an important role in advertising cases.

The Federal Law on Competition Protection (135-FZ, 26 July 2006) is the main legislative act regulating competition in this sphere, with the FAS as its enforcing authority. The bulk of the Competition Law deals with dominant position issues, the prevention of cartels and antitrust control in merger and acquisitions. Chapter 2.1 is specifically dedicated to the prevention of unfair competition.

Understanding the correlation between unfair advertising and unfair competition under Russian law, as well as the conditions that trigger enforcement mechanisms, is extremely important for businesses operating in Russia, as it allows them to fight effectively against unfair marketing practices and to properly evaluate risk.

Unfair competition is one form of unfair advertising.

While Article 10bis of the Paris Convention for the Protection of Industrial Property is effective in Russia, it is Russia’s domestic legislation, in particular Article 4(9) of the Competition Law, that defines ‘unfair competition’ as any business activities aimed at gaining advantage in commerce, contrary to Russian legislation, business customs, requirements of good faith, reason and justice, and that have caused or may cause damage to competitors or their business reputation.

Chapter 2.1 of the Competition Law provides a non-exhaustive list of the activities constituting unfair competition:

Further, the Advertising Law also provides a list of banned false advertising practices (with around 19 examples). Among these is the dissemination of advertising that contains untrue information regarding:

There are a number of similarities between some provisions of the Competition Law and Advertising Law. However, there are differences in the enforcement procedures of both laws. Further, the Code of Administrative Offences also provides for different articles under which administrative fines are imposed: Article 14.3 for advertising cases and Article 14.33 for unfair competition cases.

Similarities between certain provisions has resulted in the concurrence or competition between these laws.

In this regard, while considering the competing provisions of the two laws, a practitioner should understand that the Advertising Law provides a definition of ‘advertising’, which is understood to be information, disseminated by any means, in any form and with the use of any activities, addressed to an unlimited number of persons and aimed at gaining attention for the advertised object, generation and support of interest in it and its market promotion.

In Resolution 58 (8 November 2012) the Supreme Commercial Court resolved the concurrence between competing provisions:

The FAS frequently considers cases of unfair competition and unfair advertising in Russia.

Another notable case involved the enforcement of Russian Trademark 289957 (Empire of Pizza) covering pizza and services for production and delivery. 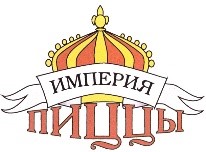 The trademark owner filed a complaint with the FAS claiming that online advertising by the delivery services aggregator with use of the trademark was in fact aimed at generating attention for the competing businesses. With the ruling on Case 4-14.33-114/77-14, the FAS qualified such activities as unfair competition and proceeded with an administrative fine.

Recent clarifications by the Supreme Court on 23 April 2019 are also of significance. The court stressed that the use, as a criterion for displaying a contextual advertisement, of keywords and phrases that are identical or similar to the point of confusion with another means of individualisation owned by another party, taking into account the purpose of such use, can be recognised as an act of unfair competition.

Taking competing advertising and marketing materials into consideration is vital. It is advisable from the outset to take account of the relevant legal provisions so as to build up an effective enforcement strategy. One strategy may be to file a complaint with the FAS or to enter classic civil litigation, while in other cases direct communication with the host provider as an information intermediary could be considered.

Irrespective of the forums chosen, Russian law provides an effective legislative framework through which to fight unfair advertising, even to the point of unfair competition.