The Brussels Court of Appeal has recently dealt with an interesting trademark infringement case pertaining to the abstract colour mark blue owned by Belgian beer brewer Alken-Maes. Maes, which is part of the Heineken group, is one of Belgium's oldest breweries. As early as the 1960s, it began marketing its lager under a trade dress using a distinct shade of dark blue.

In 2006 Maes successfully applied for registration of an abstract colour mark, claiming protection for the International Pantone Code 2478C in relation to beers. 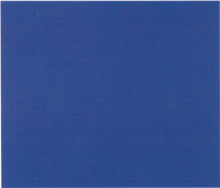 In 2012 InBev Belgium, part of Anheuser-Bush InBev (the world's largest brewing conglomerate), redesigned its low-alcohol beer, changing from JUPILER BLUE to BLUE BY JUPILER under the following trade dress:

Maes sought injunctive relief, relying on, among other things, the infringement of its colour mark which it claimed was well known in part of Benelux. Surveys had shown that over 60% of Belgian consumers attribute the distinct shade of dark blue to beer – in particular, to Maes.

In an October 21 2013 decision the Brussels Court of Appeal accepted the validity of the colour mark and upheld the infringement. The verdict did not come as a bolt from the blue, as it confirmed an earlier decision of a lower court, albeit on slightly different grounds. Regarding the infringement of the mark which Maes based on the enlarged protection offered to well-known marks, the court held as follows:

In addition to the trademark infringement, the appeal court confirmed that the marketing of the cans and bottles in shops constituted a misleading trade practice. According to the court, the global visual similarity conveyed by both products as seen from a distance on shelves, which was evidenced by pictures taken in shops, was likely to cause consumers to take a transactional decision that they would not have taken otherwise.

This colour mark verdict is the latest in a series of decisions in which Belgian courts have ruled in favour of the trademark owner. Earlier cases included the blue-silver colour mark of Red Bull, the heavenly blue colour mark of Rizla and the orange colour mark of Veuve Clicquot (see here and here).

InBev can appeal on points of law before the Supreme Court.