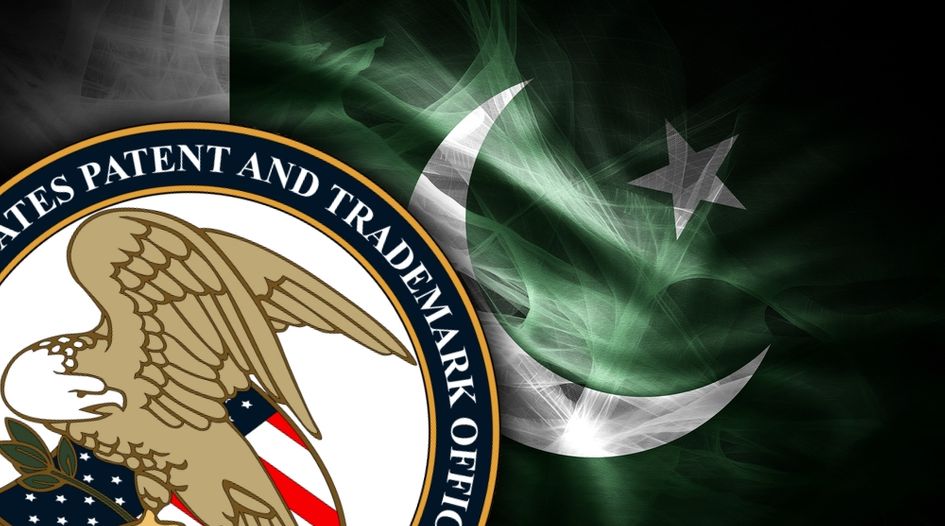 New details have emerged about “the biggest money laundering case in the history of Pakistan” which features claims of fraud targeting users of the USPTO. In newly-obtained documents, it is revealed that employees at Digitonics Labs were allegedly impersonating employees of the USPTO in an effort to blackmail users – with Google ads allegedly used to lure in victims seeking trademark services.

The latest documents obtained by WTR reveal further information about the fraud and money laundering case being investigated by the Pakistan government’s Federal Investigation Agency (FIA). As WTR first reported in February, the case involves a Karachi-based entity called ‘Digitonics Labs’, which allegedly operated over 200 fraudulent websites, including a number of low-cost trademark filing offerings. The company’s office was raided on 12 January 2021, leading to the arrest of nine people, including Digitonics Labs CEO Muhammad Burhan Mirza.

Most of the websites allegedly operated by Digitonics (a full list can be accessed here) offered logo creation, web design and ghostwriting services, while at least four (‘gpteb.org’, ‘trademarkinc.org’, ‘trademarkfunnel.com’ and ‘usptotrademarks.com’) provided trademark filing services. The initial report found that some clients of those filing services were given “fake/fabricated” USPTO trademark certificates. On TrustPilot, two of the three reviews called ‘usptotrademarks.com’ – a website that used the USPTO’s logo and colour scheme – a “scam”.

In a 48-page document obtained by WTR this week, the FIA goes into more detail about the case, with some aspects that could prove troubling for the USPTO. Specifically, it is revealed that representatives of Digitonics allegedly “impersonate themselves” as USPTO officials and “warn customers to gain/obtain their registered trademark or otherwise face a lawsuit and their company shut down”. To make the calls seem genuine, Digitonics allegedly used a virtual phone number that “fictitiously created” the USPTO’s legitimate number. This activity allegedly involved “thousands upon thousands of victims” in order to “defraud, embezzle, cheat and extort funds”.

The document further reveals how Digitonics managed to attract so many clients to its platform. The company allegedly used “pay-per-click adverts through Google” that boosted the position of its websites on Google search. According to the report, “during web searches, the similar website [‘usptotrademarks.com’] appeared on top of the search on Google, whereas the original site of the USPTO appeared after the similar site, therefore, the client became confused”. On top of that, Digitonics allegedly “used to make advertisements” to promote the “fictitiously created USPTO website”, and paid for those adverts to appear on platforms include “Google, Facebook, LinkedIn, Bing, Yahoo and many other websites to lure international clients”.

During the FIA’s raid of the Digitonics office in Karachi, “a large number of fake/fabricated certificates purportedly issued by USPTO” were recovered. The fake certificates were also found in “editable/soft form” on recovered computers, wherein one of the accused representatives allegedly “edited the name of a client through using Photoshop/special software design”, with the “final form of the certificate sold to international clients” for “huge money”.

The term ‘huge’ is not an exaggeration. The FIA document claims that Digitonics had a monthly revenue of “around $2.5 million” through the “extortion of international clients in the name of up-selling, the sale of fake/fabricated USPTO certificates, and the maintaining of phishing websites”.

Despite the big money involved, it appears not all representatives at Digitonics were happy with the illegal activities being allegedly conducted. The document includes a disturbing testimony from a former employee of the company, who complains of abusive behaviour from senior executives. The testimony, paraphrased for readability, reads: “Myself and other sales agents often refused the directions of executives, who subsequently threatened me and other agents as well as our families. If l did not do as they say, it resulted in our salaries not being disbursed for many months. Whenever we tried to sustain their pressure and refused their directions, they used corrupt police personnel to pressurise us, illegally. Under these circumstances, l tried to commit suicide multiple times, in which my mother and my sister stopped me. I am not the only victim of their harassment, there are lots of other sales agents that left due to these illegal practices. Despite them giving me more salary, I decided to leave and work for a company that provided me with a lower salary but at least did not force or pressurise me to do any kind of illegal sales.”

Talking to WTR about the case (and assisting in obtaining the documents), representatives from Pakistan-based law firm Ali & Associates, partner Ali Kabir Shah, senior associate Hanya Haroon, and junior associate Rida Tariq, reveal that the FIA has requested additional time “to comb through all the evidence procured up to date”. They note that further data-gathering will involve “deep forensic analysis” of some of the confiscated items from the raid, while also “expecting more information from the apprehended accused” during interrogations and from the absconders that have not yet been detained.

The details of the case are particularly unique in Pakistan, Shah and Haroon claim. “The scope of operations and the brazenness with which operations were conducted, which includes extensive financial fraud, harassment, money laundering, phishing and other offences, is quite baffling,” they explain. “What is also unique is the operation of a fake USPTO website to sell trademark registration certificates. We have seen the case of fake university degrees, but it is believed this is the first case in Pakistan which includes the sale of fake trademark registration certificates targeting the USPTO.”

For that reason, a case like this – on this scale anyway – is uncharted territory for the USPTO. Positively, in comments to WTR, USPTO trademark commissioner David Gooder confirmed the registry is willing to work with Pakistani authorities. “We have notified US law enforcement and are working to protect owners of pending applications who may have been impacted,” he tells us. “We are aware of the ongoing investigation by the FIA and will cooperate to the fullest extent possible. We are committed to the rigorous protection of all users of our world-class trademark register.”

Another significant development occurred earlier this week when a former deputy director at the FIA was reportedly arrested “under money laundering charges” for allegedly taking a significant bribe from ‘a software company’ in January. In return, he allegedly extended “undue favours” to employees at the accused company. It is known that this FIA deputy director was working on the Digitonics Labs case in January, with one local reporter linking the two stories when it first broke.

Indeed, it is this recent aspect of the case – and the significant money involved – that has captured the attention of Pakistani media outlets, Shah and Haroon note. “At this point, media coverage has focused on the allegations of the massive amount of money laundering and financial fraud and the scope of the operations involved,” they add. “The case also attracts attention toward itself because during the proceedings, some FIA officials were abruptly transferred and/or are under investigation for allegedly taking bribes from the accused.”

Going forward, the FIA appears to still be gathering evidence to help boost the eventual trial. According to Shah and Haroon, that means there is still time for anyone impacted to contact the FIA with information. “It would be very resourceful if more victims come to light and testify as it would not only strengthen the case but also increase the pressure to resolve the trial,” they conclude.