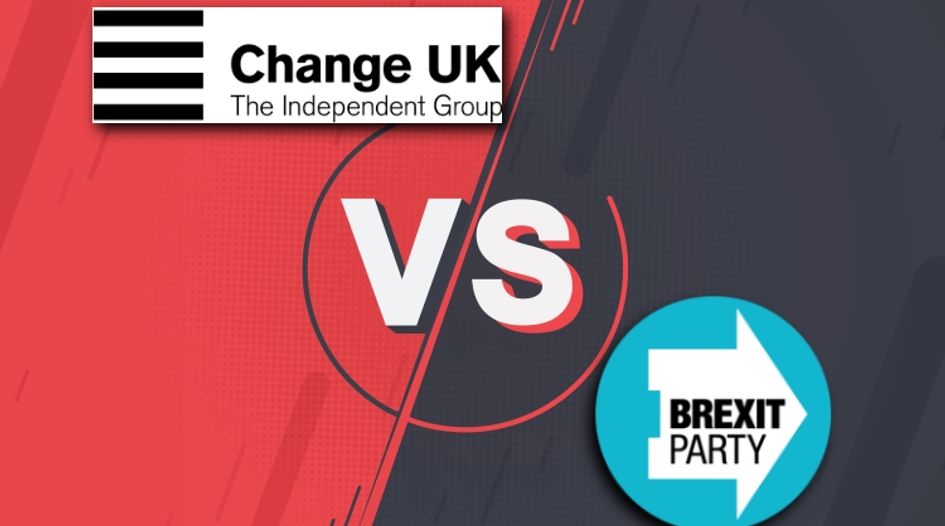 Every Tuesday and Friday, WTR presents a round-up of news, developments and insights from across the trademark sphere. In our latest edition, we look at Guns ‘N’ Roses moving to protect a trademark, Indian farmers prevailing over PepsiCo in a potato legal battle, top Indian brands backing underdogs in Cricket World Cup, and much more. Coverage this time from Trevor Little (TL), Bridget Diakun (BD), Jonathan Walfisz (JW)  and Tim Lince (TJL).

Guns ‘N’ Roses move to protect their sweet trademark o’ mine – The rock band Guns ‘N’ Roses have filed a trademark infringement action with a California court over a beer named ‘Guns ‘N’ Rosé’. Colorado based Oskar Blues Brewery, part of the Canarchy Craft Brewing Collective, had attempted to register its beer’s name but abandoned the application upon the band’s opposition. The brewery started selling the beer in 2018 and intends to sell the rose-style beer until March 2020. The band claims the beer has caused “irreparable damage” to their brand through appearing to be an official partnership with the band. (JW)

Judge decides on Hells Angels’ fate – After a years-long legal battle over copyright breach and trademark infringement, the Hells Angels have been awarded $5,000 in nominal damages against Redbubble, a t-shirt website. The website allows users to submit designs and had been featuring several t-shirts that the Australian arm of the Hells Angels deemed to infringe on their trademark. Regarded as an “organised crime syndicate” by the United States Department of Justice, the Australian arm of the biker gang’s copyright case failed in March. However, the trademark case for their flying skull logo was awarded the nominal damages on Monday (13 May) after it was shown that the highest selling t-shirt including the design had sold only two units. (JW)

Crossfit files lawsuit against former CrossFit Games sponsor – Crossfit has taken Progenex, a supplement company and former sponsor of the CrossFit Games, to court for alleged trademark infringement. The company claims that Progenex, as well as its entities, have breached their 2016 settlement agreement by using CrossFit’s trademarks in a way which is misleading to consumers. CrossFit is seeking both cessation as well as payments and damages. (BD)

Indian farmers beat PepsiCo in spud spat – PepsiCo has backed down from lawsuits filed against Indian subsistence farmers over claims that the farmers had been growing their FC5 variety potato without a license. PepsiCo’s potato has been designed to be lower in moisture to produce superior potato chips. The company was seeking $143,000 in damages from each farmer who had cultivated the potato seed without a license. PepsiCo had offered to withdraw as long as farmers joined its authorised cultivation program or agree to grow other types of potatoes, but Indian farmers groups claimed they are protected to grow and sell the spud under Indian agricultural laws. The company dropped the case after discussions with the government alongside 194 activists writing to the Ministry of Agriculture claiming the “intimidation and legal harassment of farmers is happening because farmers are not fully aware of (their) rights”. (JW)

Kraft Foods loses peanut butter battle due to legal oversight – The Federal Court of Australia has dealt Kraft Foods a blow in its dispute with Bega. Kraft has sold peanut butter in Australia since 1935 and has used a yellow lid since the 90s with an additional blue or red peanut label added to the trademark in the 2000s. Kraft sold its Australian peanut butter business, among other assets, to Bega in 2017. Upon the sale, Kraft granted Bega license to continue using their marks until December 2017. However, Bega continued to use the yellow lid and peanut label after that date, with Kraft suing on the belief that the trademarks of the Australian Kraft company, Kraft Foods Limited (KFL), were ultimately the possessions of the greater Kraft conglomerate. The court has now ruled otherwise as -  despite Kraft’s attempts to assign the unregistered rights to the parent company – they had not assigned the actual peanut butter business’ goodwill or the unregistered rights to another Kraft group entity. Kraft had therefore unwittingly sold its unregistered trademarks to Bega. Additionally, it was ruled Kraft couldn’t package their new peanut butter with the phrase “Loved since 1935” as that was descriptive of the product sold to Bega. However, Justice O’Callaghan did rule against Bega’s advertisement claiming the peanut butter was “Now Australian Owned and Made” as Kraft’s product was also made in Australia. (JW)

INTA Annual Meeting on the up – The INTA Annual Meeting looms large, and new data finds the event has broken through the 11,000 registrants barrier, with Joshua Wolkoff, an associate at Baker McKenzie, revealed as the 11,000th person to sign up. The numbers, which INTA states “keep climbing”, mean that this year’s annual meeting is the biggest yet. (TL)

Chinese authorities take hard (drive) action – In a recent action, Chinese police seized over 200,000 hard drives produced by counterfeiter which were selling the units as branded items – targeting companies including Hewlett Packard Enterprise and IBM. The Xinhua news agency reports that the police arrested 56 suspects at two factories and four offices in the cities of Nanjing, Beijing, Chongqing and Guangzhou. (TL)

Top Indian brands back the underdogs in the Cricket World Cup for maximum exposure – Kent RO, a water-purifier producer, and Amul, a dairy brand, have become the main sponsors of Sri Lanka and Afghanistan, respectively, in this year’s International Cricket Council (ICC) World Cup. Of the teams participating this year, Afghanistan and Sri Lanka are the lowest ranked. Rather than associate with the ICC directly, these brands are betting that they will have more exposure this time around given the new format of the tournament. There will be a round-robin in this tournament, meaning that Afghanistan and Sri Lanka will play a minimum of nine matches in each tournament. Furthermore, they will both play India at least once. The matches with India are a golden opportunity for high viewership, as nearly 90% of cricket fans are based in the Indian subcontinent. Thus Kent RO and Amul are able to maximise exposure while also limiting sponsorship costs. Oppo had bid $162 million in 2017 to be the main sponsor of the Indian cricket team for a five-year period. According to estimates, Kent RO and Amul will only be paying something between $200,000 and $400,000. Although Oppo obtained a long-term deal, brand strategy experts suggest that only sponsoring for the World Cup makes better commercial sense. It attracts far more attention and views are higher as the tournament only occurs every four years. The takeaway from this strategy, then, is that it’s not just the big teams or the best performers which can help boost brands - what it comes down to is the level of viewership and engagement of the fans. (BD)

UK political party stalls due to confusing branding – Back in March, we reported on a collective  of anti-Brexit UK MPs who called themselves The Independent Group (TIG) and subsequently launched a new political party called ‘Change UK’. At that time, commentators noted that the Change UK name and website domain had the same name of a leading petition website, causing potential legal issues for the fledgling political party. Fast forward a couple of months, and Change UK is struggling in the latest UK polls, with some media figures blaming its confusing naming strategy as one of the errors it has taken since launch. “Nothing sums up Change UK’s blundering more than the sorry saga of their name,” writes David Herdson on popular British politics blog PoliticalBetting. “They first picked one – The Independent Group – that said little about what they were for, before dumping what progress they had made with that and switching to Change UK, which also says nothing about what they stand for or against.” As well as issues with the name, Wired recently analysed problems with the group’s logo, claiming it is “quite brutal” and vague in its meaning: “If you’re at the point where you have to describe your logo to an electorate, I’d question its overall effectiveness. I hate to say it, but The Brexit Party have tackled their fledgling brand much more successfully than The Independent Group. Most crucially, they nailed the name: it couldn’t be clearer.” Indeed, Herdson also points to the The Brexit Party as political branding done right. “Contrast all this with Nigel Farage’s new vehicle, The Brexit Party – which implies all you need to know about it in about a second,” he writes. “Change UK could have taken a leaf out of the same book and called themselves the Remain Party and so tried to appropriate to themselves that generic mantle.” Indeed, trademark practitioners will be aware of how difficult it is to come up with effective brand names for new products or services. It appears that even in the political sphere, a good name that clearly conveys purpose is increasingly key to success – and when it comes to The Brexit Party versus Change UK, it appears there’s a clear winner in the battle of branding. (TJL)

DLA Piper unveils new IP partner in San Diego – DLA Piper has appointed Andrew Serwin to partner at the firm’s Data Protection, Privacy and Security group in San Diego. Co-chair of the firm’s US IP and technology practice, Ann Ford, comments on the hire: “Andy’s wealth of experience will allow us to strengthen and expand our core IPT practice offerings, particularly as demand for knowledgeable counsel in the areas of data privacy and cybersecurity continues to rise in California and across the country”. (BD)