In Brazil, trademarks are governed by the Law on Industrial Property (9,279/1996). The protection of Olympic symbols and terms is provided for in the Pelé Law (9,615/1998) and, in regard to the 2016 Olympic Games in Rio de Janeiro, the Olympic Act (12,035/2009) confers additional protection on the symbols and expressions associated with the games.

In Brazil, trademarks are governed by the Law on Industrial Property (9,279/1996). The protection of Olympic symbols and terms is provided for in the Pelé Law (9,615/1998) and, in regard to the 2016 Olympic Games in Rio de Janeiro, the Olympic Act (12,035/2009) confers additional protection on the symbols and expressions associated with the games. The Olympic Act will remain in force until December 31 2016.

The law also establishes that signs that imitate or reproduce a third-party mark are not registrable as trademarks if the sign is intended to distinguish a product or service that is identical or similar to that covered by the existing mark and is likely to cause confusion or association with such mark. As a consequence, the law enables the owner of a mark that has not yet been filed or registered in Brazil to challenge third parties which attempt to register similar or identical trademarks. Similar to the situation mentioned above, the rights holder has 60 days in which to file an application for registration of its mark in Brazil, starting from the filing date of the opposition or administrative nullity action. 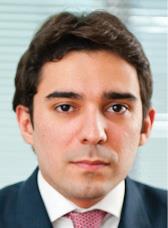