As the leading advocate for the interests of brand owners, the International Trademark Association (INTA) is constantly working to foster effective trademark laws and policies worldwide. As an INTA volunteer, board member and, in 2015, president, I have had numerous opportunities to work intimately on a number of issues that are pertinent to our industry and our practice.

As the leading advocate for the interests of brand owners, the International Trademark Association (INTA) is constantly working to foster effective trademark laws and policies worldwide. As an INTA volunteer, board member and, in 2015, president, I have had numerous opportunities to work intimately on a number of issues that are pertinent to our industry and our practice. Over the years it has become increasingly clear to me that brand owners and trademark practitioners need to be actively involved in these issues. It is also clear to me that when we do engage in these pertinent issues, it makes a difference; and IP associations such as INTA provide us with a meaningful way to participate and have our voices heard. Drawing on the vast intellectual wealth of its global membership, INTA has taken on an active and influential role regarding a number of current issues facing our industry, including those created by the European trademark reform, plain packaging rulings, the Geneva Act of the Lisbon Agreement and internet governance.

The provisional agreement also includes mechanisms to finance cooperation between the Office for Harmonisation in the Internal Market (OHIM) and national trademark offices and for ‘offsetting’ any future surplus. Specifically, 5% of OHIM’s annual revenue will be used to cover the expenses of national offices for handling activities and procedures involving Community trademarks; this amount can be increased by another 5% if OHIM accumulates a surplus. INTA will be monitoring this mechanism closely, as rights holders will be seeking transparency and accountability to ensure that surplus generated from user fees is reinvested in improving the performance and efficiency of the EU trademark system. Although these provisions were not part of the provisional agreement, INTA would have appreciated the inclusion of bad faith as a relative ground for refusal, as well as the immediate implementation of opposition and cancellation administrative procedures at the national level in all member states (as opposed to the seven-year transition period that the provisional agreement mandates).

During the 2015 INTA Annual Meeting, Sandris Laganovskis, president of the Latvian Patent Office, updated members of INTA’s European National Trademark Office Relations Sub-committee of the Trademark Office Practices Committee on the next steps in the EU trademark reform process (Latvia held the EU presidency until June 2015). He informed the sub-committee that a final version of the agreement would likely be published by mid-June. Once adopted by the European Parliament’s Legal Affairs Committee and the European Council and translated into the 23 EU languages, lawyer linguists will start revising the texts. After the texts are formally approved by the European Council and Parliament in plenary session, they will be published in the Official Journal of the European Union. The regulation is expected to enter into force around January 2016 at the earliest. EU member states will have a three-year period to implement most of its provisions.

Laganovskis told INTA that he does not expect any substantive changes to the text from this point on and believes that, with this legislation, the European Union has succeeded in modernising and harmonising its trademark system. As the full text of the agreement becomes available, INTA will be closely studying it from all perspectives and will then make its final assessment on EU trademark reform. Once the agreement is adopted, INTA will start working with the relevant authorities on the agreement’s implementation.

There has been a recent push to pass legislation to restrict the use of trademarks on tobacco products through plain and highly standardised packaging measures. During the annual meeting, INTA’s board of directors approved a resolution urging governments to reject or repeal such legislation, as it is in violation of the Paris Convention, the Technical Barriers to Trade Agreement and the Agreement on Trade-Related Aspects of Intellectual Property Rights (TRIPs). Such packaging measures also run the risk of setting a precedent for similar approaches in other sectors, such as alcoholic beverages (already under study by the government of Indonesia), soft drinks, snack foods and fast foods (all of which are the subject of plain packaging proposals by the Canadian Medical Association). The government of South Africa has already instituted standardised packaging restrictions on infant formula milk.

It is INTA’s view that there are many alternatives to promote public health and safety that would not jeopardise consumers’ ability to make informed choices, limit competition for goods that are legally available in the marketplace and that are subject to taxation, or pave the way for increased counterfeiting and trade in diverted goods. Earlier this year, INTA also submitted an amicus brief on this issue to the World Trademark Organisation (WTO) Dispute Settlement Panel.

The resolution and amicus brief are publicly available at www.inta.org and serve as guidelines for trademark practitioners in jurisdictions grappling with this issue to help them advocate for trademark-friendly solutions.

On May 11 2015 World Intellectual Property Organisation (WIPO) Director General Francis Gurry opened the Diplomatic Conference for the Adoption of a new Act of the Lisbon Agreement for the Protection of Appellations of Origin and their International Registration. Over 400 negotiators from around the world attended the conference at WIPO’s Geneva headquarters.

Much of the first day of the conference was devoted to introductory statements by delegations and non-governmental organisation representatives, including INTA. Bruno Machado, INTA’s representative in Geneva, provided an opening statement (available at www.inta.org) which underscored INTA’s support for all forms of branding, including geographical indications, and INTA’s position that geographical indications and other IP rights, including trademarks, can and should co-exist harmoniously. INTA also expressed concern over provisions that could seriously jeopardise trademark owners’ rights or could present a barrier to countries that rely on trademarks for the protection of geographical indications to joining the proposed new act.

On May 21 2015 the Geneva Act of the Lisbon Agreement was officially signed, incorporating some of the key goals of the negotiation text for the conference. For example, the Geneva Act broadens the legal scope of the Lisbon System, allows for the international registration of geographical indications and appellations of origin and permits accession to the Lisbon Agreement by certain intergovernmental organisations. The new act will remain open for signature until May 20 2016.

The Geneva Act and other topics relating to trademarks and geography will be the subject of INTA’s Interplay between Trademarks and Geographical Indicators Conference, which will take place in Rome in December. INTA will be inviting representatives from the European Commission, the Hungarian IP Office, OHIM, the Mexican Institute of Industrial Property, WIPO and the WTO.

In March 2014 the US Department of Commerce National Telecommunications and Information Administration (NTIA) – which is contracted by the Internet Corporation for Assigned Names and Numbers (ICANN) – announced its intent to transfer governance of the Domain Name System (DNS) from the US government to a global multi-stakeholder community which includes businesses, governments, non-commercial users and civil society.

On May 11 2015 the US House of Representatives Sub-committee on Intellectual Property, Competition and the Internet of the Committee on the Judiciary held a hearing entitled “Stakeholder Perspectives on ICANN: The .Sucks Domain and Essential Steps to Guarantee Trust and Accountability in the Internet’s Operation”, which focused on issues relating to the transition of oversight of the DNS away from the NTIA. Representing the interests of brand owners, INTA’s immediate past president Mei-lan Stark (Fox Entertainment Group, United States), was one of eight witnesses who testified at the hearing.

She offered the rights holders’ perspective on ICANN’s performance regarding the ‘.sucks’ launch and the concerns that it raises for the potential relinquishment of NTIA stewardship of key DNS functions. She summarised the process leading to the implementation of new rights protection mechanisms that would address concerns raised by rights holders, including, the Trademark Clearinghouse (TMCH). Stark described the launch of the ‘.sucks’ domain name as an example of ICANN’s operational deficiencies and highlighted how its owner, Vox Populi Registry Ltd, is using the very mechanisms designed to protect trademarks and consumers to charge businesses exorbitant fees to register their marks as domain names. Vox Populi charges trademark owners $2,499 per domain (while charging consumers $10 per domain). Only trademarks included in the TMCH are subject to the $2,499 pricing. The TMCH, intended to be a rights protection mechanism, is essentially being manipulated to set unfair pricing and specifically targets trademark owners that have been diligent in protecting their rights.

Concluding her testimony, Stark explained how the ‘.sucks’ controversy has both shone a light on ICANN’s operational deficiencies and demonstrated that ICANN is not yet ready to transition stewardship away from the NTIA. She stressed that INTA supports the transition, but only when strong accountability and transparency mechanisms can be assured. She also reminded Congress that ICANN’s decisions and actions directly affect not only the future of the Internet, but also the businesses and consumers that use it. INTA stands ready, she said, to help ICANN develop and implement a reliable framework that promotes fair competition, choice and trust in the new generic top-level domain programme.

Looking ahead to the rest of 2015, INTA members will have a number of opportunities to engage with high-level government officials on a number of important issues, including those discussed here. In the United States, the Congressional Trademark Caucus (CTC) has officially re-launched in the 114th Congress. The CTC and INTA will be active on Capitol Hill with congressional briefings and other trademark and brand awareness initiatives being planned. Looking to Asia, INTA will send a delegation to participate in Singapore IP Week’s Global Forum on Intellectual Property. The delegation plans to meet with officials from all 10 Association of Southeast Asian Nations states, who will be gathered in the city. INTA is also looking forward to returning to China for its second major leadership delegation visit. We will be going to Shanghai to meet officials from the enforcement agencies and the new specialised IP courts. INTA will also participate in the 2015 China International Trademark Festival.

In October, INTA will host its Trademark Administrators and Practitioners Meeting in Alicante, Spain – the first time that INTA will host this outside the United States – giving registrants a unique opportunity to meet with OHIM officials and examiners. Its leadership meeting, which will take place in Panama City this November (INTA’s first major event in Latin America), will present registrants with an opportunity to engage Panamanian leaders and officials from other Central and Latin American countries. INTA will use this occasion to raise awareness concerning the challenges of combating counterfeiting and to advocate for measures to halt the transshipment and transit of counterfeit goods through the Panama Canal.

I cannot stress enough that brand owners and trademark practitioners need to take an active role in the issues affecting not only our practices, but also our brands and the consumers who buy them. Supporting trademarks and advocating for effective trademark laws and policies around the globe are at the core of INTA’s mission and filter down through everything it does – but your voice needs to be heard too! 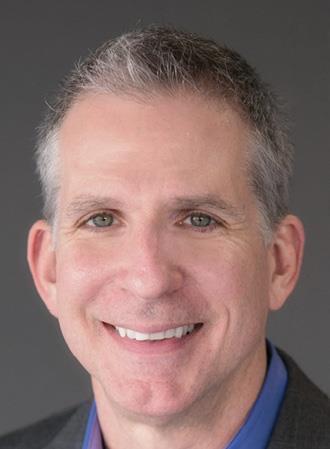