In People Interactive (I) Pvt Ltd v Gaurav Jerry (Notice of Motion (L) No 1504/2014 in Suit (L) No 622/2014), the Bombay High Court has issued an ex parte ad interim order restraining the first defendant from using the trademark SHAADIHISHAADI.COM, including as part of a domain name or in metatags. 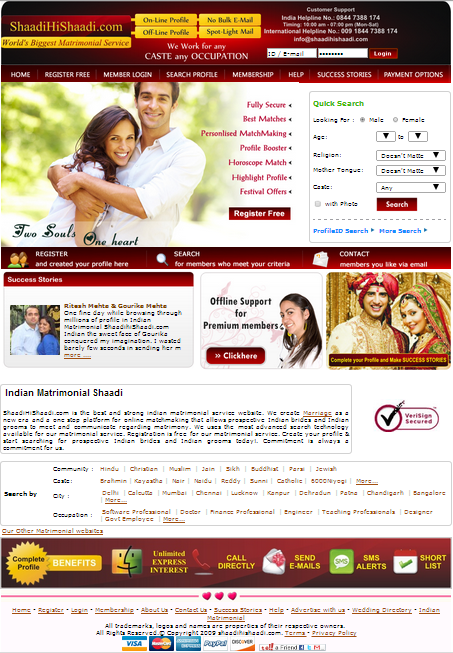 People Interactive’s claim was based on, among other things:

After hearing People Interactive’s arguments and examining the evidence produced, the court issued an ad interim injunction based on infringement and passing off. The court also directed GoDaddy (the other listed defendant) to cancel the first defendant's registration for the impugned domain name and web hosting services (noting, however, that GoDaddy could be innocent). The court discussed the concept of use of identical/similar metatags in two paragraphs of its decision, one of which is reproduced below:

"Metatags are routinely used by search engines and search engine robots to assess webpage contents and other relevant material relating to a webpage in the building of search engine indices. This is where an illicit use of metatags can be severely damaging. If, in the metatags of one website, a person uses the domain name or other unique identifying marks, characters or name of another, a search engine, being robotised, is bound to confuse the two, and to report that the first and the second are the same. A search for the latter (the original, the victim) is very likely to yield results for the former, which has pirated the identifying marks or name. If any individual was to run a website and use this court’s 'keywords' or 'description' in metatag contents, a search engine robot would identify that illicit website as being the 'official website of the Bombay High Court'."

In Consim Info Private Limited v Google India Private Limited (in which People Interactive was a defendant), the Supreme Court of India had passed a similar decision in relation to AdWords. People Interactive appears to have been emboldened by this decision passed against it, even though it did not refer to it in the present matter for obvious reasons. Since the registration of the domain name at issue here will be cancelled by GoDaddy, it is likely to fall in the public domain. However, surprisingly, People Interactive did not seek an order to transfer the domain name to itself, as was the case in Tata Sky Ltd v Cody, in which the Bombay High Court ordered the transfer of the domain name at issue to the plaintiff.

The decision in the present case shows that, if the parties in a domain name dispute are located in the same jurisdiction, it is advisable to seek a binding relief from the local courts, rather than use dispute resolution mechanisms such as the Uniform Domain Name Dispute Resolution Policy. However, it remains to be seen whether People Interactive will be in a position to maintain its monopoly over the common Hindi word 'shaadi', which means 'marriage'.

Huge Indian weddings are famous the world over. Matrimonial websites offer easy-to-use matchmaking services that take into consideration India’s diverse culture and society. If estimates from reputed sources are to be believed, the online matrimonial business is likely to reach a market size of over Rs1,500 crore by 2017 - no wonder India has already seen two legal disputes in this field.