In Redd Solicitors LLP v Red Legal Ltd ([2012] EWPCC 54 PCC, December 18 2012), Judge Birss QC in the Patents County Court of England and Wales has held that the defendants had infringed the claimant's Community trademark (CTM). The decision is interesting in that the claimant is a fairly robust firm of IP specialists.

The claimant, a firm of solicitors trading under the name Redd Solicitors LLP, specialised in IP work - although it did also handle other commercial work. Redd was the proprietor of the Community word mark REDD in respect of "legal services", registered in 2005. In 2011, following the settlement of a legal dispute with another firm of solicitors, it also became the owner of a 2010 application for the subsequently-registered UK word mark RED. Without being aware of any of this, in 2009 a firm of licensed conveyancers was set up under the name Red Legal Ltd, with Mr Crighton as its director. 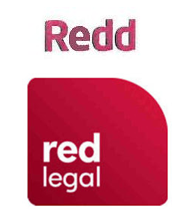 Redd sued Red for trademark infringement; Red denied infringement of the CTM, arguing that it was entitled to use the ‘own name’ defence provided by Section 11(2) of the Trademarks Act 1994, and seeking the partial revocation of the CTM on the ground that Redd only practised in a single area of law and, therefore, the mark should be revoked for all the areas of law in which it did not practise. If Redd's mark could not be revoked, it should at least be shaved down so as to exclude residential conveyancing. Regarding the UK word mark RED, Red Legal conceded that there was a likelihood of confusion, but argued that the mark was invalid: since Red Legal had been trading since 2009 and the RED application was filed a year later, that was a mark the use of which could be prevented by Red Legal's earlier unregistered mark under Section 5(4) of the act. Furthermore, since Redd took the mark over but never intended to use it, the registration was invalid under Section 3(6).

Judge Birss QC had no difficulty in finding for Redd and in holding both Red Legal and Mr Crighton liable.

Starting with partial revocation, Judge Birss considered that the tribunal's first task was to find as a fact whether the goods or services for which the trademark was registered had been genuinely used during the relevant period. In doing so, it had to arrive at a fair specification for the services having regard to the use made, but it was not constrained by the existing wording of the specification. Having done this, the tribunal should strike a fair three-way balance between the respective interests of the proprietor, other traders and the public: how would the average consumer fairly describe the goods or services in question? That of course would depend on the nature of the goods, the circumstances of the trade and the breadth of the use proved.

In this instance, the vast majority of clients came to Redd as a result of the firm's reputation for IP law expertise enjoyed by the individuals working in the firm. However, Redd did do other client work that had nothing to do with intellectual property. Accordingly, Redd had a credible reason, from a marketing point of view, to call itself an IP firm and not emphasise its other work - but that did not mean that "services relating to intellectual property rights" was a fair description of the totality of its work. Given the range of services offered by Redd, a fair description was "legal services".

It was plain that Redd had never offered residential conveyancing services - nor did it plan to do so. But was that a sufficient basis on which to carve out residential conveyancing from the specification? No, said the judge. An important part of the reason that "legal services" was a fair description was because of the nature of such services: they were many and varied, and would vary considerably from time to time. Accordingly, it would be unfair to engineer a carve-out for conveyancing services.

With regard to infringement, the judge found that the services were the same, the parties' respective indicia were conceptually close and, in the context of legal services, they were practically aurally identical. Although consumers tend to select legal services with care, and neither the colour red nor the word itself possessed a high degree of distinctiveness, that was insufficient to eliminate a likelihood of confusion. The use of RED LEGAL thus infringed Redd's CTM.

With regard to the ‘own name’ defence, the judge found that, while there was no evidence of actual harm suffered by Redd, the defendants had opted for a corporate name for a new business which conflicted with an existing trademark on the Trademark Register; ‘Red’ was not the name of anyone connected with the defendants, and the latter did not draw the attention of the public to the fact that they were a firm of licensed conveyancers rather than real solicitors. Had they taken the trouble to find out whether the name was free before they chose it, they would certainly have found Redd already there. Accordingly, the use of RED LEGAL was not an example of fair competition, having regard to the trademark owner's legitimate interests.

The challenge to the UK registration for the RED mark could not be sustained, as the earlier use on which Red Legal relied was itself an infringing use. However, somewhat curiously, Red Legal did have a defence under Section 11(3) of the act in respect of its earlier local use of its name in the vicinity of the East Midlands town of Northampton (population 212,500).