Beer marks held to be conceptually similar for German-speaking public

In Scandic Distilleries SA v Office for Harmonisation in the Internal Market (OHIM) (Case T-460/11, September 18 2012), the General Court has upheld a decision of the Second Board of Appeal of OHIM finding that the mark BÜRGER (and device) was likely to be confused with the mark BÜRGERBRÄU.

Romanian company Scandic Distilleries SA filed a Community trademark (CTM) application for the mark BÜRGER (and device), which included various descriptive elements, such as 'Original', 'Traditional Brewed Quality' and 'Premium Pils', in respect of "beers" in Class 32 and services in Class 35 of the Nice Classification: 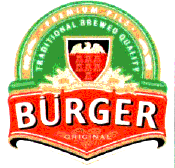 Scandic Distilleries appealed to the General Court, alleging primarily that Article 8(1)(b) of the Community Trademark Regulation (207/2009) had been infringed.

After considering some formal issues, the General Court stated the well-known principles for assessing the likelihood of confusion between two marks, namely that:

Further, the General Court reiterated that the average consumers rarely have the chance to make a direct comparison between the marks and must therefore place their trust in their imperfect recollection of the marks. The General Court also stated that the goods in Class 32 covered by both marks - in particular, "beers" - were identical, and that the relevant territory was the European Union as a whole, as the opposition was based on a CTM.

The General Court then examined the application for BÜRGER (and device), and made it clear that the various figurative elements of the label were not very imaginative and would be perceived as decorative elements. The court further pointed out that the additional words on the label, such as 'Premium Pils', 'Traditional Brewed Quality' and 'Original', were very difficult to read, as they were printed in much smaller size than the element 'Bürger'; furthermore, they were descriptive of the goods in question.

The court thus concluded that the marks, which covered identical goods in Class 32, had a low degree of visual similarity, an average degree of phonetic similarity and some conceptual similarity. Therefore, there was a likelihood of confusion and the decisions of the Board of Appeal and the Opposition Division were correct.

Scandic Distilleries' argument that BÜRGERBRÄU had only a low distinctive character was dismissed by the General Court. The court held that Scandic Distilleries had not submitted sufficient evidence to support this claim and that, even where an earlier mark has a weak distinctive character, there may be a likelihood of confusion, especially if the marks and the goods or services concerned are similar, as in this case.

The application for BÜRGER (and device) was thus rejected as far as beer was concerned, and can at best proceed with respect to the services in Class 35. The only question that remains is why a Romanian company with a Scandinavian-sounding name needs to register the German term 'Bürger' for its brewery products. This point was not the subject of the proceedings, but it might be easier for the applicant to choose a name derived from its own region, which might also help to avoid claims of misleading statements.