Print article
United Kingdom
Legal updates: case law analysis and intelligence
In Samuel Smith Old Brewery v Lee (trading as Cropton Brewery) ([2011] EWHC 1879 (Ch), July 22 2011), the Chancery Division of the High Court of England and Wales has considered Samuel Smith Old Brewery’s claim that Cropton Brewery had infringed its registered stylised white rose device, and committed the tort of passing off, by using labels that incorporated similar stylised white rose devices.
Yorkshire-based Samuel Smith, one of the oldest English breweries still in existence, registered as a trademark a stylised white rose device (depicted below), this being both distinctive of the brewery and an allusion to its strong connection with Yorkshire, the white rose being that county's ancient emblem: 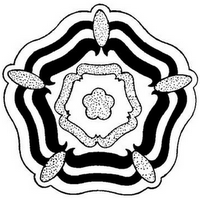 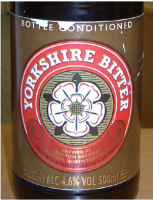 After spotting the Yorkshire Bitter, on December 10 2007 Samuel Smith sent M&S a letter before action alleging trademark infringement and passing off. The letter was not copied to Cropton; nor did M&S even tell Cropton about the complaint at that time. In June 2009 Samuel Smith sued Cropton too, alleging both trademark infringement and passing off in respect of another of its beers, Yorkshire Warrior:

However, it was not until September 2009, after Samuel Smith's solicitors sent Cropton's solicitors some photos of the products it was complaining about, that it was apparent that the claim related both to Yorkshire Warrior and to Yorkshire Bitter. A month later the Ministry of Defence - which was responsible for the IP rights in the 'white rose' cap badge of the Yorkshire Regiment - refused its informal blessing for Cropton's use of a white rose on its Yorkshire Warrior beer, out of respect for Samuel Smith's trademark rights.
That same month Cropton served a defence and counterclaim, alleging that Samuel Smith's letter before action to M&S of December 10 2007 was an unjustified threat of trademark infringement proceedings which was actionable under Section 21 of the Trademarks Act 1994. Samuel Smith admitted the existence of the letter, but denied that it was an actionable threat: since it was not addressed to Cropton, the latter was not a ‘person aggrieved’ under Section 21. Samuel Smith's solicitors then sent M&S a further letter on July 7 2010 summarising the nature of its action against Cropton and unsuccessfully inviting discussion in order to settle the disputes.
The court was required to consider the following:
The court first considered whether there was trademark infringement through likelihood of confusion. After summarising the principles for the assessment of the respective marks and their comparison, it observed that there was an important difference between the comparison of marks for registrationpurposes and the same exercise in the context of infringement: registration requires consideration of notional fair use of the mark applied for, whileinfringement demands consideration of the actual use by the alleged infringer.
So far as the Yorkshire Bitter was concerned, while the identity of the goods and the distinctive character of Samuel Smith's trademark favoured a finding of a likelihood of confusion, the differences between the respective marks, the remainder of the allegedly infringing sign and the identification of Cropton as the producer on the front of the label all militated against it. Moreover, Samuel Smith had been dilatory in pursuing M&S and Cropton, which suggested that it had not considered that there had been a real likelihood of confusion: Yorkshire Bitter had been included in the action only because Samuel Smith had thought it would look odd to pursue Yorkshire Warrior without pursuing Yorkshire Bitter too. The ‘evidence of experience’ - the judge’s own expression - strongly suggested that there was no likelihood of confusion. Therefore, the court concluded that Samuel Smith had not established that there was a likelihood of confusion
As for Yorkshire Warrior, the identity of the goods and the distinctive character of the trademark again favoured a likelihood of confusion: the allegedly infringing white rose device was both closer to the trademark and was more dominant than in the case of the Yorkshire Bitter. Even in the absence of evidence of actual confusion, it was more difficult to state with confidence that there was no likelihood of confusion. Although the majority of consumers would not be confused, there was an overall likelihood that some consumers would be confused into believing either that Yorkshire Warrior was a Samuel Smith product or that it had some other connection with the firm.
The court then considered whether Cropton had acted in accordance with honest practices in industrial or commercial matters. After extensively reviewing the principles to be applied when reaching a conclusion on this issue, the court observed that this was the first time that a British court had to consider the issue of use in accordance with honest practices in industrial or commercial matters under Article 6(1)(b) of the EU Trademarks Directive (2008/95/EC).
As for Yorkshire Bitter, Cropton's use of the white rose element was indeed in accordance with honest practices in industrial and commercial matters. However, regarding Yorkshire Warrior, Cropton's initially honest commercial use of the ‘white rose’ element ceased to be so after October 2009.
Turning to the issue of threats, the court found that Cropton was not a person aggrieved by the December 2007 threats letter since it neither knew of the letter nor suffered any loss in result of it. The second letter was not a threat, but Cropton was a ‘person aggrieved’. As the judge explained at Paragraph 161:
"If, contrary to the conclusion I have just reached, the second letter was a threat, then in my judgment Cropton Brewery is ‘a person aggrieved’ by it. The letter appears to have led to Marks & Spencer making a change to the design of the Yorkshire Bitter label, with consequent cost to Cropton Brewery because it was forced to write off its stock of old labels. It also led to negotiations between Samuel Smith and Marks & Spencer which resulted in the settlement agreement, which prevents Marks & Spencer from selling Yorkshire Bitter under the old label. In these circumstances, I consider that there is evidence that Cropton Brewery has suffered more than minimal damage as a result of the second letter."
Jeremy Phillips, IP consultant to Olswang LLP, London