BEAUTY BAY trademark not infringed by BEAUTY & THE BAY

Beauty Bay Ltd v Benefit Cosmetics Ltd ([2019] EWHC 1150 (Ch) (14 May 2019)) concerned the use of the mark BEAUTY & THE BAY, which the claimants alleged constituted trademark infringement and passing off with regard to their trademark BEAUTY BAY. In finding for the defendant, the judge considered that there was no likelihood of confusion between the marks and that the similarities between them were not sufficient to establish a link between the marks for the purposes of a claim based on unfair advantage.

The claimants, Beauty Bay Limited and Dotcom Retail Limited, are in the online retail business for beauty products under the trademark BEAUTY BAY. As well as selling third-party products, they sell own-brand products under the BEAUTY BAY mark. The defendant, Benefit Cosmetics Ltd, is the UK subsidiary of the San Francisco-based cosmetics brand Benefit. In 2017 the defendant marketed and sold a globe-shaped Christmas gift set in the United Kingdom. On the globe, in a psychedelic style, which the defendant explained was to evoke the 50th anniversary of the Summer of Love and of the Benefit brand, was printed the terms ‘Beauty & the Bay’ in a stylised font, along with illustrations of the San Francisco Bay. 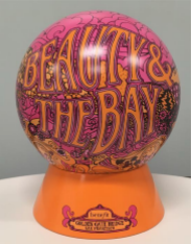 Roger Wyand, sitting as a deputy high court judge, began with the claimants' trademark claim. First he considered the claimants' case in respect of Article 9(2)(b) of the EU Trademark Regulation/Section 10(2)  of the Trademarks Act 1994, by reference to the six conditions for infringement set out by Lord Justice Kitchin (as he then was) in  Comic Enterprises Ltd v Twentieth Century Fox Film Corporation ((2016) EWCA Civ 41).

The conditions at issue were whether there was:

On use, Wyand rejected the defendant's arguments that the use was descriptive and/or purely decorative. He found that the mark was being used to distinguish one Benefit product from another as a sub-brand. He did not consider that the average consumer, who was taken to be a member of the general public purchasing cosmetics either for itself or as a gift, would perceive the use as descriptive based on an understanding of the defendant's San Francisco origins.

On a likelihood of confusion, Wyand rejected the defendant's arguments that as the offending sign was only ever used with the defendant's BENEFIT trademark the average consumer would not perceive it as identifying the origin. In particular, he noted that the presentation of the sign was significantly larger than the BENEFIT mark on the product. Visually he found the sign to be of medium similarity to the claimants' mark and aurally similar to a low degree. Conceptually he found the sign and mark to be of medium similarity, finding that the average consumer would not "indulge in such a grammatical analysis" as the defendant had in respect of the effect of adding ‘& the’ to the sign. Having found identity of goods between the mark and the sign, on a global assessment Wyand found that there was no likelihood of confusion, taking into account all of the relevant circumstances. Having reached this conclusion, he also found that there was no misrepresentation and so the passing-off claim failed as well.

Wyand then considered the claim under Article 9(3) of the EU Trademark Regulation, Section 10(3) of the Trademark Act 1994. While he was satisfied that the claimants' mark had a reputation, he found that the claim failed due to a failure to establish a link between the sign and the trademark owner in the mind of the average consumer. Wyand did not consider that the degree of similarity between the mark and sign were sufficient for the link to arise.

Given the assessment of the similarity of the goods and marks at issue, one might have expected a different assessment of the likelihood of confusion. However, taking into account all of the relevant factors (eg, the circumstances of sale and the price of the product), Wyand reached the opposite conclusion. The decision emphasises the need to consider all of the circumstances of the use of the sign in order to undertake a global appreciation of the alleged infringement. There had been no evidence of actual confusion, but, as Wyand noted, this was neither required nor determinative. He also accepted the claimants' arguments that in the circumstances it was unlikely that actual evidence of confusion would come to light.