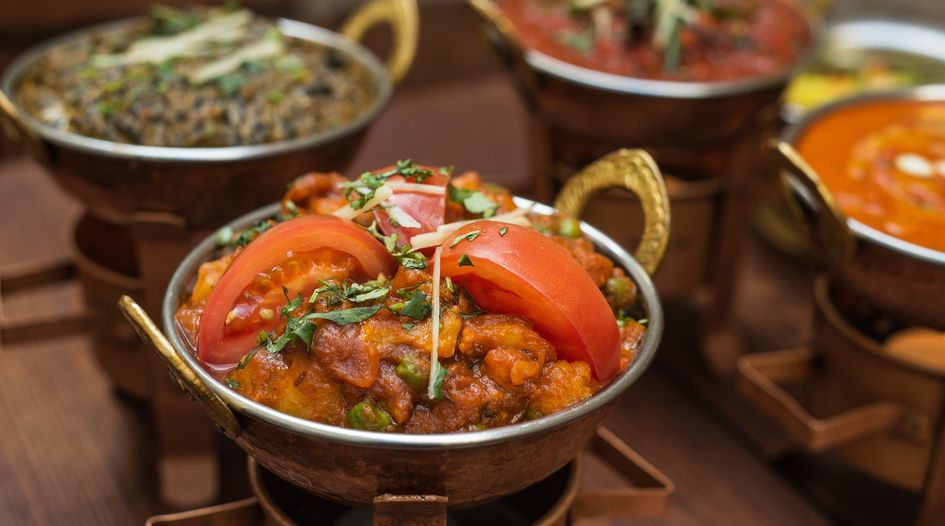 In our latest news digest, we look at the $110 million sale of Sports Illustrated’s IP, the expansion of visual search in TMView, a dispute over a curry-related trademark, and much more. Coverage this time from Trevor Little (TL), Bridget Diakun (BD), Jonathan Walfisz (JW)  and Tim Lince (TJL).

Sports Illustrated trademarks sold for $110 million – Authentic Brands Group (ABG) has finalised  the purchased of renowned sports magazine Sports Illustrated’s IP. The $110 million purchase was from Meredith, which had acquired Sports Illustrated as part of its $2.8 billion purchase of Time Inc in 2018. The purchase relates to the marketing, business development and licensing functions for the Sports Illustrated brand, with the print magazine and SI.com maintaining editorial independence and continuing to operate under the leadership of Meredith. The acquisition adds a new vertical to ABG’s growing platform and portfolio, which currently generates over $9.3 billion in global retail sales annually. Jamie Salter, founder, chairman and CEO of ABG, stated: “We are honored to welcome Sports Illustrated to the ABG family. As one of the most iconic brands in sports media, SI is a cultural centerpiece with massive opportunities for growth across its burgeoning digital, TV and social platforms and industry-leading print magazine. SI’s trusted name and fiercely devoted following set the stage for the brand to become a leader in lifestyle and entertainment.” (JW)

Strengthening IP imperative at Nigeria’s Second Annual Business Series – This month legal and brand experts collected at the Annual Business Series for the second time, covered The Nation. Organised by the firm Duale, Ovia and Alex-Adedipe, the conference’s theme was “Investment in Nigeria’s Telecommunication Media and Technology”. Chaired by Gbenga Haastrup, the chief risk and legal officer for InterSwitch, the panel discussed how a nourished IP sector will boost foreign direct investment, evidenced by Microsoft’s plan to invest around $100 million. (JW)

Are mega-influencers on the out? – A big topic of discussion recently has been the use of influencers to market brands. While 78% of marketing executives have made influencers a key component of building brand image, a new survey by Hypebeast and PwC has found that only 32% of respondents believe that influencers are a credible source for streetwear products. Ranking more favourably were musicians (65%), contemporary artists (45%) and industry insiders (52%). Brand owners who are following the trend are now looking to revamp their marketing strategies. Some are choosing to move away from sponsoring big name influencers with large followings to focus on lesser-known accounts. Seeking out relationships with smaller names, also known as nano-influencers, can be effective as consumers perceive these accounts to be more authentic. (BD)

V.F. Corporation sheds brands to focus on key products – American apparel V.F. Corporation has disposed of two of its brands, Kontoor Brands and Nautica, in order to focus on its more recognisable names. The company has completed the spinoff of its jeans business into Kontoor Brands, which began trading on the New York Stock Exchange on 23 May. As of 30 April V.F. Corp’s Nautica brand had been sold to Authentic Brands Group. A streamlined portfolio gives the company the opportunity to focus more on its Vans, Timberland and The North Face assets. (BD)

Pablo Escobar’s brother used to hold the BITCOIN trademark – The BITCOIN trademark is currently being fought for by Craig Wright, claiming to be the cryptocurrency’s mysterious inventor Satoshi Nakamoto. However, the USPTO has revealed that the mark was originally registered to Roberto Escobar. The Colombian drug lord’s younger brother is also known as a drug magnate by the sobriquet El Osito, or Little Bear. Escobar is the founder of Coin Legal, a UK-registered company established a month before the trademark application was filed in July 2018. When Craig Wright challenged the application in November, Coin Legal abandoned the mark. Now Wright is attempting to acquire it for Cryptocurrency as well as Bitcoin, potentially giving him the rights over more than 2,000 cryptocurrencies. (JW)

YPB continues to attract brands with its anti-counterfeit technologies – WTR reported on YPB earlier this year when it introduced a serialised QR code to address fake goods in China. At the time, Accolade Wines had signed a deal with the company to use this technology on its wine products. YPB has now announced that two major shirt brands produced by Esquel Group will be using its anti-counterfeit thread in its clothing labels, in a deal valued at $21,000. Brands are able to verify the authenticity of a product by scanning the thread. (BD)

China moves closer to Hague – This week, while opening the China (Wuxi) International Design Expo in Jiangsu province, China's National Intellectual Property Administration (CNIPA) director Shen Changyu stated that negotiations are ongoing for the country to join the Hague Agreement. The three-day exposition displays works covering home furnishings, digital devices, building materials and scientific research, with more than 23,400 square metres of exhibition space. As reported by Xinhua, at the opening Changyu noted that joining the system will mean that Chinese companies will enjoy easier access to the protection of industrial designs, helping ensure that Chinese designs and ‘Made in China’ products can “better integrate into the global market”. We have reported extensively on the government’s mission to take more Chinese brands global and the Hague Agreement would certainly prove a useful tool in those endeavours. (TL)

Olaplex accuses Walmart of selling counterfeits – Olaplex, a haircare company, has filed a suit in California’s Central District Court against Walmart, which it alleges has knowingly sold and distributed counterfeit versions of its products. Although Olaplex sells its products through a number of retailers, Walmart is not an authorised distributor, and according to the plaintiff the superstore is selling imitation goods. Olaplex is seeking a permanent injunction, as well as monetary damages and  the name of the supplier which Walmart is using. (BD)

A curry conundrum – In cockney rhyming slang, the term ‘Ruby Murray’ has long been used to refer to curry. The slang term was derived from the name of the popular 1950s singer and now her son has threatened legal action after the term was registered by London businessman Tariq Aziz. The UK registration – for classes 29, 30 and 43 – was entered onto the register earlier this month. Media outlet The Mirror reports that, soon after, Murray’s son hit back, stating that the family’s permission should have been sought: “If anyone should profit from her name, it should be her family first, then her loyal fans.” Spicing up the discussion, is the popular term’s use by curry restaurants not owned by Aziz.  The use, and enforcement, of the mark will likely continue to generate future media headlines. (TL)

The latest Kardashian is already trademark protected – Kim Kardashian and Kanye West’s two-week-old son has already had his name – Psalm – applied for as a trademark. The Kardashian-Wests filed similar applications after their previous three children, North, Saint, and Chicago’s births. PSALM’s application is for use in electronics, skincare products, baby goods, furniture, beverageware, computer software, vitamin supplements, toys, jewellery, cosmetics, stationary, baby gyms, mirrors, nail care, bedding, chopsticks, hair products, and more. For the less cynical out there, the move might have been motivated more out a desire to protect their new-born’s name from opportunistic brands wanting to exploit their children for money. (JW)