The argument that a trademark application has been filed in bad faith is a viable ground of opposition, which is, in theory, widely accepted by the Turkish Patent Institute (TPI). However, a recent case has showed that opponents relying on this ground must provide concrete evidence that the contested mark is an imitation of an earlier mark, and that the owners of the marks at issue are active in the same or similar sectors and may be deemed to be competitors. 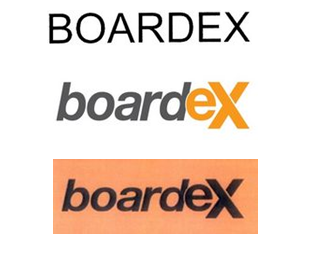 The TPI dismissed the opposition. It is understood that the fact that the opponent had been active in the sector at issue for many years or was known in the market did not, by itself, support the bad-faith claim.

The TPI adopted a different perspective when examining the trademarks at issue (which, arguably, are not similar to each other, contrary to what the opponent claimed). Although the opponent claimed that there was a likelihood of confusion since the trademarks covered goods of the same classes and targeted the same type of customers, the TPI concluded that there was no similarity between the marks. More importantly, it looked at the bad-faith argument from a wider perspective, while applying stricter criteria.

When assessing the bad-faith claim, the TPI examined the trademarks from the following perspective: “with registration, would a trademark arise that would actually harm the competition environment”? It is understood that, in terms of companies acting in the same market, the TPI will not consider all trademarks that are allegedly similar to earlier marks as malicious registrations. The TPI will evaluate such marks primarily from the point of view of whether the mark applied for would harm an earlier registration, or whether the mark applied for would be perceived as a variant of an earlier mark. The fact that the opponent was well known in the market was insufficient to support a bad-faith claim. The TPI also concluded that the applicant did not intend to copy the trademark of the opponent and to benefit unfairly from the reputation of that mark. Therefore, there was no bad faith on the applicant’s part.

The decision in this case suggests that the TPI has developed a rather prudent approach to assessing bad-faith claims. The TPI looked at the bad-faith claim by collating several factors, such as the position of the applicant in the market and whether the applicant sought to take unfair advantage of the earlier registered trademark. It seems that the TPI will ask for solid proof of unfair competition and infringement before deciding in favour of an opponent.