Average visual similarity of figurative marks sufficient to cause confusion

In October 2004 Mustang applied to register the figurative mark shown below as a Community trademark for the class headings of Classes 3, 18 and 25 of the Nice Classification: 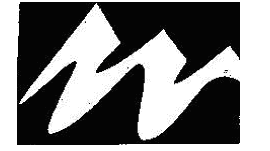 In May 2007 the Opposition Division of OHIM upheld Decathlon’s opposition on the basis that there was a likelihood of confusion in respect of all the goods applied for. Mustang appealed.

The Fourth Board of Appeal rejected the appeal, agreeing that there was a likelihood of confusion between the marks. In arriving at this decision, the board held that:

Mustang appealed to the General Court.

Mustang raised a single plea alleging infringement of Article 8(1)(b). It argued that the opposition should have been dismissed on the grounds that there was no likelihood of confusion. In Mustang’s view, the board had incorrectly applied the principles of assessing the likelihood of confusion concerning the marks: it had wrongly considered that the dominant element in both marks was similar, without sufficiently demonstrating why the other elements were insufficient for the marks to be considered dissimilar. Mustang also argued that the overall impression of the marks was different.

The General Court set out the established principle that the likelihood of confusion must be assessed globally, which requires consideration of all the factors relevant to the case, in addition to case law. It was necessary to consider the extent of the similarity between the goods covered by the marks (which, in this case, was not disputed by Mustang) and the extent of similarity between the marks. The latter required an analysis of the visual, phonetic and conceptual similarities of the marks, bearing in mind any distinctive or dominant components.

As the earlier marks were registered in France and various other EU member states, for the purposes of assessing confusion, the relevant public was deemed to be the general public in France and the other countries.  Moreover, in view of the fact that the goods concerned were in Classes 3, 18 and 25, the General Court agreed with the Board of Appeal’s assessment that the relevant public should be taken to be average consumers in these countries, who are reasonably well informed, reasonably observant and circumspect.

As to the distinctiveness of the earlier marks, the General Court agreed with the Fourth Board of Appeal’s decision in which the figurative earlier marks had no clear conceptual meaning. Bearing in mind that no clear concept was communicated by the mark, the consumer would not have a distinct recollection of the mark or remember it as a particular letter ‘M’ or ‘W’ and, therefore, would not establish a particular reference to the relevant goods. The General Court thus agreed with the board that the earlier marks only had a low level of distinctiveness.

Mustang criticised the board insofar as it had not taken into account Decathlon’s submissions that the prior marks could be read as the letter ‘M’. The General Court dismissed Mustang’s argument and confirmed that the Board of Appeal must base its assessment on its own interpretation of the marks.

The General Court then assessed the visual, phonetic and conceptual similarities between the marks:

In conclusion, even taking into account the below average distinctiveness of the earlier marks, the General Court found the average visual similarity of the figurative signs sufficient to cause confusion among consumers. Consequently, the court held that the Fourth Board of Appeal had rightly concluded that there was a likelihood of confusion on the part of the relevant public, and dismissed Mustang’s appeal.

It is interesting to note that Mustang is the owner of a German trademark registration and an international (Madrid) registration of its figurative mark, and that neither the German mark nor the designations via the Madrid registration (mainly for non-EU countries) were opposed.