Average consumer will understand 'origin' as referring to origin of goods

The case began in February 2013 when Philippines-owned Scottish distillery Whyte & MacKay applied to register the word mark JURA ORIGIN as a UK trademark for "Scotch whisky and Scotch whisky-based liqueurs produced in Scotland in Class 33 of the Nice Classification.

Origin Wine UK Ltd and Dolce Co Invest Inc (which were associated companies) opposed on the ground that, given the similarity of JURA ORIGIN to their two earlier UK registered trademarks and the identity or similarity of their respective goods, there was a likelihood of confusion of the relevant consuming public. The registrations on which Origin Wine and Dolce relied were: 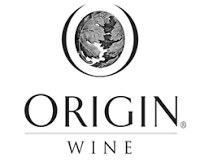 When put to proof, the opponents could show use of their marks only in relation to wine. In the opposition proceedings, the hearing officer held, among other things, that:

However, the hearing officer upheld the opposition, saying:

Arnold J allowed the appeal and said that JURA ORIGIN could proceed to registration. In his view:

While the trademark is still on its way to registration and a possibility of an appeal cannot be eliminated, a swift survey of online whisky reviews suggests that Jura Origin whisky has been on sale for at least the past five years. One wonders whether - if Origin Wine truly believed that there was a likelihood of confusion - that company had contemplated bringing proceedings for trademark infringement or passing off. Without further information, it seems a little strange that this does not seem to have occurred.