Print article
Legal updates: case law analysis and intelligence
In Compagnie Gervais Danone v Slovenian Intellectual Property Office (Case I U 1470/2010, October 11 2011, recently published), the Administrative Court  has found that the Slovenian Intellectual Property Office (SIPO) had correctly rejected an opposition filed by Compagnie Gervais Danone against the registration of the figurative trademark SENSIA by Croatian company Dukat dd for “milk and milk products”.
On July 7 2009 the international trademark SENSIA - which designated, among other countries, Slovenia - was registered (Registration 1011661). The trademark covered "milk and milk products" in Class 29 of the Nice Classification. 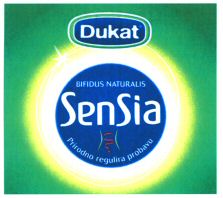 On January 4 2010 Gervais Danone filed an opposition based on several earlier international trademarks. The following were the most relevant:
Gervais Danone argued that:
Gervais Danone contended that the opposed trademark imitated its sign by featuring a stylised woman’s waist with an arrow pointing down. Therefore, despite the presence of additional word elements such as ‘Dukat’ and ‘SenSia’, the opposed trademark was confusingly similar to the earlier trademarks, especially in light of the fact that the average consumer is not particularly attentive when buying food products.
On September 17 2010 SIPO rejected the opposition for all the goods at issue, holding that, although the goods were identical or similar, the trademarks as a whole were not confusingly similar. In particular, SIPO found that consumers, when buying food products, are increasingly attentive as to the origin and quality of the products.
SIPO further held that Gervais Danone had failed to prove that it owned copyright in the sign in question, and explained that it was not necessary to examine whether the sign was an unregistered well-known mark belonging to Gervais Danone, because the parties’ marks were not similar in the first place.
Gervais Danone filed an administrative action with the Administrative Court. Before the court, Gervais Danone elaborated on the arguments set forth during the opposition. Moreover, it emphasised that the additional elements in the opposed trademark could not prevent confusion with the earlier marks, because the stylised woman’s waist, which obviously imitated Gervais Danone’s earlier marks, had an independent distinctive character within the opposed trademark. In support of its arguments, Gervais Danone cited the decision of the Court of Justice of the European Union in THOMSON LIFE (Case C-120/04).
The Administrative Court rejected the action and upheld SIPO’s decision. The court first stated that the dominant element of the opposed trademark was the word element ‘SenSia’ due to the fact that:
The court went on to explain that the figurative element in the opposed trademark did not have an independent distinctive character and, therefore, the THOMSON LIFE decision did not apply in this case.
Perhaps the most important aspect of this case is that the court explicitly upheld SIPO's finding that consumers are more attentive when buying food products than in the past, because they are increasingly aware of the importance of nutrition for their health and of the possibility that food might contain additives. Consequently, consumers of food products are more attentive as to the source, the ingredients and the quality of the products.
Gregor Macek, ITEM doo, Ljubljana