In Austria, trademarks are governed by the Trademark Protection Act (BGBl 260/1970), which implements the EU Trademarks Directive (89/104/EEC).

In Austria, trademarks are governed by the Trademark Protection Act (BGBl 260/1970), which implements the EU Trademarks Directive (89/104/EEC).

Austria has acceded to several international treaties, including:

Since Austria has implemented the Madrid Protocol on the International Registration of Marks, trademarks based on international registrations are also enforceable in Austria.

Further, Section 9 of the Unfair Competition Act provides for the protection of unregistered company names and trade names, including trade dress, as long as they have been used in commerce and the trade dress is well known to the public.

The names of natural or legal persons are protected by the Civil Code. Improper use of names may also entitle claims for invalidation and/or compensation for damages.

The Austrian Patent Office recognises the ownership or registration of trademarks by any natural or legal person. However, applicants without a domicile, seat or commercial establishment in Austria must appoint an Austrian attorney, patent attorney or notary. Notarisation of the power of attorney is not required.

The definition of ‘trademark’ in Section 1 of the Trademark Protection Act covers any sign which can be represented graphically (eg, words, numbers and three-dimensional (3D) shapes). Sound sequences can be registered as trademarks; however, fragrances may not be registered in Austria at present.

In order to be registered as a trademark, a graphically represented sign must be capable of distinguishing the goods and services of one enterprise from those of other enterprises by either inherent or acquired distinctiveness.

The Austrian Patent Office examines the trademark application with regard to formality requirements and for any absolute or relative grounds for refusal.

Registration will be refused if absolute grounds for refusal exist; however, relative grounds of refusal such as descriptiveness and genericness can be overcome under certain conditions.

The absolute grounds for refusal apply to:

After registration, the trademark is published in the journal Österreichischer Markenanzeiger.

In 2010 the Trademark Act was amended to implement an opposition procedure. The owner of an earlier trademark (registered or filed) can challenge a later conflicting trademark registration up to three months after its publication in the Österreichischer Markenanzeiger. Prior registration of a trademark or application thereof (provided that the trademark will be registered) constitutes grounds for opposition.

Trademark infringements are subject to both civil and criminal penalties.

As stated in Sections 10 and 51 and following of the Trademark Protection Act, the grounds for legal action based on trademark infringement are the use of:

The registered rights holder or licensee (depending on contractual rights) can take the following measures against infringers.

Compensation: If the infringement is not the result of negligence on the part of the infringer, the rights holder or licensee can claim only adequate remuneration. However, if the infringer has acted negligently or intentionally, a claim for damages (based on lost profits) or delivery of the unfair profits of the infringer is justified. Compensation is calculated using a reasonable royalty rate, usually equivalent to the payment of a hypothetical licence fee.

A claim for damages must prove actual damage and establish a causal link between the infringement and the damage incurred. In addition, the burden of proof regarding negligence on the part of the infringer rests on the claimant.

Requirement to submit evidence: The rights holder may require the infringer to submit evidence or render accounts, independent of any negligence. The results thereof form the basis for assessing adequate remuneration. A claim for evidence is procedurally separate from the claim for compensation.

Section 56 of the Trademark Protection Act specifically provides for preliminary injunctions. In most cases, an applicant for a preliminary injunction need only prove its right as a rights holder or licensee, the trademark infringement and the remedy sought – although in some cases it may be necessary to prove continuous and effective use of the trademark. There is no requirement of urgency. Ex parte decisions in summary proceedings are possible, but rare. Usually, the defendant submits evidence before summary proceedings are finalised.

A dispute may be substantially decided in provisional proceedings, provided that no further facts are put forward in the main proceeding which would lead to a different legal assessment. However, an applicant for a preliminary injunction which is refused must bear the defendant’s costs for the preliminary proceedings, irrespective of the final outcome of the trial. Further, if the claim against the alleged infringer fails, the claimant must compensate the defendant for damages incurred due to the granting of a preliminary injunction.

Injunctions are enforceable immediately. The court granting the injunctive relief may suspend enforceability or make enforcement dependent on a bail.

Once all the evidence is gathered, the trial at first instance is complete. No further evidence can be presented to the court.

The court will then take time for deliberations and hand down a written decision.

A division of the costs may be made if a party is only partially successful.

In principal, appeals against substantive decisions have a suspensive effect. This means that a judgment under appeal is not binding on the parties and thus enforcement is not yet possible. One exception is in cases where the higher regional court decides that the preconditions for a second-instance appeal have not been met and the party applies for an extraordinary appeal.

Appeals against both first and second-instance decisions must be filed within four weeks of notification of the contested judgment.

Appeal against first-instance decision: In order to be admissible, the appeal must be based on the following grounds:

The facts which were already submitted by the end of the first-instance trial form the basis for the appeal court decision. Therefore, no new evidence or facts may be presented in appeal proceedings.

The appeal court may confirm or amend the contested decision. Under certain circumstances, the court may send the case back to the first-instance court.

The possibility of appeal to the Supreme Court is contingent on the value of the case and its significance for legal development, certainty and uniformity.

The Supreme Court’s decision is based solely on the written statements of the parties.

Enforcement: Rules for the enforcement of judgments are found in the Enforcement Code. The losing party faces penalties for non-compliance with the decision. Each illegal act may result in a fine of up to €100,000. If the infringement continues, the winning party can ask the court to impose a sentence of up to one year’s imprisonment on the offending party.

Under the Trademark Protection Act, the intentional infringement of trademark rights and unregistered trade names is punishable by a fine; further, if the offence is committed on a commercial basis, an additional penalty of up to two years’ imprisonment may be imposed. In practice, convicted infringers are likely to be subject to an unconditional fine.

This offence is subject to private prosecution, which may be initiated only by the person or business damaged by the infringement – not the public prosecutor. According to the Trademark Protection Act, the Vienna Criminal Court has exclusive jurisdiction for criminal law remedies based on trademark infringement.

Both individuals and legal entities may be the subject of criminal procedures for infringement; however, employees or other authorised persons who carry out the trademark infringement based on their employers’ orders are not subject to criminal charges.

There is no requirement to register a licence. Depending on the licence agreement, the licensee may itself start infringement proceedings even without the consent of the licensor.

A trademark which is a sufficiently original creative work can be protected simultaneously by copyright law, where it meets the standards of originality according to copyright law.

The country code top-level domains ‘.at’, ‘co.at’ and ‘.or.at’ are governed by nic.at GmbH, which manages the issue and administration of Austria’s top-level domains. When registering a domain name, the applicant must ensure that it does not infringe third-party rights (eg, naming rights, trademark rights and unfair competition law). As applications are rejected only if they obviously infringe third-party rights, disputes must be resolved amicably or – if this is not possible – in court. Legal disputes regarding a domain may be registered at nic.at GmbH, and ‘wait status’ may be requested for a domain in order to prevent transfer. 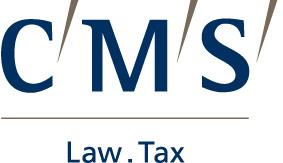 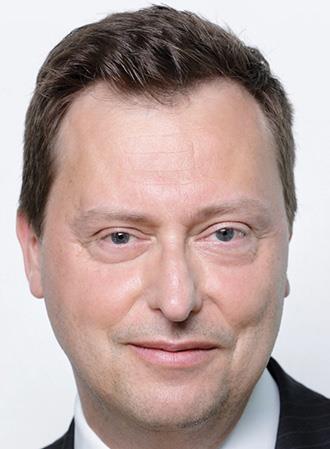 Egon Engin-Deniz is a partner at CMS Reich-Rohrwig Hainz, head of the IP and media team and head of the PAM European CMS Group. He has extensive expertise in contentious and non-contentious trademark, patent and copyright (including conditional access) law, as well as distribution and unfair competition matters. He advises leading international and Austrian clients across a wide range of sectors, including media, sports, pharmaceuticals, medical devices, biotechnology, IT and consumer products.