Securing branding for pharmaceuticals in Australia is a two-tiered process in a highly regulated market. New trademarks must go through both the IP Australia registration process and the Therapeutic Goods Administration approval process for regulatory clearance as part of the broader category of ‘therapeutic goods’.

Securing branding for pharmaceuticals in Australia is a two-tiered process in a highly regulated market. New trademarks must go through both the IP Australia registration process and the Therapeutic Goods Administration (TGA) approval process for regulatory clearance as part of the broader category of ‘therapeutic goods’. In addition, a critical distinction exists in the market between prescription medicines and over-the-counter (OTC) medicines; each has its own distinct subset of issues for establishing and protecting brands.

Like other mature markets, Australia suffers from a crowded register in the pharmaceutical space, with many registrations in Class 5. The legislative regime facilitated by IP Australia still provides for full examination for both inherent and relative registrability, thereby preventing the registration of trademarks which:

For pharmaceutical companies establishing new brands and products, obtaining clearance for a mark that is not conflicting, deceptive or confusing can be difficult. Comprehensive searches and clearances are needed before a product name is settled on for the Australian market.

IP Australia may also reject trademarks or parts of trademarks which are registered in relation to pharmaceuticals or veterinary substances:

Brand owners should plan their product expansion in Australia carefully. Trademarks for prescription medicines, which cannot be advertised to the general public, can be easier to register because the courts consider the risk of confusion among pharmacists to be lower than that among the purchasing public. However, many pharmaceutical brands have evolved from their prescription-only origin into OTC products, and further still into lifestyle goods and services. A forward-thinking strategy for clearance and selection is often needed. A mark which is distinctive and not confusing in the prescription space may be vulnerable once the product enters the OTC market, where the risk of consumer confusion is more acute.

For example, GlaxoSmithKline’s ZOVIRAX trademark was initially used on an antiviral prescription medication. The brand was later used on an OTC antiviral cream and has recently expanded to be used on a cold sore awareness website and a patch product. ZOVIRAX is a strong and distinctive trademark which makes those expansions achievable.

Potential marks which have not been vetted with future business expansion in mind can face difficulties from established brands as they grow into new and related classes of goods and/or services.

As pharmaceutical companies seek ways to manage longevity in a competitive market, there has been rapid growth in the filing of trademarks – for example, overall packaging design or get-up, container shapes and colour combinations. There have not yet been any applications for sounds or smells. There are 60 registered shape marks in Class 5 and a further 17 pending.

The TGA regulates all medicines, even those with homeopathic ingredients. At present, any new medicine name must be presented for approval before a medicine can be listed for sale. In practice, the TGA looks at a product’s name only to ensure consumer safety. However, the TGA has released a draft order which seeks to further regulate pharmaceutical packaging in Australia, particularly in relation to minimum font sizes, the prominence of active ingredients, the designated space for dispensing labels and the use of the medicine information panel.

If the draft order is adopted, many brand owners may face greater difficulties in differentiating their products from those of competitors, particularly generic medicines. This may introduce a new hurdle for the selection and clearance of packaging designs and product get-up.

Key proposals in the new draft order include the following:

The consultation period concluded on October 7 2014 and results were presented to the government in late 2014. A transition period of three to four years for compliance with the new standards is contemplated; however, the TGA notes that this period will be determined following the consultation process.

Any pharmaceutical which is registered with the TGA can theoretically be parallel imported. The products most at risk are those which fall within the fast-moving consumer goods space, such as toothpastes, medical devices, bandages and so forth. Australia follows the known principle of worldwide exhaustion.

Australian trademark law focuses on the concept of a trademark being a badge of origin rather than a badge of control and provides a defence for selling genuine goods.

However, recent case law in Australia restated the limits of this defence. Importers of grey-market goods will be liable where goods are imported if the brand owner has consented for a trademark to be applied only in expressly specific territories. Pharmaceutical companies concerned about the import of grey-market goods should ensure that consents and licences expressly specify relevant territories to prevent parallel imports into Australia. This can be a particular challenge when products are manufactured in one location for supply to several countries.

The customs recordal procedure enables the Australian Customs and Border Protection Service to seize products which are suspected to be counterfeit. The customs notice enforcement system applies to commercial quantities of goods. Overall, the process is relatively inexpensive and a useful enforcement tool.

The process is as follows:

Goods are automatically forfeited to the government unless the importer files a claim for release with Customs.

Australia is a highly regulated advertising market with strong consumer protection, particularly for pharmaceutical products. There are two principal sources of advertising regulation:

The TGA broadly classifies pharmaceuticals into three categories of regulation:

Prescription medicines cannot be advertised to the general public in Australia, although the Therapeutic Goods Act and the Medicines Australia Code of Conduct allows brands to advertise to healthcare professionals. Prior approval is required for certain types of ad and generic information advertised directly to consumers in broadcast media, print media, outdoor advertising or cinema advertising.

In general, compliance with consumer legislation, therapeutic goods regulation and industry codes requires that advertisements not:

The Australian regulatory system has a complaints procedure, which differs depending on the particular product that is involved and how it was advertised.

There is significant crossover with Australia’s consumer protection laws. The general prohibition against misleading and deceptive conduct requires constant diligence for many brands operating in the jurisdiction. For example, the Australian Competition and Consumer Commission, which enforces Australian consumer regulations, has indicated that it is taking a particular regulatory focus on ‘credence claims’.

Of particular concern to pharmaceutical companies is the increase in the use of the Internet to advertise and sell pharmaceuticals. For example, US websites may not comply with Australian regulations. The use of social media is very common for OTC products. Pharmaceutical companies must regulate their social media accounts in case users post information such as product claims or recommendations which contravene any of the industry codes. In 2011 an action was brought against Allergy Pathway, which was found to be liable for misleading and deceptive third-party testimonials written by clients and posted on its Facebook wall. In that case, the Federal Court held Allergy Pathway to be the ‘publisher’ (in breach of an earlier proffered undertaking), because it knew of the specific posts and did not remove them.

Fortified food branding and trademarks are also subject to regulation. A trademark can amount to a nutritional or health claim if it contains a word which describes an ingredient or effect, such as ‘calci’ where there is no calcium or less than a prescribed amount in the product.

The Food Standards Code also sets out pre-approved food health relationships, and although there is provision for limited self-substantiation, generally health claims can be made only if they are in relation to those pre-approved guidelines.

Generic medicines are widely used in Australia. Approximately 40% of the prescriptions filled on the government’s subsidised Pharmaceutical Benefits Scheme (PBS) are for generic medicines.

For registration with the TGA, a generic medicine must, in comparison to the originator product:

The promotion by the PBS of generics causes numerous issues for brand owners, as generic companies often adopt trademarks and get-up which are similar to those of originator pharmaceuticals. The changes to the packaging requirements discussed above appear to promote this practice to make generic medicines more easily accepted.

Generally, online pharmacies may sell only OTC products. Prescription medications are sold only through traditional pharmacies which are regulated at both the state and federal level.

As outlined above, prescription medications cannot be advertised. While there is a requirement that advertisements for drugs that may be advertised be approved in relation to specified media (including radio and television), the position in relation to online advertising is unclear. The main issues relate to spill-over from other countries and social media. 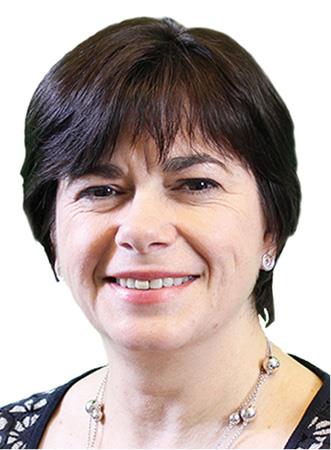 Frances Drummond has more than 25 years’ experience of practising IP law in Europe, Asia and Australia. She manages trademark portfolios for leading global and local brands and is particularly interested in the pharmaceutical industry.

Ms Drummond is admitted to practise in Australia, Hong Kong and the United Kingdom, and is a UK registered trademark attorney. She is a member of industry bodies including the UK Institute of Trademark Attorneys, the Pharmaceutical Trademarks Group and the International Trademark Association. 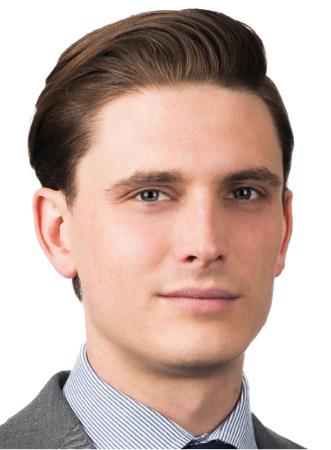 Luke Hawthorne is an IP lawyer based in Sydney. He specialises in contentious IP disputes concerning copyright, trademarks, designs and patents. His industry experience includes work in the technology, pharmaceuticals, energy and media and entertainment industries.

Mr Hawthorne has assisted in a diverse range of advisory and transactional work for the creation, ownership, registration, transfer, licensing and strategic protection of brands and intellectual property.

His ability to meet “the challenges of working on a complex, protracted case” has been recognised by Australian Lawyers Weekly naming him a finalist for the ‘Young Gun’ of 2014 in the Australian Law Awards.