The special IP law chamber of the Athens Multi-Member Court of First Instance has issued its decision in a case involving the famous 'Vara' buckle device, an internationally renowned symbol that has been closely associated with shoe designer Salvatore Ferragamo for more than 30 years. 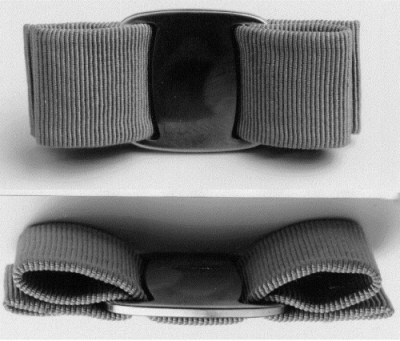 The device in question featured for the first time on the (now) classic Ferragamo 'Vara' pump, which was launched in the late 1970s and has since sold over a million pairs worldwide, including in Greece. It consists of a metal plaque and a specially designed ribbon bow, and is protected through a series of national, international and Community trademarks in the name of Salvatore Ferragamo SpA - a characteristic example being the three-dimensional (3D) Community trademark No 000101931, covering goods in Classes 14, 18 and 25 of the Nice Classification.

The dispute at hand involved a number of shoe models adorned with a device identical to the trademark-protected 'Vara' buckle, which were available in a well-known, Athens-based retail shoe store. The design and overall presentation of some of the shoes that bore the device constituted an imitation of the corresponding Salvatore Ferragamo shoe models. In view of this, it was claimed that use of the aforementioned 3D trademark, which had become a strong distinguishing feature of the quality items originating from Salvatore Ferragamo SpA, resulted in the creation of a misleading impression and, ultimately, in consumer confusion as to the origin of the shoes in question. Bearing in mind the above, it was also argued that the defendant’s actions resulted in the attraction of clientele in a manner that was contrary to fair trade practices and, therefore, the defendant had enjoyed gains deriving from the unfair exploitation of the fame, repute and distinctive character of the Salvatore Ferragamo 'Vara' buckle.

In his defence, the defendant asserted, among other things, that he was not using the device at issue in ‘the manner of a mark’, and that the trademark in question lacked distinctive character.

In Decision No 1781/2014, the court held that there had been infringement of the trademark with regard to both its manifestations - that is, as a registered Community trademark and as a distinguishing feature of Salvatore Ferragamo SpA's goods. Moreover, even though the court rejected the claim that there was a risk of consumer confusion, it nonetheless stated expressly that the Salvatore Ferragamo 'Vara' buckle had become a famous trademark in Greece. Therefore, on the basis of the device’s special status, the court held that the defendant had engaged in infringing acts which had resulted in unfair gains deriving from the fame, repute and distinctive character of the trademark, irrespective of the fact that there had been no consumer confusion in this instance.

The decision comes at a time when the Greek authorities have made the combat against counterfeiting and piracy, particularly - though not exclusively - in relation to fashion goods, a top priority. With various voices alleging that the widespread use of highly popular designs and device features means that they should no longer enjoy special protection and that their distinctive character has ultimately been compromised, it is imperative that trademark owners remain vigilant and take all appropriate action to safeguard their valuable, and often highly symbolic, rights.