Are snack bars related to energy drink powders and bicycles?

In Trek Bicycle Corporation v Natural Balance Foods Limited, Trek Bicycle opposed an application to register the mark TREK and design (shown below) for nut, grain and dried fruit-based snack bars, alleging a likelihood of confusion with the registered marks TREK for bicycles, bicycle parts and accessories, retail store services, and various other goods, including powders for making energy drinks, TREK STOP for vending machine services in the field of bicycle parts and energy bars, and TREK BICYCLE STORE for retail store services. 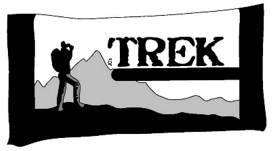 The TTAB found that the opposer's mark TREK had received significant public exposure in connection with bicycles and bicycle accessories, but that it was not famous or commercially strong for food or beverages. 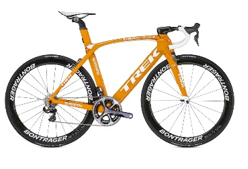 As to the conceptual strength of the marks, the applicant argued that TREK is weak, since it is a term used in the snack food industry in combination with the term ‘mix’ "for a type of snack food that consists of a combination of nuts, fruits, seeds, chocolate chips and the like, known as ‘TREK MIX’".

The TTAB stated that:

The evidence supports applicant's contention that ‘trek mix’ has a meaning in the snack food industry as denoting a sweet and/or salty high-energy mixture of seeds, nuts, dried fruits, chocolate and the like. We agree that the term ‘trek’ may therefore have some meaning in relation to snack foods that decreases its conceptual strength as a trademark for snack foods. However, the fact that ‘trek mix’ may impart a particular meaning to a snack bar (such as that it is a trail mix or trek mix-based product), this purported meaning does not carry over to TREK bicycles, online retail store services, or powders for making energy drinks. Further, […] the word ‘trek’ has another meaning connected with hiking and outdoor activity: “to make one’s way arduously”. Conceptually, the duality of these meanings points to TREK as being suggestive in connection with snack bars, energy drinks, and retail bicycle services.

The TTAB concluded that the opposer's TREK marks may not be considered strong for any goods other than bicycles, bicycle parts and retail stores featuring bicycles. It accorded the TREK mark "the scope of protection to which suggestive marks are entitled, keeping in mind the mark’s wider scope of protection in the bicycle industry".

Given the dominance of the word ‘trek’ in the applied-for mark, the TTAB found it to be similar in appearance, sound, connotation and commercial impression to the opposer's TREK and TREK STOP marks, and thus the first du Pont factor "strongly fav[oured]" a finding of likelihood of confusion.

Nonetheless, the evidence and testimony showed an overlap of trade channels and classes of consumers under buying conditions that "strongly favo[ured] a finding of likelihood of confusion".The opposer's registrations for “online retail and wholesale store services featuring a wide range of consumer products except footwear all provided via the Internet”, “retail stores featuring bicycles” and “powders used in the preparation of sports drinks and energy drinks” “have probative value to the extent that they serve to suggest that a bicycle retail store may sell a wide variety of consumer products over the Internet, sell powdered drinks both online and at retail stores, and distribute snack bars via vending machines”. In addition, the opposer established that it is common for bike shops to sell snack bars and that snack bars are a significant food source for cyclists.

Although we agree with [the a]pplicant that common sales by mass retailers are generally insufficient to show relatedness, here there are common trade channels in a niche market (snack food sold in bike shops) and the common sales are directed to a discrete class of purchasers (cycling enthusiasts). We thus find Opposer's limited activities, coupled with its dominance in the bicycle industry, sufficient to make confusion likely, at the least as to a perception of sponsorship or affiliation between the parties were both to use similar marks for their respective goods.

The TTAB found confusion likely and so it sustained the opposition. In its conclusion, the TTAB noted that:

[I]f consumers already familiar with Opposer’s TREK powder mix for sports and energy drinks, Opposer’s  TREK retail store services and Opposer’s  well-known TREK mark for bicycles were to encounter [the a]pplicant’s snack bars sold under its TREK and design mark in one of Opposer’s  or a third-party’s bike store, they would likely consider a]pplicant’s goods to be produced, sponsored or affiliated with Opposer.