Apple's marks and logo held to have enhanced distinctiveness 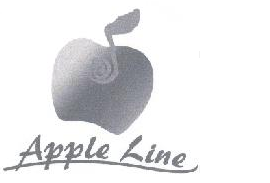 The registrations covered "cards, envelopes, letters, greeting cards, birthday cards, bookmarkers, notepapers, index cards, class schedules, certificates, loose leaves, data cards, message cards, curriculum vitae, indexes, books, workbooks, note books, calendars, posters" and "tapes, glues, book covers, ticket holders, book holders, file folders, document folders, binders, punchers, paper clips, stationery folders, folders, correction pens, information folders, portfolio, notes folders, information packs, labels, stationery packs", respectively, in Class 16 of the Nice Classification.
On November 28 2008 US company Apple Inc filed oppositions against the registrations based on the following earlier marks:
The TIPO found that the word 'apple' is the name of a common fruit and that the ideas behind the parties' marks were different. Therefore, there was no likelihood of confusion among the public, and the oppositions were dismissed.
Apple filed administrative appeals with the Ministry of Economic Affairs. The ministry dismissed the appeals and upheld the TIPO's decisions based on the same grounds. Apple then filed administrative actions before the Intellectual Property Court.
On August 26 2010 the court annulled the decisions of the TIPO and the ministry with regard to Registration 1326263 and requested that the TIPO re-examine the case based on the following findings:
On September 9 2010 the court issued another judgment in favour of Apple and annulled the decisions of the TIPO and the ministry with regard to Registration 1326262. The court also requested that the TIPO cancel the registration based on the same grounds as those set forth in the previous decision. In this case, the court found that the APPLE marks were well known for a variety of products and services, and that some of the goods covered by the parties' marks overlapped. Therefore, the co-existence of the marks on the market would cause confusion among consumers.
Shanbao may still appeal to the Supreme Administrative Court.
Joseph S Yang, Lee and Li Attorneys at Law, Taipei