In Apple Inc ([2015] ATMO 74, August 17 2015), a hearing officer (being a delegate of the registrar of trademarks) has refused to extend the protection of Apple’s international trademark registration for the shape of its iPhone 4 smartphone. 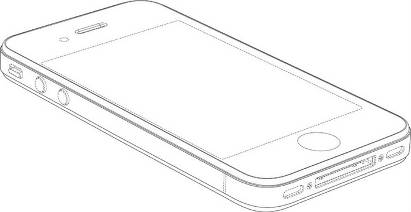 Specifically, and crucially in terms of the ultimate decision, the mark was described by Apple as:

“the configuration of a rectangular handheld mobile digital electronic device with rounded corners that contains a speaker slit at the top of the device and a circular home button in the middle at the bottom of the device with a concave aspect to it.”

Importantly, Apple had not applied to register all elements of the shape of its iPhone.

The issue for the hearing officer was whether the elements (as applied for) rendered the shape “inherently adapted” to distinguish a smartphone. In the context of shape marks, the hearing officer noted that the relevant test was explained by the Federal Court in Chocolaterie Guylian NV v Registrar of Trademarks ([2009] FCA 891). In that case, the court stated:

"The ultimate question on the issue of inherent adaptation is whether... [the] shape possesses any ordinary significations and, if it does, whether or not other traders might think of the shape and want to use it for those ordinary significations... In cases where a shape depicts a known object or concept (cf wholly concocted or ambiguous shapes), and is therefore likely to signify the same to most if not all consumers, then a subsidiary question is whether the shape is nevertheless sufficiently distinctive or unique..."

Citing Sebel Furniture v Acoustic & Felts ([2009] FCA 6), the hearing officer noted that a shape which is dictated by the nature of the goods, or by the need to achieve some particular technical result or functional outcome, cannot operate as a trademark.

Apple argued that its trademark was inherently adapted because of three distinguishing features, namely:

The hearing officer rejected the first two of these features as possessing the requisite degree of adaptation. Quite the opposite, he considered them to be “entirely predictable”. The third feature was considered to offer “limited” inherent adaptation, but not sufficient of itself.

Lacking the necessary quality of inherent adaptation, Apple argued that the evidence of its very significant use of the mark (and its intended use) established that the mark nonetheless does in fact distinguish it in the mind of consumers.

It was acknowledged as “axiomatic” that Apple and its products are very well known in Australia, but the hearing officer was careful to point out that:

“... the trademark comprises neither the screen itself, nor the buttons on the side, nor the in-built camera and ports at the bottom of the device. The trademark is... an oblong with rounded corners, a speaker slit at the top and a concave circle at the bottom. The issue is whether these elements used in conjunction do operate or can operate as a trademark.” [author’s emphasis]

Relevantly, despite the extensive evidence of use submitted by Apple, two factors substantially diluted Apple’s argument:

Furthermore, the hearing officer was dismissive of Apple’s survey evidence, in particular because the survey involved supplying a picture to participants and asking: “Now looking at the picture above. Do you know what this is?”

Although the hearing officer considered it likely that a majority of Australians would recognise Apple’s iPhone 4 with all of its elements in combination, he rejected Apple’s application for those specific elements of shape as described above, concluding that:

“I am not satisfied that, stripped of most of the aesthetic elements that would likely render [Apple’s] mobile device shape memorable as a whole, [Apple] has demonstrated the trademark does or will distinguish the goods.”