The Valencia Court of Appeal has recently upheld a judgment of the Trial Court No 8 of Valencia sentencing the managing director of a company for committing a crime against intellectual property (trademark infringement), as set out in Article 274 of the Spanish Criminal Code, and also sentencing the company itself for the damage caused.

The case began on March 13 2009, when the Customs Office of the Port of Valencia seized, among other products, 900 belts bearing the sign BCCSS HOGO BCCSS, in a clear attempt to imitate the well-known trademark BOSS HUGO BOSS. 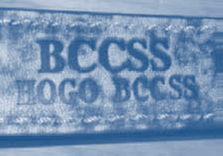 As a result of this seizure, Hugo Boss filed a criminal complaint against the importers of the goods. Even though the Spanish Criminal Code, in Article 274, outlines the objective requirements for a crime of trademark infringement (ie, not only the exact reproduction of a registered trademark without its holder’s consent, but also the imitation, modification or misappropriation of a mark in a way that may lead to confusion with the registered trademark), in practice, the criminal courts often deem that infringements such as these should be solved by the civil courts.

In the present case, however, the Trial Court No 8 of Valencia sentenced the importer of the belts for committing a crime against intellectual property under the abovementioned article of the Criminal Code, taking into consideration the arguments set forth by the Scientific Police in its report concerning the seized products. This report considered that both the alphanumeric characters and the similar morphology of the words used on the belts seized by Customs imitated and were reminiscent of the BOSS HUGO BOSS mark.

The defendant filed an appeal against the judgment. However, the Valencia Court of Appeal fully endorsed the first instance judgment, confirming the following penalties:

This judgment of the Valencia Court of Appeal is very positive for two reasons: firstly, because it clearly establishes that the imitation of a distinctive sign in such a way that it may be associated or confused with the well-known registered trademark of a third party (in this case Hugo Boss) constitutes trademark infringement and, as such, is a criminal offence; secondly, because the decision was issued in Valencia, a hotspot for the entry of counterfeit products into the Spanish market by sea.