All in the name: 101 ways to avoid having a weak mark 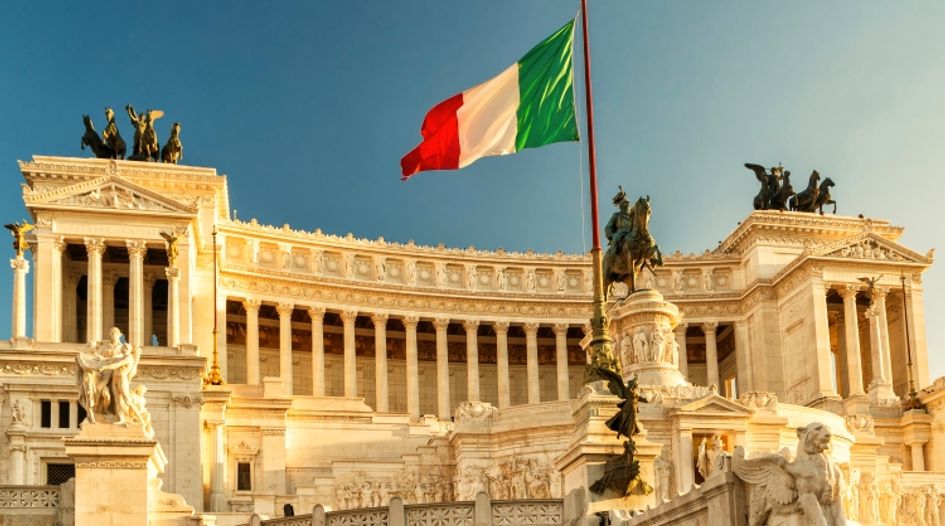 Until recently, Italian banks traditionally had highly descriptive names but fell victim to the inherent weakness of those names as trademarks. Banks are now seeking more distinctive names to improve their image and strengthen their brand.

In terms of turnover, Italy’s top banks are Intesa SanPaolo, Unicredit, Monte Dei Paschi di Siena, Mediobanca and Banca Popolare di Milano. A name or trademark expert with only minimal knowledge of the Italian language will understand that all of these are banks and that almost all have strongly expressive names.

The most unusual brand name is perhaps Monte Dei Paschi di Siena, which evokes the ancient medieval tradition of the city of Siena, but also contains the concept of ‘monte’, a word which could be expressed in English as ‘pawnshop’. The most creative brands are Unicredit and Intesa SanPaolo. Both of these brands are the result of the practice of banking concentration, which has characterised many banking institutions in Italy and Europe since the 1990s.

Intesa SanPaolo is the name that resulted from the merger between Banca Intesa (which was in turn the result of a collaboration between various banks) and the SanPaolo Bank of Turin (a name of clear religious origin). Of the two banks that made it through the merger, the name ‘intesa’ (Italian for ‘understanding’) and the religious term ‘San Paolo’ have survived.

Unicredit has a similar genesis. The bank was born mainly from the mergers of the groups Credito Italiano and Unicredito. Its allusion to ‘union’ (ie, ‘uni’) and ‘credit’ offer a strong reference to the association of several banks.

The typical traditional expressiveness of the names of Italian banks remains intact in Mediobanca (in English, ‘the Bank for Mid-term Credit’) and Banca Popolare di Milano (in English, ‘the Popular Bank of Milan’).

Until a few decades ago, the names of Italian banks were not as distinctive as might be expected in today’s market. The banking institutions whose names were seen on Italian streets and squares were Banco di Sicilia (the Bank of Sicily), Banco di Napoli (the Bank of Naples), Banco di Roma (the Bank of Rome), Banco di Sardegna (the Bank of Sardinia) and Cassa di Risparmio delle Provincie Lombarde (the Saving Bank of the Province of Lombardy). The phenomenon of descriptive names is certainly not only an Italian one; in France, Spain and Germany, names of banks have shared these same features. A number of banks were called ‘nazionali’ (in English, ‘national’), including Banca Nazionale del Lavoro (the National Bank of Labour). The congenital weakness in the names of these financial institutions was so clear that the names of banks were often used as examples of weak or naturally weak marks.

In a 20th-century market, with a banking system designed on the basis of strict separation between investment banks and ordinary banks, and within a framework of banks which were strictly in the hands of public control, the presence of fully descriptive names for banks and companies owned by banks was not a problem. However, with the approval of the Bank Reform Bill in 1993 – which led to the opening of the market and which played no small part in the mergers and privatisation of many banks in the 1990s – a system based solely and exclusively on the geographical associations of names ran the risk of becoming unsustainable.

The transition to more distinctive names was therefore to be expected and has now largely taken place. Fineco, Mediolanum, Unipol Banca, CheBanca! are just some of the names of the new banks created as a result of the opportunities uncovered by the new law. Traditional banks started to use acronyms or invented new names for their larger groups after 1993.

The examination of jurisprudence on banking names in recent years offers very little information; a sign that the market, which still has a limited number of players, is quite stable. Not only are there no major cases in which bank names play a key role, but there are also no cases of conflict between the names of bank services.

Nevertheless, there have been three cases which have been particularly interesting:

Another 2016 UIBM case, Aquila v Banco dell’Aquila (1087/2013), dealt with a bank’s promotion committee in the city of L’Aquila which was establishing a new bank and applied for the trademark BANCA DELL’AQUILA. Swiss company AQUILA & Co AG opposed the application on the basis of various trademarks in Class 36, including its trademark AQUILA.

‘Aquila’ is Italian for ‘eagle’ and therefore the translation could abstractly be both ‘Bank of L’Aquila’ and ‘Bank of the Eagle’. The examiner considered this point and concluded that the remaining words ‘banca dell’ had a highly descriptive meaning, and that the BANCA DELL’AQUILA mark as a whole could therefore be considered almost identical to the Swiss mark AQUILA.

It is unlikely that anyone in Italy would confuse the word ‘aquila’ with the city name ‘L’Aquila’; however, the case was handled with the usual abstract approach, with no consideration for potential interest from the citizens of L’Aquila in having a bank using their city’s name.

The brand that represents the bravest choice in the banking sector in the past decade was chosen by Italy’s oldest, largest and most powerful private bank, Mediobanca, for its public bank, CheBanca! (in English, ‘what a bank!’).

In a world of geographical brands and acronyms, a brand name made up of an exclamation and a very well-executed and strong advertising campaign represented a truly unusual choice that perhaps signalled the registrability of the brand, at least in Italy.

But the same fate did not affect the filing of the EU trademark, which was refused for being clearly descriptive. The trademark CHEBANCA! was recently the basis of an opposition case against the mark CHE CASA (in English, ‘what a house!’) and a device for financial and real estate services (see Che Banca! v Che Casa).

The opposition resulted in a negative decision for the owner of the name Che Banca!. This was followed by an appeal to the Board of Appeals of the UIBM (Appeal 7589, decided by Judgment 77/2017). The appeal also ended negatively with a rather cold decision. The board stated that the only word in common between the marks CHE BANCA! and CHE CASA was ‘che’ and that “it does not seem admissible in our system, the appropriation in terms of the protection of the distinctiveness of an imperative, a mere exclamation, regardless of the verbal content of the sign”. This made CHE BANCA! a weak mark whose protection seemed to be identifiable only and exclusively against identical marks.

Victim of weakness – improve your image

In the light of these decisions, Italian financial marks seem to be victim to the same weakness that has characterised them for years. It may be true that bank customers do not use their banks simply for their names, but a strong and distinctive trademark is the first step to improving a bank’s image.